FINALLY it’s back, fellow mirrorball aficionados! Our beloved ballroom dancing reality competition is back for a thirtieth season and I am more than ready to critique celebrities and their dancing skills. There are contestants I love (Mel C!), contestants I loathe (Matt James!), and contestants who are so kooky that I can’t help but be excited (You better work, Jojo Siwa!). The first episode always introduces us to the clear front runners, along with the campiest dances of the season, so let’s get right into it. Get your scoring paddles ready, ‘cause it’s time to dance. 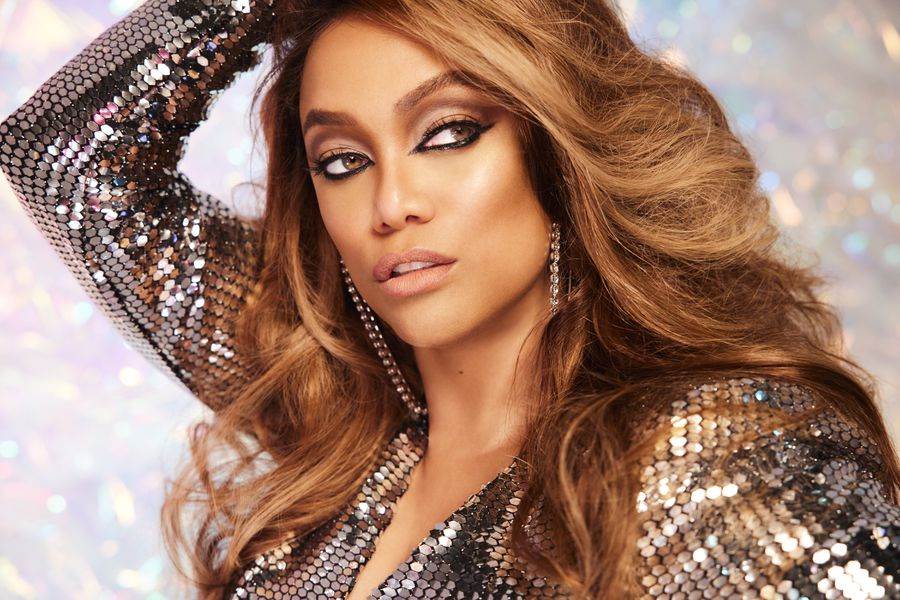 Melanie C – Cha Cha – Full disclosure, I love the Spice Girls more than I love any family member I’ve ever had. (Sorry, family.) I am here to support Melanie and her partner Gleb every step of the way. Obviously, she’s legally required to start dancing to “Wannabe,” which must be weird having to dance to your own voice. It was a totally solid first dance, with precise movement throughout. Bruno Tonioli is already starting out on his feet to scream at a contestant, but suggests more pronounced hip movement going forward. Also, Gleb is my new crush? Whoops. Judges Scores: 7 – SEHven – 6 – 7

The Miz – Cha Cha – He’s with Witney! I love Witney! The Miz…is something! Witney clearly choreographed to The Miz’s strengths, and throughout the Cha Cha, he improved. This was a clear instance of first dance jitters and stiffness, but again, within the minute dance number, his talent increased. Carrie Ann says he hit some moves too hard, so we’ll see how he is next week with that and his flat-footedness in mind. Judges Scores: 6 – 6 – 6 – 6

Iman Shumpert – Jive – NBA players don’t have a great track record on DWTS for numerous reasons. Daniella, his partener, noticed immediately that the height differential is a big problem to overcome. On top of that, NBA players usually don’t have that same musicality that other sports stars have on this show. Yet, Iman surprised me with his jive…the man slayed it! Incredible musicality and rhythm. I feel like the jive being his first dance was a boon for him, so I’m a little worried for future dances. Len found it too casual, but the other judges were able to find some bright spots. Judges Scores: 7 – 4 – 5 – 5

Olivia Jade – Salsa – Redemption arc time! Miss College Admissions Scandal herself is here to try and rebuild her image, and unfortunately, I’m already on her side being with Val. She did a very good job, you guys. I know, I’m not thrilled to announce that either! However, her salsa was a solid first dance that had a case of stressed-face-jitters. Carrie Ann compliments her great lines and legs, while Len appreciates the polished nature of the routine.

Jimmie Allen – Tango – Paired with Emma, I can’t help but root for them. That’s the deal with DWTS, you may feel indifferent about a contestant, but you love the pros so much you can’t help but be excited. Jimmie’s first dance of the season was totally decent. Derek appreciates his first week frame, while Len knows that tango won’t be his strong suit. The specificities, as Carrie Ann said, weren’t as present as needed, but I can see him doing very well as more “loosey goosey” dances are available to him. Judges Scores: 6 – 5 – 6 – 5

Melora Hardin – Tango – Melora! And! Artem! I am already obsessed with this pairing and I want them to go all the way! (I typed that without seeing a single dance.) Now, there were some small moments that were a tad iffy, but y’all, her lines were incredible! You better flick those legs, Melora Hardin! YOU BETTA! Derek is on his feet, while Bruno points out some timing issues. Judges Scores: 7 – 6 – 7 – 6

Suni Lee – Jive – She loves pizza, what a relatable queen! Suni is paired with Sasha, which is great to ease her dance fear. You can tell she was nervous, but even so, she did a phenomenal job for her ballroom premiere. Her flicks weren’t as confident as they could be, but Suni is one to watch this season. She was phenomenal, y’all! PHENOMENAL! Carrie Ann can see that she’s preparing like it’s a tumbling routine, which is a great note. All I know is that I love Suni oh so much and I want to be her friend? Is that allowed? Can I request a friendship?

Cody Rigsby – Tango – I would like Cody Rigsby to marry me. Cody Rigsby and Cheryl Burke are a powerful pair, but would I be more powerful married to Cody? Yes. Yes I would. The dance starting on a bike stresses me out, but what follows is another situation of the nerves getting to him. The promise is there, but he needs to isolate his top half and work on adding some flow to his moves. Judges Scores: 6 – 6 – 6 – 6 (My score for him would be a 6, with an engagement ring attached.)

Amanda Kloots – Tango – Amanda has had a rough year. Her husband, Nick Cordero, lost his battle with COVID last year. However, she’s ready to feel his presence whilst dancing with Alan this year. This co-host of The Talk was also a Rockette, you guys. Like, a ROCKETTE. She knows precision. She knows dance. As far as the tangos of the episode, Amanda’s is far and away the best. I can really see her taking the ballroom by storm this season, and if the fans get behind her, she’s an early favorite for the mirrorball trophy. Judges Scores: 7 – SEHven – 7 – 7

Martin Kove – Paso Doble – Paired with Britt Stewart, this Karate Kid actor is confidently ready to tackle the ballroom. However, as expected, he is not good. He is off time, he’s barely moving. He’s not sharp, but he’s having fun, which is nice! These are the moments where I have secondhand embarrassment. They keep mentioning that there was no real content, which is true. Derek even says he seems not prepared. Judges Scores: 4 – 3 – 3 – 3

Kenya Moore – Foxtrot – This Real Housewife is paired with Brandon and I like the Beyonce influences already. Brandon is adorned in the most gorgeous pink suit, which has nothing to do with the dance, but I needed to share. Her first foxtrot was an excellent first dance and her lines were quite nice to start! She wasn’t really on my radar for succeeding, but this is a phenomenal first dance. Kenya’s excitement about doing well had ME excited! We love to see it!

Christine Chiu – Tango – Star of Netflix’s Bling Empire has entered the ballroom paired with Pasha and she states she’s a DWTS superfan. You can tell her superfan status, as she clearly wanted to have the best posture of the cast. It shows! She is slaying the posture game and did a really spectacular job to start. Carrie Ann literally says “Your back is beyond,” which is a hilarious compliment in and out of context. Then, we nonchalantly found out her rib was dislocated during practice and still is in bad condition. What an icon!  Len mentions some foot issues and Derek suggests she gets lower to add some better polish.

Matt James – Cha Cha – Paired with my queen Lindsay Arnold, I’m bitter because I now have to root for them at least a little bit. This man did a full cha cha and remains incredibly bland to me. He was totally fine, nothing to write home about. I have nothing else to type. Len wants more hip action. Judges Scores: 6 – 6 – 6 – 6

Brian Austin Green – Foxtrot – He’s dancing with Sharna? And he’s DATING Sharna? This is the greatest moment of my life. He was a bit stiff for first dance jitters, but decent posture and the immediate chemistry hook is such a coup for the pair. Carrie Ann calls out being mesmerized by Sharna the entire dance, and Len states that his feet need work. He also states, and correctly, that this season is incredibly solid to start! Wowza! Judges Scores: 6 – 6 – 6 – 6

Jojo Siwa – Quickstep – An American DWTS first (which is incredibly behind the times with other iterations of the show) has her dancing with a female partner. Jojo is paired with Jenna and ready to take the ballroom by storm and my little gay heart is already emotional by the representation. I’m calling it now: Jojo Siwa is winning this season. The energy is unparalleled. The quickstep was phenomenal, even with the slip. Judges Scores: 8 – SEHven – 7 – 7

A fun premiere, a lot of great performances, and a season full of potential. Here’s to DWTS this season, let’s do this!