In Our Kind of People, Angela Vaughn inherits a house in Oak Bluffs, Martha's Vineyard where she introduces her business, Eve’s Crown. A haircare line that highlights the natural beauty of Black women, Angela expects the affluent Black community to embrace her and the business she started, but she soon finds a dark secret in her mother’s past. Inspired by the novel Our Kind of People: Inside America's Black Upper Class by Lawrence Otis Graham, the cast and producers recently joined together at the TCA Summer Press Tour to talk about how the show celebrates natural hairstyles and why it’s so important. 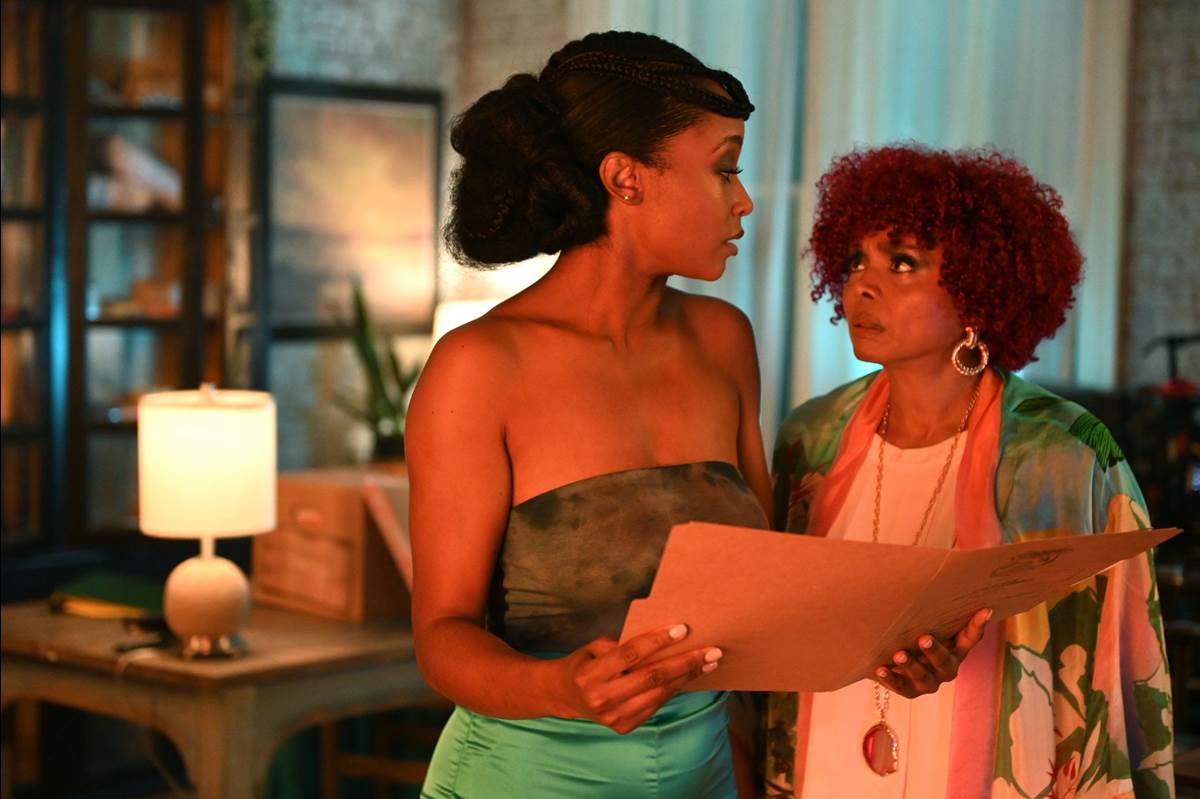 “I've been doing this since I was 16-years-old,” Debbi Morgan explained, who added that in her youth, she either had to arrive at an audition with straightened hair or a wig. “Before I got this show, I wanted to start growing locs and I realized that I might get a part where I was going to have to wear a wig or something because they wouldn't want locs.  And then when this came along, I was so excited and I went to Karin [Gist, showrunner/executive producer] and I was like, ‘I'm growing locs,Karin, is that going to be okay?’ And she, like, ‘Great.’ My locs were very short because I was just starting to grow them and we had this scene where I had this wig and I had given it to Yaya, Angela's character, to wash… I just love it and this topic has never been explored on TV before.”

“This is one of the things that made me say ‘I have to play this role,’” Yaya DaCosta shared, who stars at Angela Vaughn, who has been a natural hair advocate her entire career. “To see the movement blossom and then to come into 2021 and be offered a part like this felt like everything just coming full circle and the world being ready finally when they weren't before. I used to walk around the mall in L.A. with a frohawk and get laughed at by women that look like me but just had straighter hair. And so now we've evolved into this space where any choice that we make for ourselves is okay. It should be celebrated and that's why we have The CROWN Act happening this year that literally just gives us, women with textured hair, permission to be as we are, to not get kicked out of school, to not be forced to cut our locs off in a corporate environment, all of that.”

“The people in our hair and makeup trailer are doing a great job of allowing us to be the most comfortable in our skin and then, as actors, go and do what we have studied for years to do and to be able to represent our culture,” Rhyon Nicole Brown added, who plays Lauren Dupont. “It's such a taboo when you have to sit in a hair and makeup trailer and explain to someone how to do your hair or how to do your makeup because Black skin and Black hair is just different. And it feels great to be able to go to work every day and just be comfortable in who you are and having people also surround you and make you feel comfortable in being comfortable.”

“I remember a time where there were only two kinds of makeup for Black people, and that was Negro No. 1 and Negro No. 2, and that was it,” veteran actor Joe Morton revealed, who plays Teddy Franklin. “I would go into a makeup trailer, walk out, and then redo my own makeup, I always did. When I had hair, I always did my own hair because there was nobody in that makeup trailer that I could trust. And walking into a makeup trailer is like putting on a mask, you are beginning to develop your character, you are beginning to see what that person looks like, how he feels.” Yaya DaCosta agreed with this feeling, sharing that on other projects, she would go to her own hair stylist and arrive on set with hair and makeup completed ahead of time.

“The progress that has been made in the industry from the time that I did Empire to now is vast,” executive producer Lee Daniels remarked. “It seems like there's a wake-up call in America. There's a wake-up call in Hollywood that we have to tell our own stories and do you our own hair and embrace ourselves. It's been life-changing for me. Just in that little bit of time on Empire, I saw myself fighting all the time and just letting go this time and letting the white establishment know that we've got this, that we can tell our own stories, do our own hair, and do our own show. It's been beautiful.”