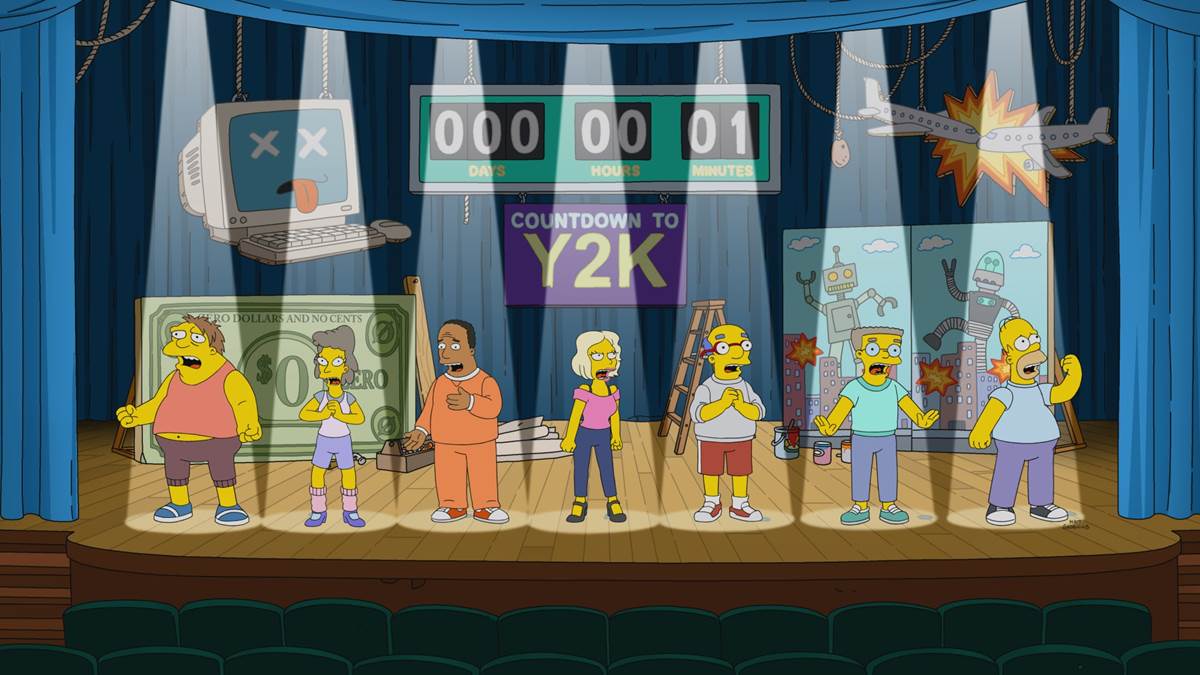 Music has been a big part of The Simpsons from pretty much the very beginning of FOX’s long-running animated sitcom. I remember rushing out to the store to buy (or make my mom buy for me, rather) The Simpsons Sing the Blues, an album of catchy musical recordings performed by the show’s voice cast in 1990. Later, there was Songs in the Key of Springfield and its sequel The Simpsons Go Simpsonic— both collections of memorable original music from the popular show itself.

Now, The Simpsons is returning for its staggering 33rd season on FOX with another musical episode– let’s not pretend this hasn’t happened before– this time featuring the vocal talents of Frozen star Kristen Bell. 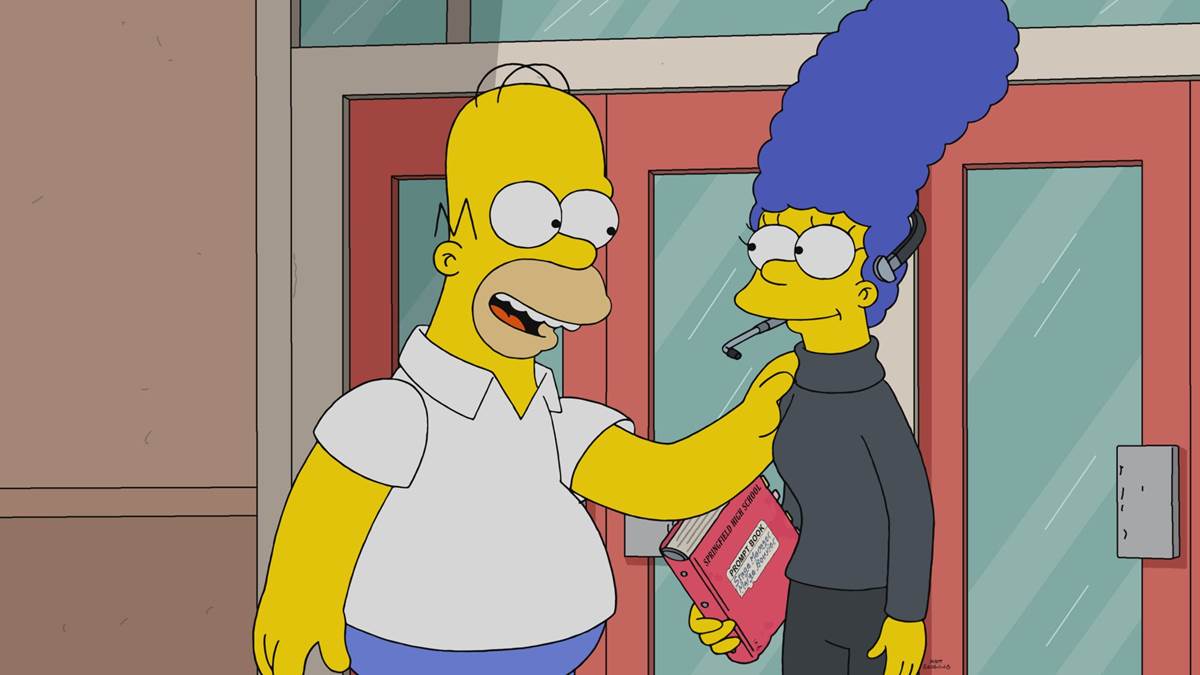 In The Simpsons’ season 33 premiere, entitled “The Star of the Backstage” (full recap coming to LaughingPlace.com when the episode airs on Sunday night), Marge (voiced, as always, by Julie Kavner) rediscovers her love of musical theater when her old high-school drama teacher passes away. She revives a show she put on as a teenager called Y2K: The Millennium Bug— gotta love The Simpsons’ ever-shifting timeline, as I’m now evidently older than Homer and Marge, though when the show started I was Bart’s age– and reunites with an old friend named Sasha Reed (The Unbreakable Kimmy Schmidt’s Sarah Chase). After high school, Reed had moved to New York City to become a Broadway star, but here she returns to Springfield to join Marge and company in putting Y2K up one more time.

It’s a funny premise, and I loved the hilarious specificity of some of Y2K’s songs: “How will I stay alive, when all of the computers think I died?” but I kind of wish the episode had acknowledged Marge’s past in musical theater on the show through the course of the series. How could anyone forget Mrs. Simpson’s starring role as Blanche DuBois in Oh, Streetcar!, a musical adaptation of Tennessee Williams’s straight-faced play A Streetcar Named Desire? Apparently the writers of “The Star of the Backstage” have chosen to ignore that particular escapade in favor of simplicity, which is fine, but I would have appreciated even a throwaway reference. Regardless, it’s pretty fun to hear Kristen Bell as Marge’s semi-magical new singing voice belting out toe-tapping tunes by Crazy Ex-Girlfriend songwriters Elisabeth Kiernan Averick and Jack Dolgen. 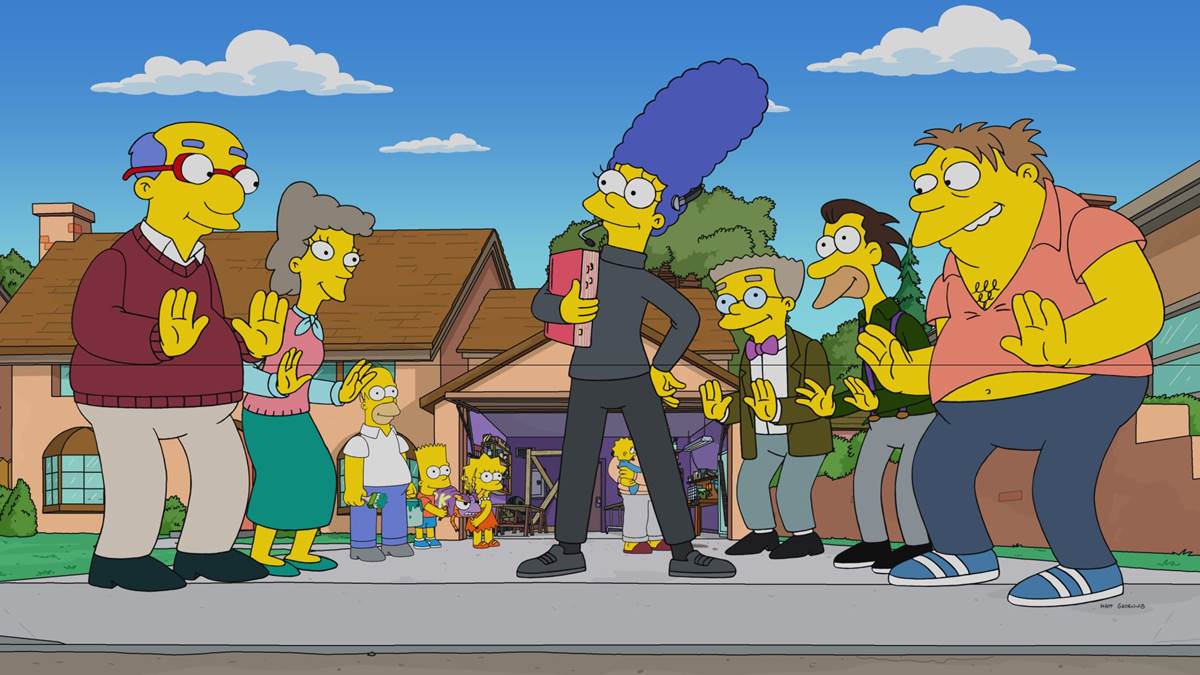 I also liked the collection of characters that were assembled to form Marge’s cast (who knew Mr. Smithers, Lenny, Barney Gumble, Kirk Van Houten, and Helen Lovejoy all went to high school together?) and it’s no surprise that Homer gets in more than a few quotable lines after he joins the Y2K cast: “When I’m onstage and it’s not my turn to talk, can I look at my phone?” But the episode takes an ever-so-slightly more series turn when it evolves into a rivalry between Marge and Sasha, and though it of course ends on a happy note after tying everything up, there are some sincere moments involving themes of nostalgia for the heyday of youth, not living up to one’s potential, and the virtue of being able to admit when you’re wrong.

Thinking about The Simpsons on the whole, it’s a little strange to be sitting here at the age of 41, writing about a show that started when I was 9 and is still going strong with no obvious end point in sight. One musical moment from a clip show in season 13 featured a parody of Billy Joel’s “We Didn’t Start the Fire” called “They’ll Never Stop the Simpsons,” and it’s kind of crazy to realize that the show wasn’t even at its halfway point when that episode aired. With season 33 just kicking off, we’ve got plenty more adventures with Our Favorite Family coming our way, and ultimately I suppose I find that comforting. I don’t think I’ll ever really feel old as long as The Simpsons is on the air.

The Simpsons season 33 premiere, “The Star of the Backstage,” will air this coming Sunday, September 26 on FOX.