Nine Perfect Strangers wraps up the season with their final episode “Ever After”. Will the extreme treatment protocol work? Are the guests of Tranquillum House going to survive? 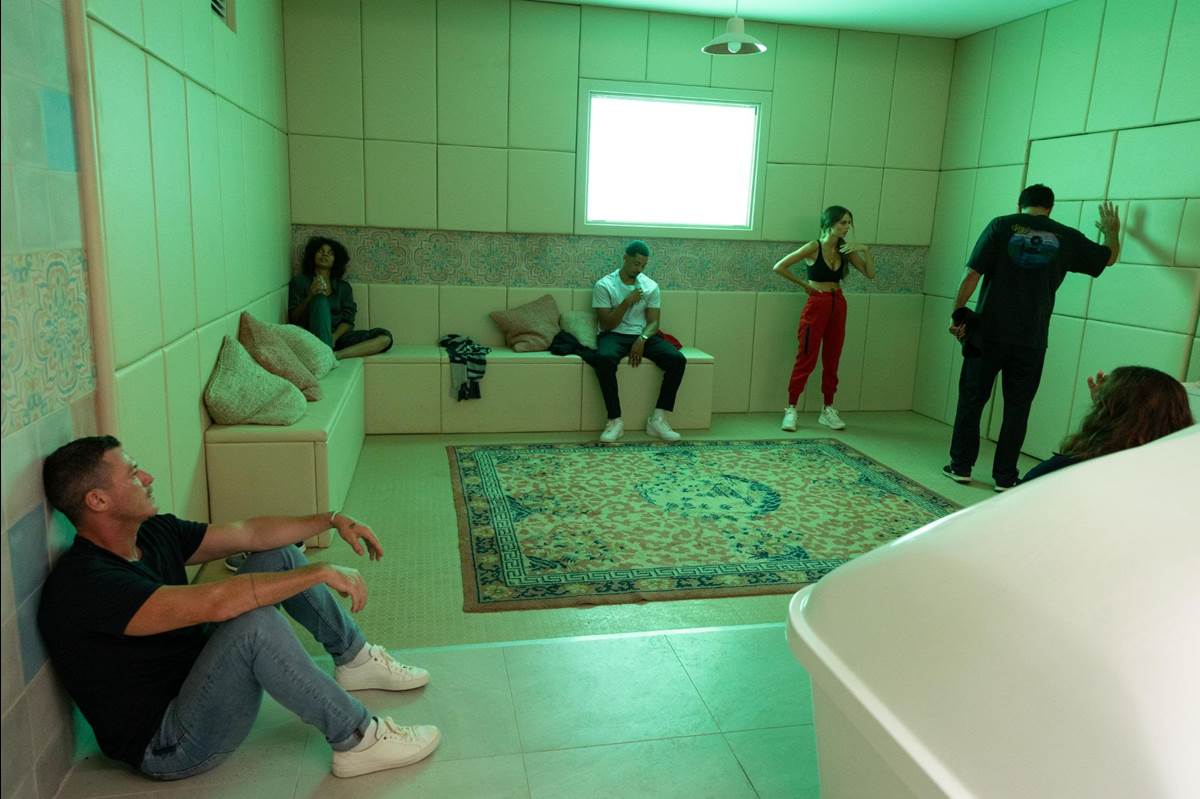 Masha (Nicole Kidman) and Carmel (Regina Hall) continue their discussion from the previous episode. We learn that Carmel was the one who shot Masha years ago and has been the one sending threatening texts. Begging Masha to call the police, the guru refuses and forgives Carmel for what she has done.

Francis (Melissa McCarthy) approaches Tony (Bobby Cannavale) at the pool trying to apologize for turning him away. She admits that when she is nervous, she struggles with what she wants to say, and apologizes for ending their blossoming relationship. Tony is quick to forgive and asks her to leave with him and Francis agrees.

Masha heads for her rendezvous with the Marconi’s. When she finally joins Napoleon, Heather, and Zoe (Michael Shannon, Asher Keddie, Grace Van Patten) another roadblock is thrown in front of her psychedelic treatment. Lars (Luke Evans) explained to them that Masha is hoping this experiment will work so that she can connect with her deceased daughter. Quickly, Masha allays their fears and the four of them begin to meditate, while Lars videotapes from the periphery and Yao (Manny Jacinto) monitors their health.

Between Delilah (Tiffany Boone) going to the police, Carmel having an out of body experience in a sensory deprivation chamber, and Francis and Tony leaving, the action goes back to the woods and the Marconi experiment. Zoe thinks she hears Zach and leaves the group with Masha following close behind. While Carmel is rediscovering the joy of her kids and life through her hallucinations, the Marconi’s are desperate to see Zach (Hal Cumpston) one more time.

Napoleon’s overreaction to a nosebleed brings the ethereal spirit from within and Zach is standing before his family teasing his dad. This is the moment that Heather, Napoleon, and Zoe have wanted. Each of them questions why Zach killed himself, and his response is that there really is no definitive answer. Napoleon is tormented by the sound of his alarm clock which he slept through on the morning of Zach’s death. Lars having watched this intense drama from the sidelines shuts off the camera and leaves.

Back at the lodge, Francis and Tony are searching for their car so that they can leave when they meet up with Ben (Melvin Gregg) and Jessica (Samara Weaving). Hearing Carmel scream from her locked room, the group tries to assure Carmel that they will get her out, which brings a confrontation in the woods between the group and Masha. Leaving the Marconi’s, Masha slyly locks Tony, Francis, Ben, Jessica, Carmel, and Lars in the room so that she may return to the forest.

While Napoleon continues to hear his alarm clock, the group in the lodge fear for their lives as they smell smoke. The belief that the building is on fire brings. Faced with the possibility of death. The guests reflect on what they were like and what they would do should they survive.

Napoleon has chased the sound of his alarm clock until he sees Zach once again. Talking with his son, Napoleon describes how he won the Teacher of the Year award seven times. He has drawers filled with cards from parents and students praising him for all that he did for them. Napoleon’s biggest heartache is that he was able to help so many other kids but feels like he failed his son. To Napoleon, he failed the only boy that mattered.

Joined by the rest of the family, Zach offers some advice to his parents and sister. The alarm that Napoleon keeps hearing isn’t a reminder of what he didn’t do the day Zach died, but it’s an indication that time is up on mourning him. Zach implores them to separate him from the day he died.

Having gained a better understanding of their pain, Zach leaves and the Marconi’s are now left to build on what they have learned. Walking back to the lodge, Zoe sees snow, and leads Masha to her own reckoning. On a hill led by Zoe, the snow swirls into a storm where Zoe is lost and replaced with Tatiana (Alyla Browne). Masha’s hurt at losing her daughter is replaced with joy as she gets to spend a few more minutes with her child.

Yao frees the group trapped in the basement and explains to them that they were never in any danger. Though controversial and alarming, the simulated fire was meant to motivate patients to make a change by placing them in an extreme circumstance. Angry at how they were treated they all make their way to the hillside, where they see Masha content as she rocks her imaginary daughter while singing to her.

Delilah arrives with the cops, and Masha is taken away for questioning.

Beyond Tranquillum House we see how the nine perfect strangers have progressed. Tony and Francis start their relationship off by going to dinner. From there, we watch as Francis writes at the table while Tony succumbs to a nap. Far from the dinner table in the weeks and months, and year after their visit to Tranquillum looking to be cured, we see nine very different people.

Yao and Delilah have joined the Peace Corps. Carmel is healthy and content while discussing her mental health issues in group therapy. Ben and Jessica, who have had little to motivate themselves decide to buy Tranquillum House and throw themselves into wellness. Lars and Ray have reunited, and they now have a child together. The Marconi’s are happier than they have been, but they will always carry the scar of Zach’s loss with them. Francis and Tony’s relationship has blossomed with the two getting a dog and sharing a house. Tony has even reconnected with his daughters. Masha is speeding down the road in Ben’s car, seeing the image of her daughter, and a smile on her face. On the dashboard of the car is the latest book from Francis titled Nine Perfect Strangers. 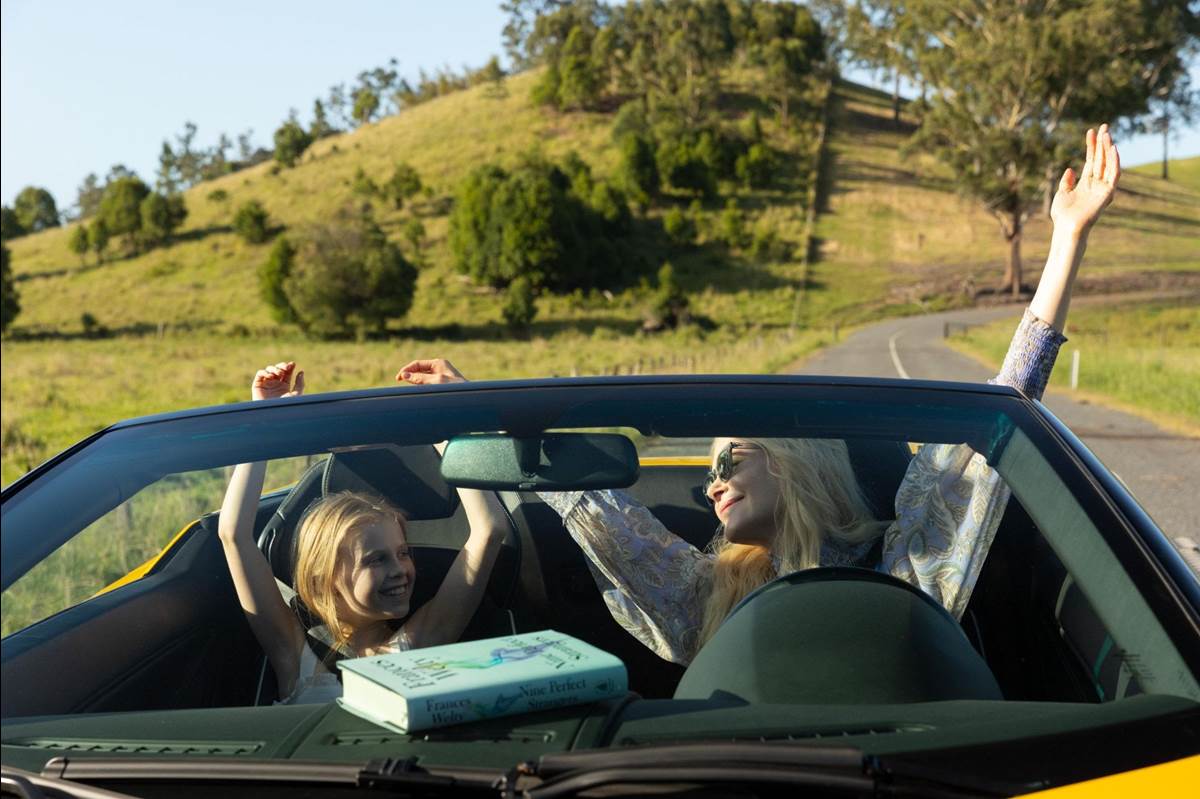 Incredible! I didn’t think the show could ramp up the emotions anymore then they had, but those final scenes between the Marconi family is heavy and will certainly bring tears to viewers eyes. Michael Shannon is going to be nominated for an Emmy. Michael Shannon deserves an Emmy. The way he delivers that heart ache as he describes not being able to help his son is haunting. The power this man brought to the role of Napoleon must not be forgotten by Emmy voters.

Nicole Kidman proves her ability to disappear into a role and create compelling stories that will hook viewers. I couldn’t help but root for Masha because Kidman makes her so sympathetic. At the same point, Kidman brings enough danger to Masha that it wouldn’t be surprising that Tranquillum House could end in disaster. Nicole Kidman is supremely talented, award worthy, and certain to be on stage multiple times this coming year for Nine Perfect Strangers.

I loved how there were hints about when this show was filmed. The last episode used the term lockdown and social distancing. COVID-19 is not mentioned but those few choice words are sly nods to the times.

I expect this won’t be the last we hear about Nine Perfect Strangers, and I look forward to seeing this show honoured with many awards to come.