“I’m like the ringleader, I call the shots” – Lyric from “Circus” performed by Britney Spears, written by Lukasz Gottwald, Claude Kelly and Benjamin Levin. Released November 28th, 2008, nine months after the pop star was placed under a conservatorship. She wasn’t calling any of the shots, as we now know, and in the new jaw-dropping documentary Controlling Britney Spears, part of the FX and Hulu series The New York Times Presents, the extent to which the basic human rights of one of the most famous women in the world were stripped away are revealed in new details from whistleblowers. Some of them will be familiar to members of the Britney Army, some are new faces. As bad as you thought things were, Controlling Britney Spears proves that it’s so much worse. And it all happened while we had all eyes on Britney Jean Spears in the center of a ring. 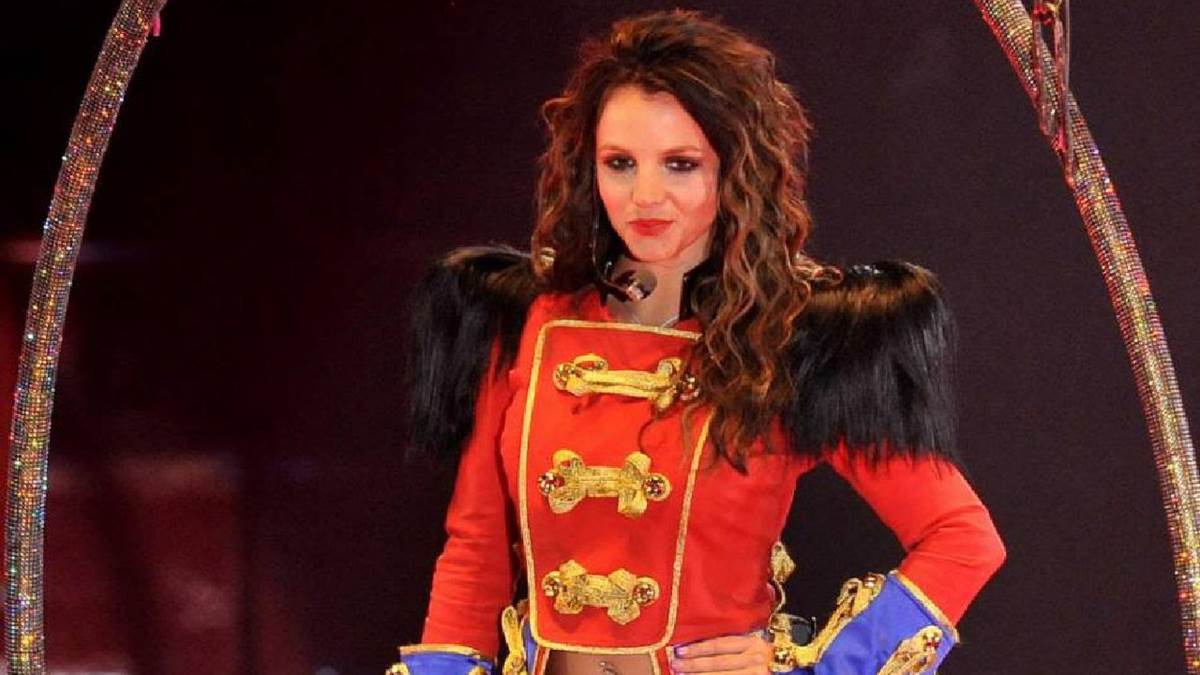 “I must confess” that this review may be a little biased. I’m a huge fan of Britney Spears and have been since the moment “…Baby One More Time” made its way into my eardrums on KISS FM back in 1998. I’ve been following the Free Britney movement since that first voice message dropped on the Britney’s Gram podcast that kicked off the movement. In fact, when The New York Times Presents: Framing Britney Spears came out, I was highly critical of it. I praised it for giving Britney’s story a bigger platform, but also wrote an opinion piece about what it got wrong, particularly what was left out of it. Names like Lou Taylor and Larry Rudolph weren’t mentioned, it didn’t dive into who Jamie Spears is as a person, it didn’t represent who Britney Spears is as a mother, and it ultimately framed Britney as a victim, which she certainly is, but we know she hates that. In fact, she spoke out against the piece and has also been vocal about not supporting the upcoming Netflix documentary. Controlling Britney Spears was announced this morning, hours before it airs simultaneously on FX and Hulu at 10:00 pm ET.

Heading into Controlling Britney Spears with the same degree of caution, my jaw quickly dropped to the floor and I’m still having a hard time scooping it up. I sure hope the podcasters are ready because there’s going to be a lot to dissect. There are two familiar faces from Framing Britney Spears in this follow-up, Liz Day, who serves as producer, and Felicia Culotta, who needs no introduction but for the unfamiliar, she’s Britney’s former and longtime assistant, beloved by the Britney Army (that’s been the name of Britney’s fanbase since before the Free Britney movement gained traction, but it feels extra fitting now). I’ll start by saying that if you thought you couldn’t love Felicia more, you were wrong. One of the most unforgettable moments of the new documentary is watching her tear up as she addresses Britney through the camera and talks about what she would say to the star she’s supported her entire career if she were allowed to speak to her now.

Breaking their nondisclosure agreements and risking lawsuits and industry blacklists, two new faces speak for the first time publicly: Trish Yates, head of wardrobe on Britney’s live shows from 2008-2010 and 2013-2018, and Dan George, promotional tour manager for the Circus Tour. As before, anyone interviewed who has worked with Britney directly has roses featured in the background (a nod to Britney’s Instagram Project Rose?). They both give their firsthand accounts of seeing the headliner be completely controlled by the conservatorship team, going into specifics about who else was a key player besides Jamie Spears. Trish’s anecdotes are among the most emotional, giving the aura of being a true friend with Britney’s best interests at heart. She shares how she found ways around some of the conservatorship’s most bizarre restrictions, like blocking Britney from purchasing a pair of Sketchers during her Las Vegas residency, claiming she “Didn’t have the money” to afford them…

But the most damning, the most shocking, and the most twisted reveals come from a member of an organization that I had yet to hear brought up in the Free Britney movement: Alex Vlasov, executive assistant, operations and cybersecurity manager of Black Box Security, who was assigned to Britney Spears from 2012 to 2021, stepping down after Britney’s testimony on June 23rd where she opened up about her experience. The things he says are very disturbing and, alongside Britney’s reports of an IUD that the team won’t let her remove in order to have more children, what he shares are among the biggest human rights violations in the entire conservatorship. He admits at the end that he’s not sure what will happen to him now that he has come forward. While the things he’s done are hard to stomach and will likely prompt the Britney Army to jump on him, we should at the very least show some gratitude to him. Had he not come forward, we might never have this public pressure on the legal system to do the right thing by Britney Spears from this new testimony. And when Britney said on June 23rd that “These people should be in jail,” she was not kidding.

The documentary ends with a few statements, namely that the team behind The New York Times Presents reached out to Mathew Rosengart asking for Britney’s participation (he declined on her behalf), but he does supply a statement about what was revealed by Alex Vlasov’s interview, some of which is corroborated in stories by Fe and Tish. The statement ends with “We intend to fully and aggressively investigate these matters,” which gave me a modicum of comfort following the heavy exposé. The team also reached out to other entities and received statements from lawyers that represent Tri Star Sports & Entertainment Group, Black Box Security and Jamie Spears (from Vivian Thoreen, who appeared in Framing Britney Spears as the counter-argument to the Free Britney movement).

If Britney Spears were to watch The New York Times Presents: Controlling Britney Spears, would she like it? We know that she “Welcomes and appreciates the informed support of her many fans,” according to her former court-appointed lawyer Sam Ingham, and what this ultimately does is give us information that may not have otherwise ever been revealed. With Britney Spears seemingly getting closer to gaining back her agency and doing what the Free Britney movement hoped to accomplish, I think that of all the documentaries out there, this one is the most likely to get her stamp of approval. There are even messages in it just for her, should she be allowed to watch it.