The 1971 Disney musical classic feature film Bedknobs And Broomsticks has been brilliantly adapted for the stage and is currently touring the U.K. and Ireland after it’s world premiere in Newcastle Upon Tyne on August 14th, 2021. We joined along for the fourth stop of the tour at the gorgeous Milton Keynes Theatre. Following the original story of the Rawlins children, Eglantine Price and Emelius Brown – this brand new show was adapted for the stage by Disney Theatrical Productions, producer Michael Harrison and the award-winning duo Candice Edmunds and Jamie Harrison. Featuring the nostalgic tunes from the legendary Sherman Brothers, audiences will notice a few new original pieces created by Neil Bartram and book by Brian Hill.

“It’s interesting to us that the Shermans seemed to flourish when tackling British Stories.” Brian says about the brothers. “Maybe there’s something about the meticulous clarity and efficiency of their writing that fits this world so well.” 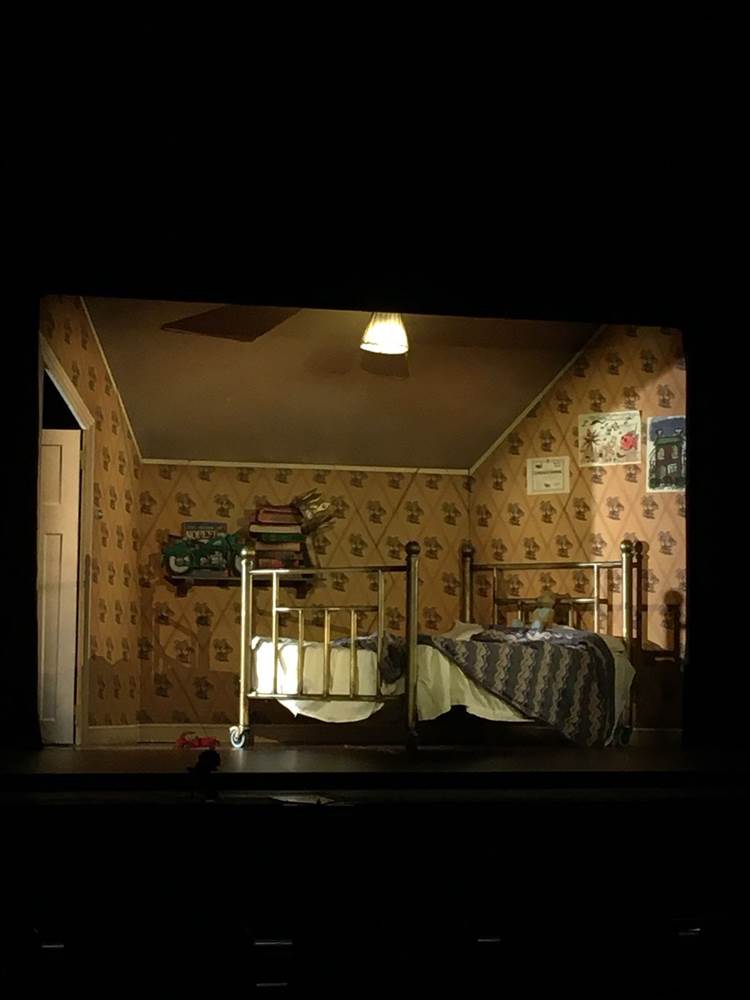 Fans of the Sherman Brothers will notice a subtly medley of their catalogue throughout the show – quietly tying in songs from the similarly British Mary Poppins and even theme park references such as “There’s A Great Big Beautiful Tomorrow”.

Act one is centered more-so around the “real world.” The Rawlins children become orphaned during the war, speculating about the woman they’ll end up with and Miss Price herself feeling bewildered by the pressure of suddenly having three children to care for – as well as the pressure of secretly training to be a witch. Dianne Pilkington (Les Misérables, Sweeney Todd, Cinderella, Wicked) plays the role of Eglantine Price with a perfect mixture of maternal grace and adventurous spirit.

Charlie, Paul and Carrie Rawlins are played by Conor O’Hara (Guys & Dolls, Fiddler On The Roof), Hayden Court (Matilda) and Isabella Bucknell respectively – all three of whom shined spectacularly in this performance, showcasing their lovable British charm and vocal talents. 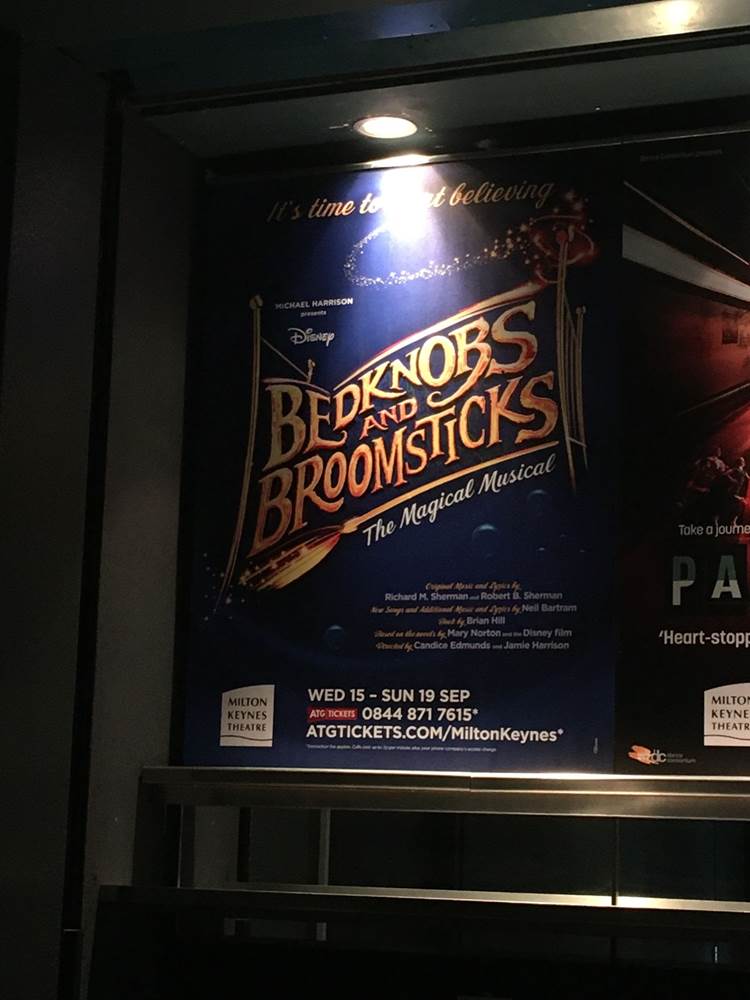 The silly and eccentric Emelius Brown is portrayed by Charles Brunton (Nine, Oliver!, Beauty and the Beast), who brings many of the illusions to life and helps the transition from the “real world” of a war-torn London and Portobello Road to the more fantastical one we see in Act Two – where the gang end up in the animal filled world of Nopeepo. In Act Two we also get to see an incredible cast of puppet Nopeepo residents – ranging from singing, glowing fish to a life-sized lion King Leonidas.

Jamie Harrison is the man behind the vibrant set and illusion design. The iconic magical bed is one of the stars of the show –with Jamie’s illusion tricks wowing children and adults alike. After the first look at the flying bed and broomstick, school children and adults poured into the lobby for the interval, all asking the same question – “how did they do that?”. There are a number of perfectly executed tricks throughout the show (including a genius silhouette created by the broken set pieces at the end of the show), giving audiences the same wondrous feeling they had when watching the original film. It really is magic! 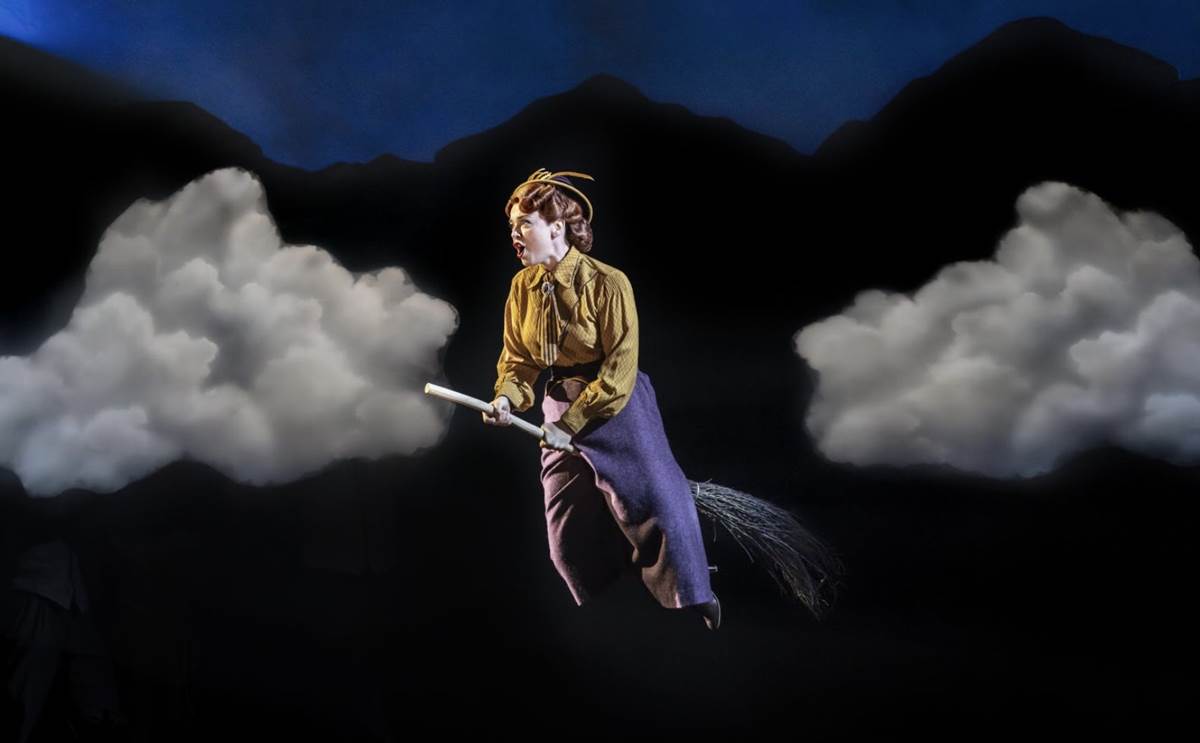 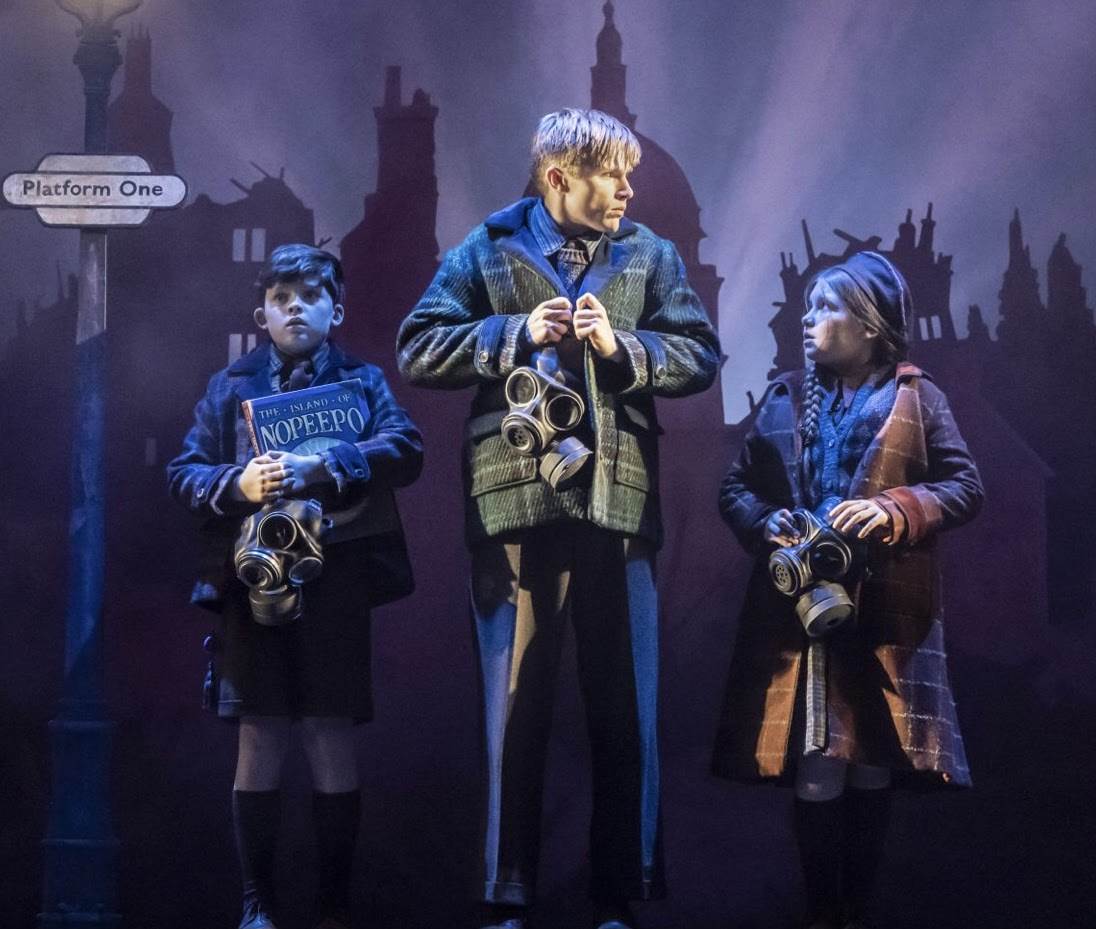 Costumer Designer Gabriella Slade (SIX, In The Heights) has created a stunning wardrobe of outfits that tie all the illusions, fantasy and reality together. Some of the stand-out numbers include the loud, full company “Portobello Road” (choreographed by Neil Bettles) that had most of the audience humming the tune when leaving the theatre, and the romantic “Nopeepo Lagoon” that features glittering iridescent costumes and a flurry of puppets. Brunton and Pilkington showcase genuine, wholesome chemistry which has everyone rooting for the odd couple.

From start to finish, this show captured the imaginations of every audience member –granting the cast and orchestra a well deserved standing ovation. The cast perfectly executed the charming, oh- so-British energy that made audiences fall in love with the movie (and what made Walt Disney fall in love with the Sherman Brothers’ musical storytelling). The set immediately transported us to the different worlds, and the meticulously planned illusions kept guests drawn into those worlds. All of this was further complimented by the orchestra, lighting and costume design. This fantastical masterpiece runs until May 2022, making stops at theatres all across the U.K. and Ireland. For Disney fans both young and old, this is an absolute must-see, and we predict audiences will enjoy it for many years to come. You can check out the dates and purchase tickets here.