“I didn't want to necessarily make a documentary out of this story,” filmmaker Ry Russo-Young (The Sun is Also a Star) revealed about the HBO documentary series Nuclear Family at the TCA Summer Press Tour. Used to making scripted films, her original plans were to use her family’s story as the basis for a narrative film. “When I realized that I needed to tell it as a documentary, part of that was because I felt that a documentary could get me closer to the truth of understanding my own feelings, but I could also hear Tom's side of the story. And I could go to people that knew him and loved him, and I could hear directly from them.” The “Tom” to which she refers is her biological father, who was nothing more than her sperm donor until a lawsuit changed her entire family dynamic. 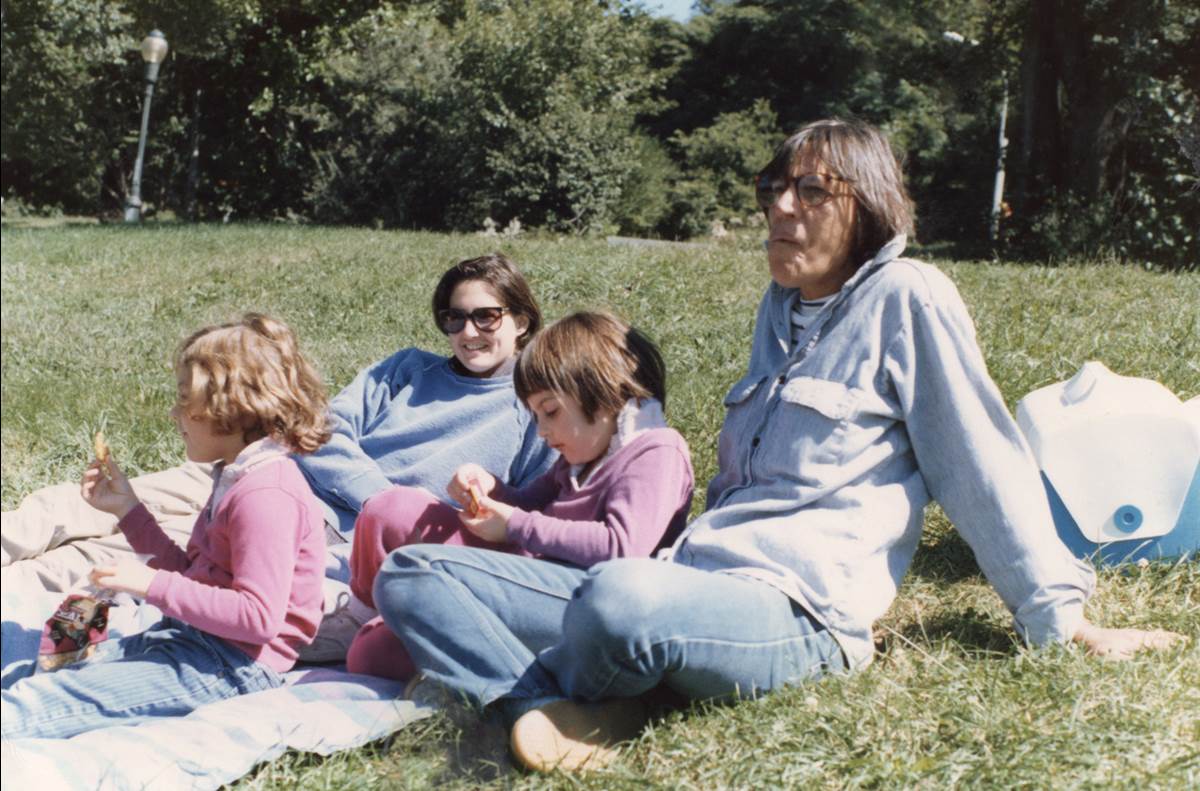 “Biology sort of trumped everything else,” Ry’s mother Sandy Russo explained about the unexpected lawsuit. “If a gay man was a donor and in a dispute with a lesbian couple or a single lesbian mother, the law recognized that relationship over any other partnership or non-biological family member… The whole focus of the law was the nuclear, heterosexual family,” she revealed about the documentary’s title. “That was the desired norm and anything outside of that could be deemed harmful to the child or not in the child’s best interest.”

As viewers will see, taking the comfortable life a child has with their parents and upending it is what’s really not in a child’s best interest. “There were two things functioning,” Robin Young explained, Sandy’s spouse who had no legal rights to her children because they weren’t biologically hers. “There was the power of DNA, biology, which the court and the world at that time thought was all-important, most courts. And then there was also some misogyny, which was just in the world also and therefore in the courts, so both were functioning together.”

Despite being in a loving, stable and committed relationship, the fact that Sandy and Robin were a same-sex couple meant that their family was deemed illegitimate at the time. Theirs wasn’t the only case like this and in Nuclear Family, Ry uses home movies that she couldn’t bring herself to watch for many years, new interviews with the people who inserted themselves into her family’s life, and unused footage from a PBS documentary by Meema Spadola from 1999 from when Ry was just 16-years-old. “Meema Spadola, the filmmaker, has since become a family friend and was kind enough to give me the raw footage,” Ry revealed. “When I look at that 16-year-old Ry, I definitely see a lot of myself in her, but I also feel at that time I couldn't embrace the nuance of my own feelings toward the lawsuit, towards my sperm donor, in a way that I can now hold all of the feelings at the same time, as contradictory as they may be.”

A lot of progress has been made in the two decades since the events of Nuclear Family, but there’s still a ways to go to prevent something like this from happening again, and not just in foreign countries. “Gay people who have children have to cross-adopt each other's children because certain states still don't recognize gay marriage and gay families,” Ry Russo-Young explained. But had their family not been through the ordeals that threatened to tear them apart, the case for same-sex marriage might not have been as legally sound. “Gay people can get married now and it means that they are recognized as legal families. And that fact allows them protections that my moms didn't have back in the day.”

By the way, had Nuclear Family become a scripted feature as originally planned, Sandy was hoping to be portrayed by Angelina Jolie. Nuclear Family premieres Sunday, September 26th, at 10:00 pm on HBO. Parts 2 and 3 will debut October 3rd and 10th.