What Once Was Mine is the twelfth book and newest addition to New York Times Best-Selling “A Twisted Tale” series. Written by famed “A Twisted Tale” series author Liz Braswell, Rapunzel’s tale stays close to the original story framework and vibe of Disney’s Tangled, and yet adds an arguably even more adventurous – and certainly darker – touch to the story.

In addition to having the chance to review the book, I was delighted to chat to Liz about her book, Tangled, complicated magic, Countess Bathory, motherhood and writing some pretty tricky Flynn Rider dialogue. 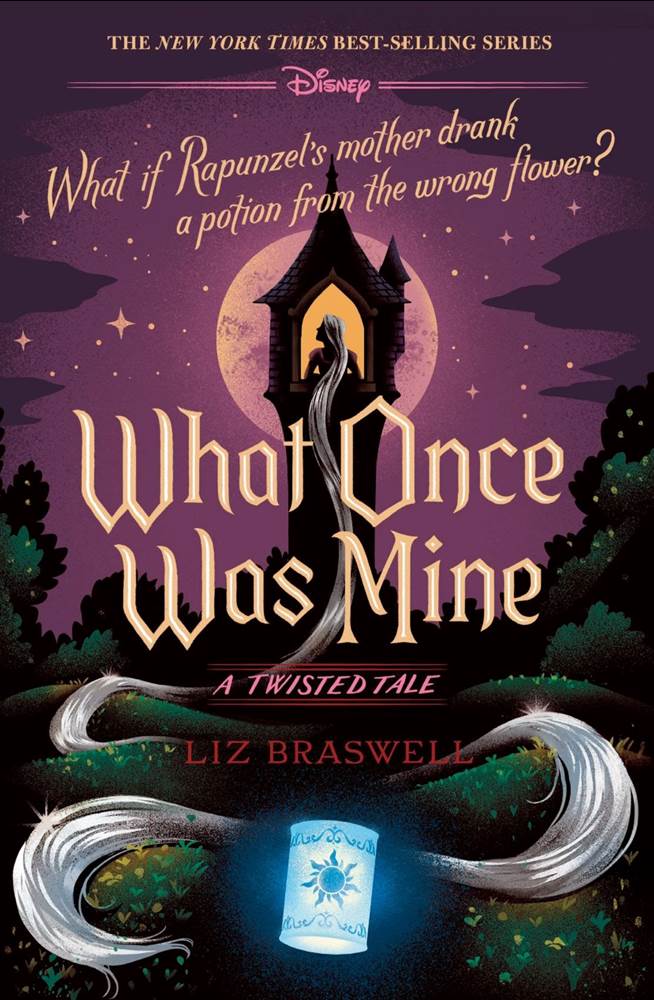 Jessica Salafia Ward: Hi Liz! Thanks for chatting with us. What Once Was Mine has now been released! How do you feel?

Liz Braswell: Oh my gosh what an end to summer! Exhilarated, celebratory…. desperately trying to find a first day of school outfit for my daughter… :) All the things.

JSW: How would you describe this book?

LB: A deeper look at the beloved characters in Tangled using the twist as a way to explore their inner life more? Or: a step into darker, more complicated magic and witchcraft with our hero leading the way? Or: almost five hundred pages of more time a reader gets to spend with friends from the movie!

JSW: What do you consider the most significant parts of Disney’s Tangled, as well as older versions of Rapunzel’s story, that inspired or otherwise provided some guidance for the story you wanted to tell in What Once Was Mine and why?

LB: Honestly, the most significant part of Tangled is Rapunzel's personality!  She's a heroine who spent her entire life alone and essentially imprisoned–and she never lost her mind, or her sense of wonder, or her enthusiasm. What looks on the surface like a manic pixie dream girl is actually a woman of amazing self control, direction, and drive to make her goals and desires come to fruition. She is relentless in the best possible way. I wanted to explore more in depth how a person like that reacts to a whole new world, and people.

The most significant part of the original story is the theme of motherhood: the pregnant woman who winds up giving away her child for a taste of rampion, the crone who wants a child and to keep her all to herself. The theme of motherhood is also very important in What Once Was Mine: did Gothel ever actually love Rapunzel? What about the Queen? What did she do all those years without her child, mourning? Is motherhood something Rapunzel would ever want, and whom would she see as a model?

JSW: What clear deviations from Tangled and other Rapunzel stories did you want to make and why?

LB: Oh, the hair and its power! I wanted more magic, and to go crazy into goodwifery, or witchcraft. I wanted to weave the moon into her story as completely as the sun symbol is in the original story. Also I wanted a counterpiece to Gothel, and to Flynn and Raps…more on that below!

JSW: I loved reading (in the epilogue) about how your sister inspired some aspects of this story. What does she think of the book?

LB: She was the one who came up with the idea of "murderhair!" She's all in.

JSW: We were surprised to meet infamous Hungarian serial killer Countess Bathory in this story. Tell us a bit about how she came to be in this version of events.

LB: Tangled takes place sorta at the beginning of the Renaissance, sorta in the middle of Europe. Polandish. I wanted to amp up the villain factor…  It all came together quite naturally.  Also…I was hardcore goth once upon a time. Bathory is an *excellent* bloodthirsty bad guy.

Although for her sake I should point out that all of the supposedly true stories about her bathing in the blood of virgins to keep her skin young are just that: stories. There is no real historic proof. Some say they were made up about her because the rest of the (male) nobles in (male-dominated) Europe didn't like such a strong female leader.

JSW: Gina and her mother, a kindly witch, are great original characters in this story. What was the brainstorming process behind including these two women in your version of Rapunzel’s tale?

LB: I felt that Rapunzel and Flynn needed a third wheel to sort of repartee and shine off of.  They are Heroes with a capital H; Gina is the sort of hero who does what she needs and stays out of the limelight. And her mother is there to stand in opposition to Gothel. She has real magic powers, is basically goodhearted and a great mother, but chooses to shun society. It is unclear whether Gothel has any real power but loves to manipulate everyone around her almost as if she did. And as far as being a mother goes…

JSW: What do you think are the key thematic takeaways, or what themes resonate most with you, from What Once Was Mine and why?

LB: Motherhood–which is not just about caring for a child and treating him or her well, but also being a good role model.

The intersection of privilege and experienced pain: Rapunzel is a princess (well, she finds out she is), but was locked away for almost twenty years. It's complicated, and if she is going to be a great Queen, Rapunzel must figure out a way to grow through these things that made her who she is.

Moon magic! ’Cause it's cool. 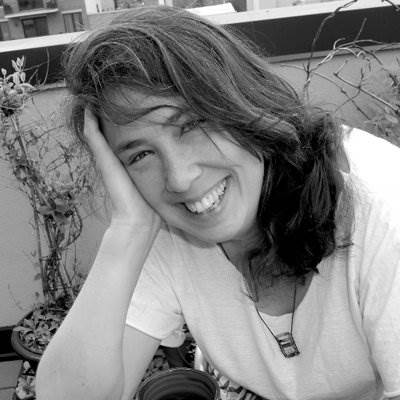 JSW: Who is your favorite character in What Once Was Mine and why? (Mine was Maximus. I love the twist you came up with for his character which I will not spoil here!)

LB: Hee, hee–I loved him too!  But Raps will always be my number one.

JSW: What relationships were important for you to explore in this story and why?

LB: Rapunzel and the world!  Where she thinks she stands in relation to different people, the literal ground, her hair and magic, her royal origins… She has to figure out who she is in a very short amount of time! And Raps and Flynn, of course.

JSW: Without giving too much away, what is your favorite scene or chapter in What Once Was Mine and why?

Jessica Salafia WardAt the Rapunzel and parents’ reunion scene at the end–when the Queen corrects her husband about who Flynn really is.  You have to read it, of course, but it was very satisfying.

JSW: What are your likes and dislikes, strengths and weaknesses, that you can share with us about writing What Once Was Mine vs other writing projects, including other A Twisted Tale novels that you have done?

LB: I like finally getting Flynn's dialogue right.  I dislike two scenes that I won't mention by name; they needed to be in the book but I felt they slowed things down too much.

Strength: despite the scenes mentioned above, it flows much more smoothly and quickly than my earliest writing.

Weakness: it was really hard to write during lockdowns. Everything took longer and more drafts. My family stayed healthy, for which I am incredibly grateful! But it was difficult to work up the energy to write during that time–something I've heard this from other authors as well.

Also what Rapunzel did during her isolation was, ironically, very similar to what we did. Puzzles, weird art projects, rereading favorite books… Life imitating art.

JSW: Out of the seven Twisted Tales that you have written to date, where does What Once Was Mine rank in terms of Most Fun to Write?

LB: FUN would have been either Part of Your World (mermaids!  And tentacle-y horror from unknown realms!), or As Old As Time, because that was a mystery and I had never written one before. I did a LOT of research–and mystery reading–for it.

LB: Rewarding was definitely drawing out a complex portrait of Rapunzel that still rings true.  Also the Maximus spoiler thingy. Challenging was Flynn's dialogue! He is constantly funny, snarky without being mean, loveable and adorable but someone who also makes you facepalm occasionally.

JSW: What is next for Liz Braswell?

I have my midgrade series Stuffed, which is about how Monsters are real and your stuffed animals really do protect you from them at night.  There's another secret Disney project I am not at liberty to discuss!

JSW: What do you ultimately hope readers get out of What Once Was Mine?

LB: A chance to think about the themes mentioned above…and some extra quality time with Rapunzel and Flynn and Pascal and Maximus and the Pub Thugs of course!

What Once Was Mine is now available wherever books are sold.