“I don't think the Disney Animation family has ever been stronger,” Encanto director Byron Howard said during an early virtual press day for the studio’s 60th animated feature. The film, coming to theaters on November 24th, will start with a special anniversary intro similar to the one seen before Tangled, the studio’s 50th film, also directed by Byron. “It's our hope that people, wherever they are in the world, will see the passion that we've all put into the film. But most importantly we hope they see themselves.” 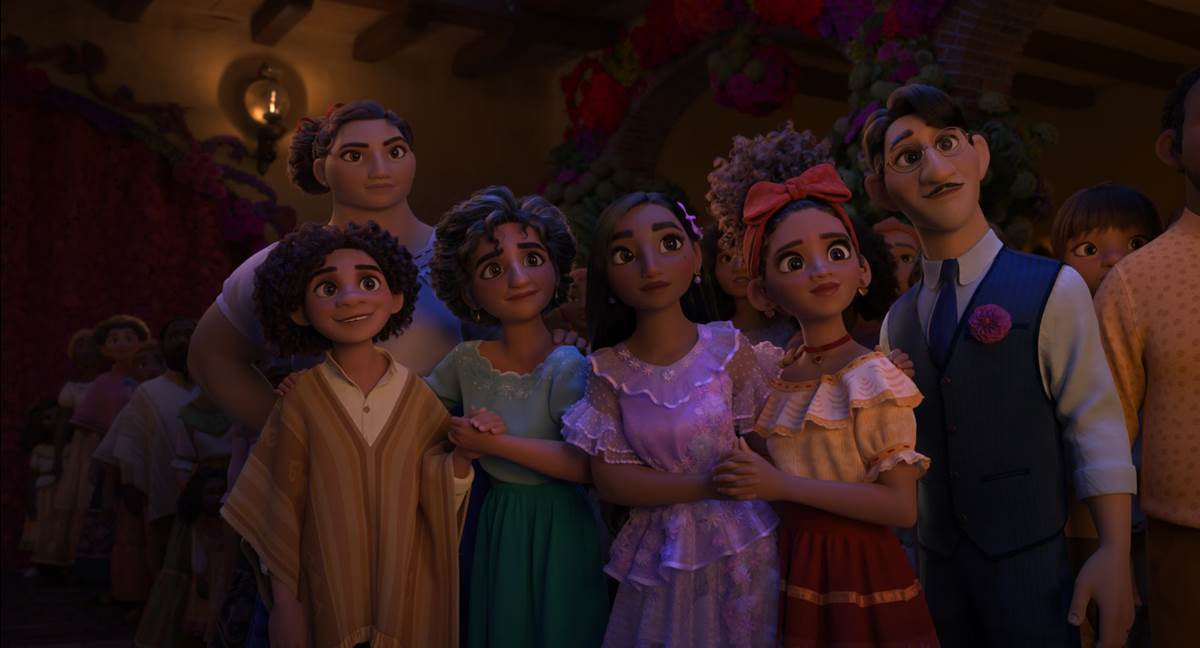 In production for five years, including 8 internal studio screenings and countless drafts, it’s almost time for the world to meet the family Madrigal. “We really researched our own families,” co-director Jared Bush revealed about the film’s universal theme. Disney fans will know Jared as a co-director on Zootopia, which he made with Byron Howard. Having a conversation with his sister, Jared realized that even though they were raised by the same parents in the same house, their experiences were quite different. “Once I could see that, I understood her better, because I finally had the context to do so. And that was really a lightbulb for us because we thought that's what this story should do. It should give us tools to understand each other better and help us truly see each other. Perspective and understanding, that is the foundation we started to build this movie on. Helping us see that everyone around us is fighting their own battles, and those battles and those choices have made each and every one of us who we are today.”

Screenwriter Charise Castro Smith is no stranger to magical realism and part of the fun of Encanto is a magical gift that gives each member of the family Madrigal a special ability. “We realized that if the family in our story lived in one of these magical Encantos, maybe the children born there would be kind of special, but special in a way that is a nod to family dynamics that we can all relate to,” Charise explained. “So there's a strong, dependable child who's the rock of the family. There's the perfect golden child whose happiness blossoms. There's a quiet kid who's not so comfortable talking to people, so he talks to animals. And there's the worrywart who can see the future, but only sees the bad things.”

All of the family madrigal members have magical abilities… all of them except the main character Mirabel. “She is the only ordinary child in a family blessed with these amazing magical powers,” Byron Howard revealed. “After spending her entire life trying to measure up to the rest of the Madrigals, Mirabel finds that she is the only one who has the power to save her beloved family and their magical home.” Mirabel is voiced by Stephanie Beatriz, who helped the filmmakers create the quirky central character and also improvised many of her lines. 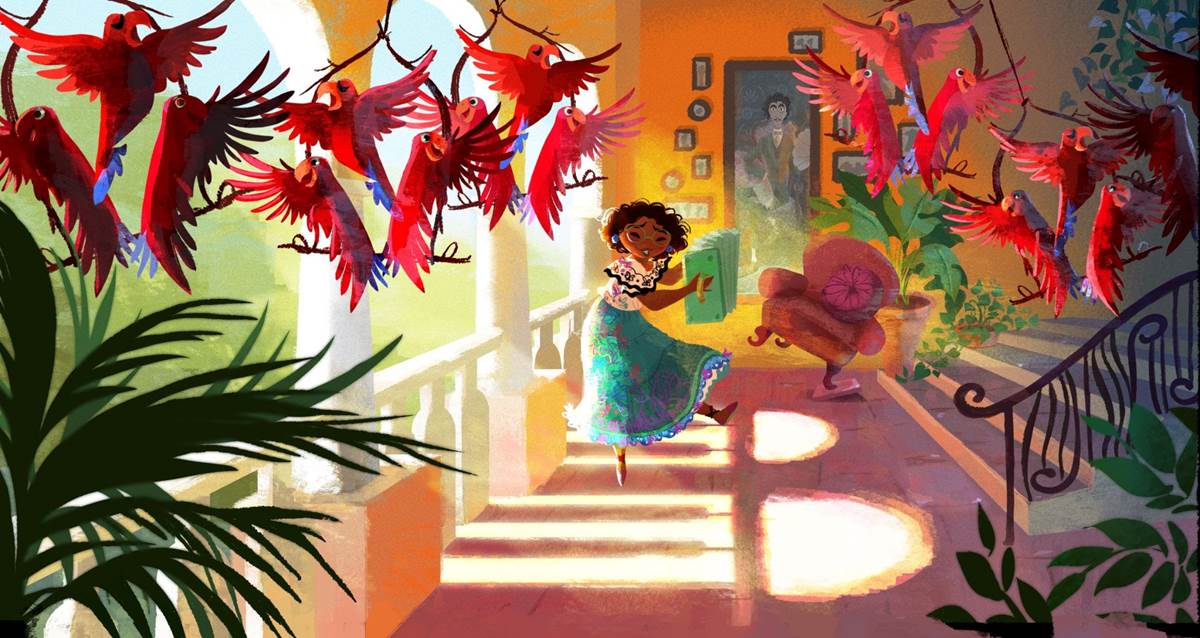 Mirabel is the youngest of three sisters. Isabela (voiced by Diane Guerrero), empowered with the ability to make plants and flowers grow, but also a graceful beauty. Luisa has physical super strength and is also the figurative rock of the family (voiced by Jessica Darrow). Their parents are Julieta (voiced by Angie Cepeda), who can heal people through food, and Augustin (voiced by Wilmer Valderrama), a non-magical accident-prone man who married into the family Madrigal.

The expanded family includes Julieta’s siblings. Papa is Mirabel’s Tia (voiced by Carolina Gaitan), who can control the weather with her emotions who is also a mother to three of Mirabel’s cousins, Dolores (voiced by Adassa), Camilo (voiced by Rhenzy Felix) and Antonio (voiced by Ravi-Cabot Conyers), all of whom receive their magical gifts when they come of age, making it clear to Mirabel that the magical well hadn’t run dry when she should have received her special gift. Family Madrigal’s matriarch is Abuela Alma (voiced by Maria Cecilia Botero), who along with her deceased husband Pedro discovered the magic that runs through her family’s lineage.

Mirabel’s Tio Bruno… “We don’t talk about Bruno,” Jared Bush explained. It’s a mysterious part of Mirabel’s family tree and there’s even a song about it in the film, written by Lin-Manuel Miranda. Actually, we do know a little about Bruno. He’s voiced by John Leguizamo and his special gift is the ability to see the future, but the family was freaked out by the darkness of some of his visions and he disappeared mysteriously. 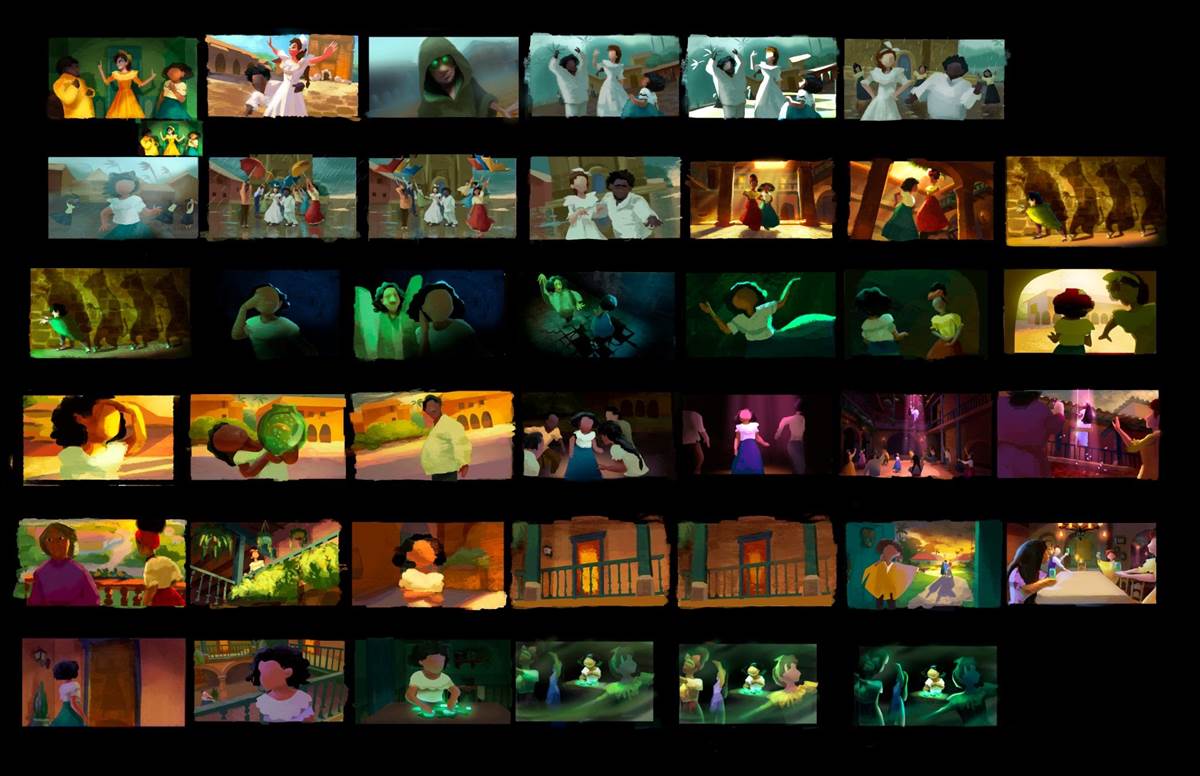 “This has been the most exciting adventure of our careers,” Byron Howard shared, speaking on behalf of himself and Jared Bush. You can meet the family Madrigal and their enchanted home when Walt Disney Animation Studios’ 60th animated feature Encanto comes to theaters on November 24th.