TV Recap – “Marvel’s What If…?” Changes the Game Ahead of its Season Finale

To this point, Marvel’s What If…? has followed a formula. Each week, the Watcher introduces us to a new universe and we see an alternate version of a story we know play out. No one episode has impacted another as they each take place in separate universes. Until now. The eighth episode of the animated series has changed everything and sets up a very exciting season finale. 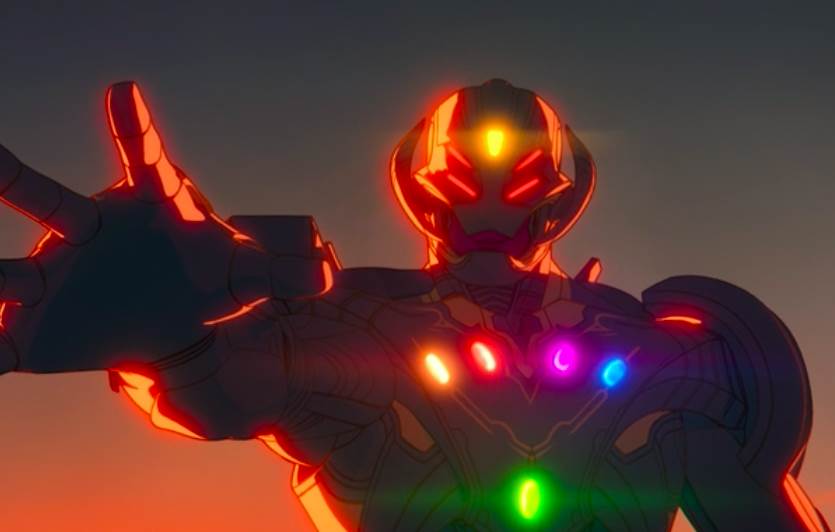 The episode opens with the Watcher explaining that, though he has seen hundreds of universes die, this story is particularly heartbreaking. We then see Black Widow and Hawkeye take on a few dozen Ultron bots in what appears to be a dystopian wasteland. Hawkeye, who now has a metal arm, narrowly survives the fight after Widow saves him. They then reveal that they are in Russia and are looking for a way to take down Ultron.

The Watcher then recaps the story of Ultron for us. In this universe, Ultron defeated the Avengers, making Vision what he originally planned for him to be. Ultron launched a mass nuclear strike, wiping out almost all life on Earth. As he was enjoying his newfound peace, he was interrupted by Thanos, whom he quickly disposed of. Ultron then claimed the other five Infinity Stones and became what we saw in the end of last week’s episode.

With the power of the stones, Ultron was able to lay waste to every world in the universe, creating an endless army of himself to do so. We see him take out Asgard, Sakaar, Ego and even Xandar, defeating Captain Marvel en route. Having wiped out every planet, Ultron’s mission was complete and he no longer served a purpose. That changes though when he notices the Watcher and becomes interested in conquering the multiverse next, which startles the Watcher.

Widow and Hawkeye explore the KGB archives in search of an answer to their Ultron problem. After hours of searching, Hawkeye gets tired and wants to give up. The Watcher, now desperate for them to stop Ultron, considers interfering and pointing them to the answer. Widow eventually finds it without his help though, picking up a file with the name Arnim Zola on it.

The Watcher returns to his interdimensional base of operations where he celebrates the hope created by Widow and Hawkeye. He is interrupted though by Ultron, who now has the ability to jump throughout the multiverse. The Watcher tries to convince him not to do this, but the murder bot doesn’t listen.

Widow and Hawkeye find the old Hydra base where the last remaining Zola database is stored. After threatening the old scientist with some water, Zola agrees to help them by infiltrating Ultron’s code and rewriting it. They download Zola into one of Barton’s arrows and Widow calls Ultron. 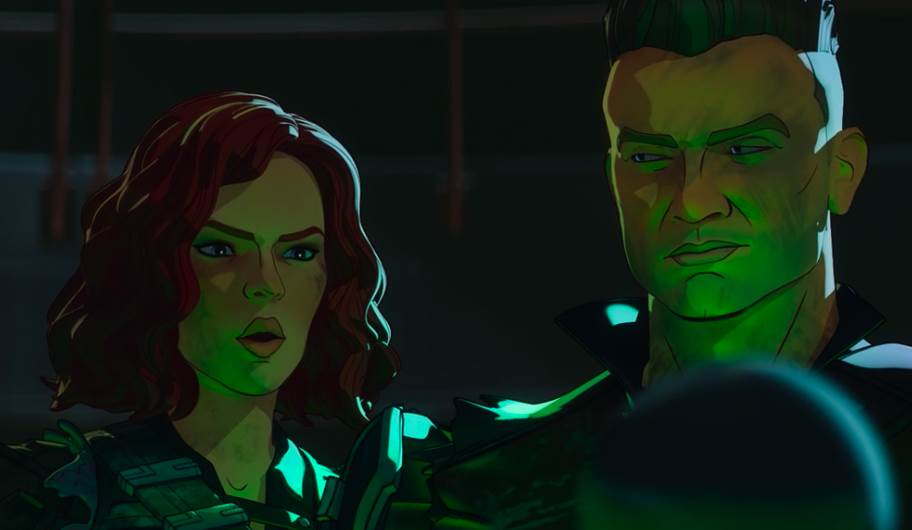 Ultron’s army arrives and Barton lands the Zola arrow in one of the bots. Widow grabs the bot and they retreat to another room while Zola uploads into Ultron’s system. The program works but the bots keep coming. Zola says he’s unable to communicate with the Ultron hive mind and therefore cannot shut the rest of the bots down. The heroes make a run for it but Hawkeye eventually sacrifices himself to Widow to escape with the Zola bot. It’s a reverse of the Avengers: Endgame scene in which Widow makes her sacrifice play.

Once they get to safety, Zola informs Widow that he could not connect with the hive mind because Ultron is outside of the observable universe. We then jump to see Ultron continuing his fight with the Watcher, a fight that spans multiple universes. The fight sees a whole lot of Kirby Krackle and a universe in which Steve Rogers appears to be sworn in as President of the United States before Ultron finally gets the better of the Watcher and forces him to flee.

A despondent Watcher sits in a familiar location before he is approached by the evil Doctor Strange we met in the fourth episode of this series. Reluctantly, the Watcher tells Strange that he needs his help because “that thing” has left him no choice. It appears the Watcher is going to be assembling his very own team of Avengers to stop Ultron from destroying the multiverse.

This episode was an absolute game-changer. Every week to this point, we’ve been turning on Disney+ and watching a story that had no connection to the previous nor the next. Now though, it appears all of these episodes will be intertwined as we really get to explore the vast multiverse Marvel has created here. This is a very exciting premise, especially when considering where the MCU is heading in the near future. It also sets up for a very interesting season finale next week, with the heroes from previous episodes just waiting to be assembled.