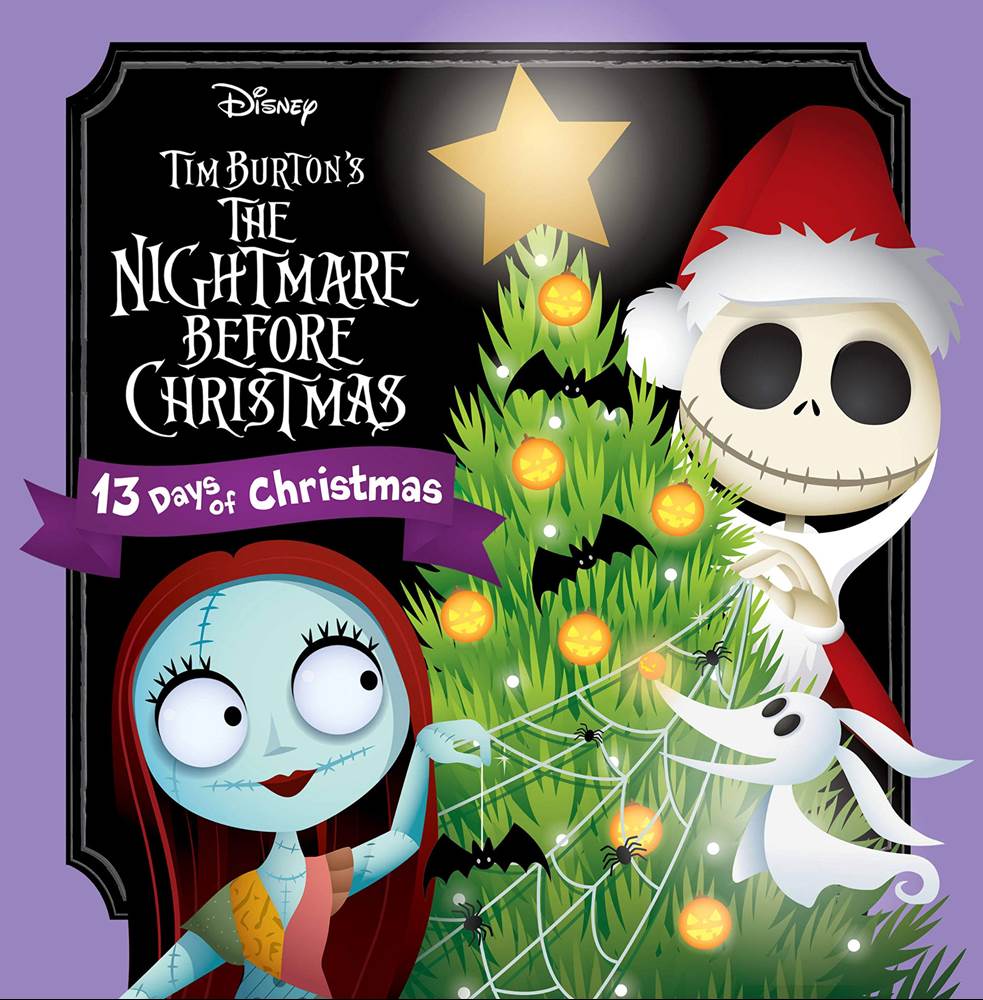 Stripping out the attraction, the book is set within Halloween Town as the residents prepare for their own version of Christmas. Instead of 12 days, they get 13 unlucky days and the lyrics to the poem fit the classic “12 Days of Christmas” song, albeit with an extra round thrown in.

Aimed at a younger audience, the poem by Steven Davison gets a few modifications by Carolyn Gardner. In particular, the signs of the zodiac are rebranded as “Star signs” and the text on each page expands with the backward count of all of the items given to you by your “Ghoul love.”

Jerrod Maruyam’s artwork follows his typical kawaii style, where everything is cute and charming and shadows add depth to each drawing. Some of the imagery accompanying the text is inspired by the tarot cards from the attraction, such as Oogie Boogie surrounded by his “Four wheels of fortune,” while others take a different approach, presumably to avoid including some of the scarier Halloween Town residents. The Clown with the Tear-Away Face, for example, doesn’t make an appearance.

While aimed at kids, Tim Burton’s The Nightmare Before Christmas: 13 Days of Christmas is also fun for fans of both the beloved film and the seasonal Disneyland attraction. It’s a bit of a shame that it doesn’t feature the New Orleans Square mansion at all, but the artwork includes a few nods to the imagery from the attraction. But best of all, it helps bridge the gap between the spooky season and the merry one. 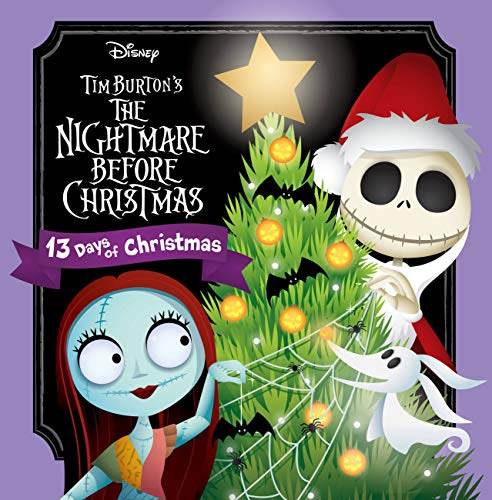