I’ve gotten so used to new iterations of the Walt Disney World cookbook by Pam Brandon that they usually don’t catch my eye anymore. That’s why I almost passed on the latest release, which uses the same branding of Delicious Disney as the most recent volumes. Having repurchased the same recipes over-and-over with just a few new ones added each time, I was skeptical that there would be anything of note this time around. But with Marcy Carriker Smothers as co-author, Delicious Disney: Walt Disney World – Recipes & Stories from the Most Magical Place on Earth is not your typical Disney cookbook. 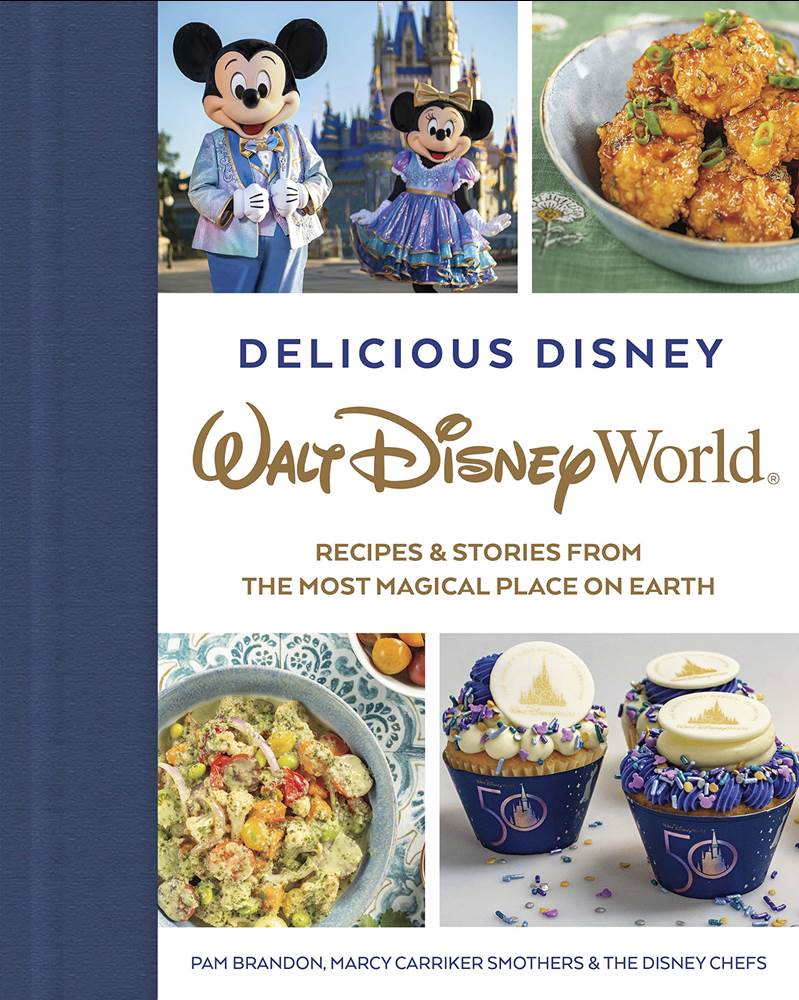 The author of Eat Like Walt has filled this 50th anniversary cookbook with a lot of historical information. Unlike your typical Disney Parks cookbook, it features non-recipe informational sections and concept art from the restaurants, including lots of pieces by Disney Legend Dorothea Redmond. It’s easy to get swept away in these sections and they often leave you hungry for more.

Not only do you get a recipe for the “Handwich” (an updated one similar to what’s served at the Disneyland Resort in Cars Land), but you also get the history behind it. There are less nostalgia-driven recipes than I expected, but the information provided makes this a cookbook you’ll want to read cover-to-cover. On the flip side, the layout makes a few confusing choices, like putting a spread of concept art midway through a recipe that spans several pages. When you’re in the kitchen with messy fingers and need to turn more than one page to get to the next step, you won’t be happy with this choice.

If this is the first Disney cookbook you’ve ever purchased, it contains some of the must-haves, like the Canadian Cheddar Cheese Soup from Le Collier Steakhouse. For collectors, it also has a lot of new recipes. It’s not limited to Disney-owned and operated restaurants either, offering recipes from operating participants including Chef Art Smith’s Homeconin’ Florida Kitchen, Morimoto Asia, The Polite Pig and Takumi-Tei. While celebrating locations that used to be, like the Empress Lilly Riverboat and Top of the World, it also steps into the future with recent additions like Docking Bay 7 Food and Cargo and Toledo.

Overall, Delicious Disney: Walt Disney World – Recipes & Stories from the Most Magical Place on Earth impresses by pairing the history of food at the Walt Disney World Resort with concept art and archival photos. It ultimately proves that an expanded book just about the restaurants would make for a fascinating read. Until the day we get that more expansive history of dining at Disney Destinations, this will do just fine. 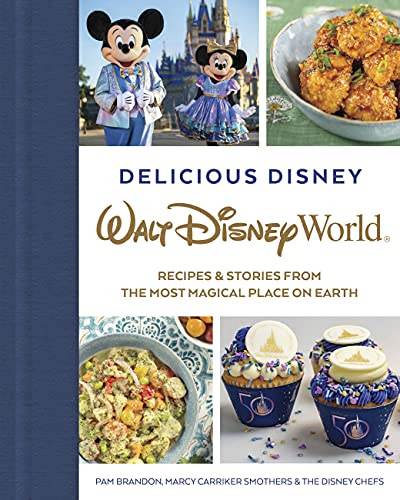