October is Breast Cancer Awareness month and on October 10th, Lifetime debuts a new movie called List of a Lifetime about a woman trying to complete her bucket list before her time on earth runs out. For Shannen Doherty, who co-stars in the project and directs special content that airs after the premiere, it was a personal project. 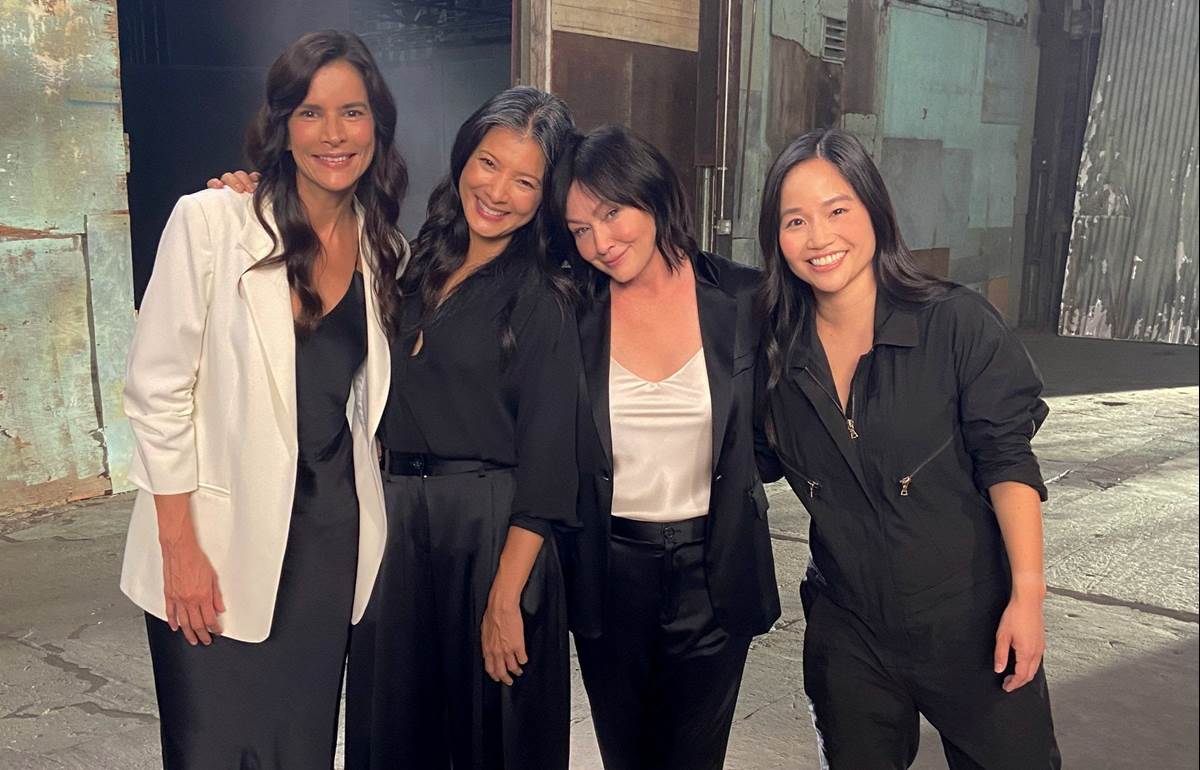 “This is the first acting thing I’ve done about cancer, because I’ve been pretty careful about bringing acting into that world,” Shannen Doherty explained. “When I read the script and I found out who all was involved, I felt like I had to be a part of it, and I was super honored to be a part of it.” While Shannen’s work hasn’t featured breast cancer, she has used her platform to help spread awareness. “I feel like I have a responsibility to talk about cancer and to perhaps educate people more to let people know that people with stage four are very much alive and very active and more than capable of working, and just to sort of raise money and spread awareness. I don’t really get sick of it and in my very close-knit quarters it doesn’t really come up. My husband says that you would never know that I had cancer. I don’t ever complain, I don’t really talk about it. It’s just part of life at this point.”

In addition to being Shannen’s first cancer-related project, List of a Lifetime stars a mostly AAPI cast and director Roxy Shih ensured that the same level of diversity was represented behind the camera as well. “The rise in inclusive storytelling that has been happening over the past few years as well as the rise of female stories being authentically represented by female filmmakers is just such a game-changing movement that’s happened for all of us,” the director shared. “Not only is that important, it’s like we see the shift happening behind the scenes as well. Just because it’s happening in one aspect doesn’t mean that it shouldn’t be happening in all aspects, as well… It was important to me that I had inclusive, diverse key crew, also women and queer people of color… I think that’s what made it really comfortable just because it’s a safe space for me to feel supported on the schedule like this.”

Actress Sylvia Kwan agreed that the diversity and representation on the projects made it a memorable one. “Even on Lunar New Year, we all wore red, which was so special,” Sylvia revealed. “It’s something that I’ve never really experienced being on a set. I got a little emotional that day. I got to say, when I walked in and everyone was wearing red I was like, all right, this is different, you know. So I think it’s so important, and I love that this project had so much diversity behind the camera as well as in front of it. So I was just really, really grateful to be part of that.”

The atmosphere and camaraderie also made the people working on List of a Lifetime feel like a family. “This was such a sisterhood,” Kelly Hu added. “Seriously, this project was really the best project I have ever been on. Everyone was absolutely amazing, and the sisterhood, the bonding that happened during this project was like no other project that I’ve ever worked on.”

List of a Lifetime premieres the night after another Lifetime original film, which Shannen Doherty directed. “What’s amazing about Lifetime is that they really support women, and they do support social issues from this movie about breast cancer to my other movie [Dying to Belong] that’s really about bullying and the pressure that society can put on young people today. I think working with a company like Lifetime and a studio like Lifetime is that you feel very supported and very nurtured and, more importantly, you feel heard. I think women all around the world who tune in also feel heard. It’s their movies connecting with people at the end of the day. I couldn’t be more thrilled to be a part of this family.”

You can be a part of the Lifetime family on Sunday, October 10th at 8/7c, with the premiere of List of a Lifetime and catch encore presentations of Dying to Belong.