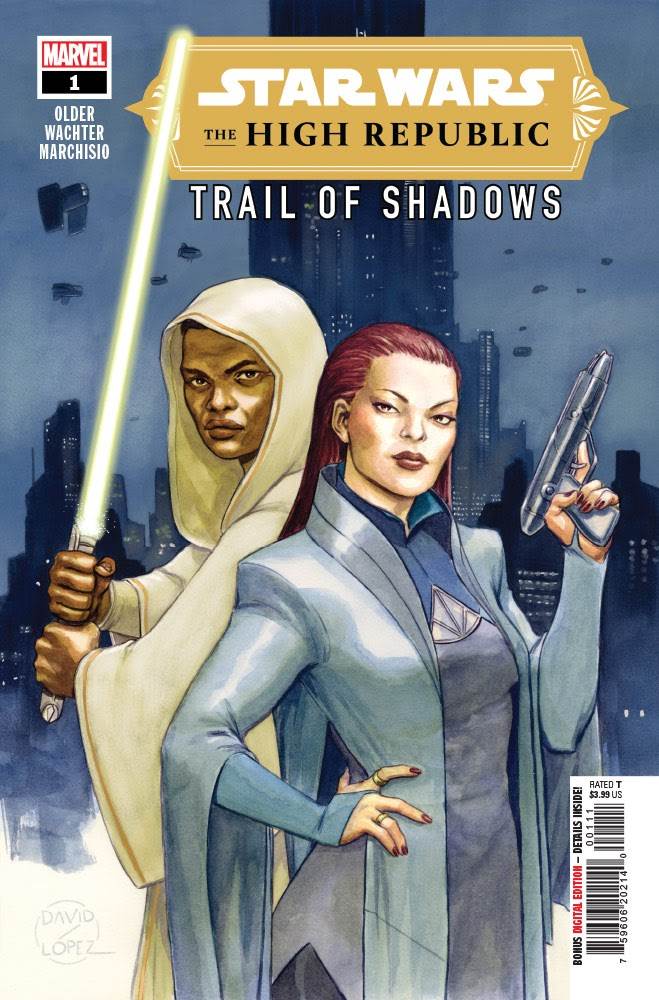 The next intriguing chapter of Lucasfilm Publishing’s multi-platform initiative Star Wars: The High Republic begins today with the release of the first installment of Trail of Shadows, a five-issue miniseries that will investigate the mysterious death of Jedi Master Loden Greatstorm as seen in author Cavan Scott’s acclaimed novel Star Wars: The High Republic – The Rising Storm, released earlier this year.

Star Wars: The High Republic – Trail of Shadows #1 picks up right where The Rising Storm left off, with Master Greatstorm having been petrified, then turned to dust, in the aftermath of the battle of Grizal– fought between the ruthless band of marauders known as the Nihil and the Jedi Knights. 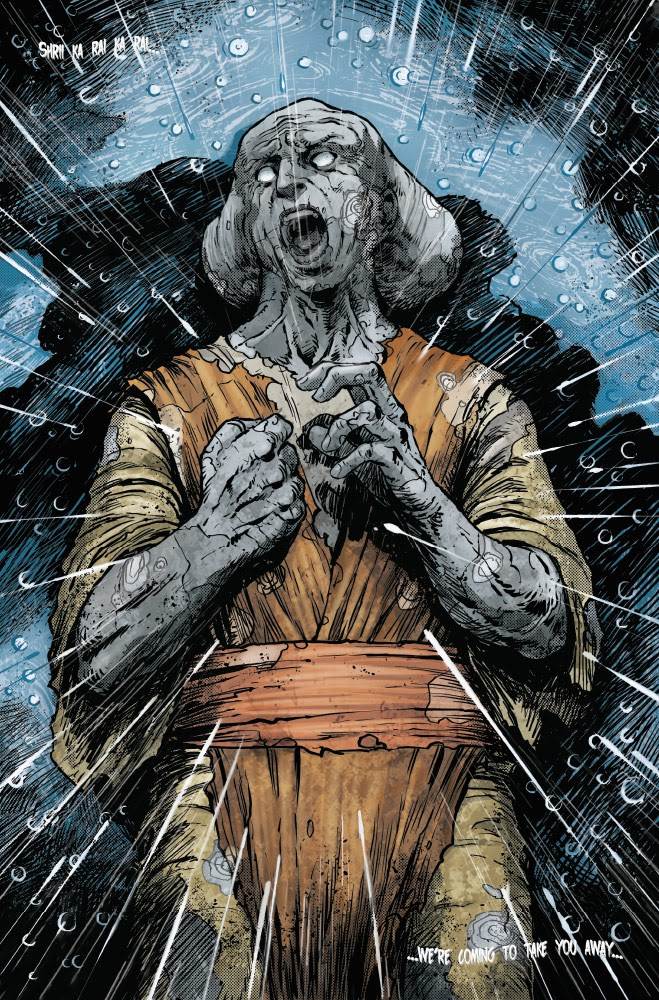 The haunting image of Greatstorm’s lifeless corpse opens the issue with an ominous, foreboding tone that reverberates throughout, as we follow Jedi Knight Emerick Caphtor, tasked with finding answers regarding this shocking turn of events by Jedi Council member Stellan Gios. Meanwhile, a private investigator named Sian tracks a target through the seedy underworld of Coruscant. It’s heavily implied that these two would-be detectives are destined to cross paths during this storyline, though that doesn’t happen before the end of the first issue, which asks far more questions than it answers. What sort of weapon do the Nihil possess that’s capable of turning Jedi into dust? How is this mystery connected to Sian and the enormous alien that guns her and her contact down in a Coruscant alleyway? And why is an eerie nursery-rhyme song with frightening lyrics suddenly stuck in both Stellan and Emerick’s head? This certainly is the scariest The High Republic has been so far– and probably the scariest Star Wars has allowed itself to be since author George Mann’s short-story collection Dark Legends. I think that’s a great thing, and accomplished writer Daniel José Older (IDW’s Star Wars: The High Republic Adventures) has done a near pitch-perfect job of bridging the gap between the detective noir genre and A Galaxy Far, Far Away. I remember Older and his fellow High Republic creators pitching one of their overarching big-picture ideas for this interconnected narrative back at its launch event: “What makes the Jedi afraid?” And after almost a full year of buildup, story-wise, that premise is finally starting to pay off, as Caphtor finds himself perplexed and shaken by the conundrum set out before him. There’s a cliffhanger ending here that sent chills down my spine and left me chomping at the bit to get my hands on the next issue. Trail of Shadows is “Star Wars meets True Detective” in absolutely the best way possible, complete with compelling characters, breathtaking visuals (from artist David Wachter and colorist Giada Marchisio), and that wonderful, wonderful sense of dread. 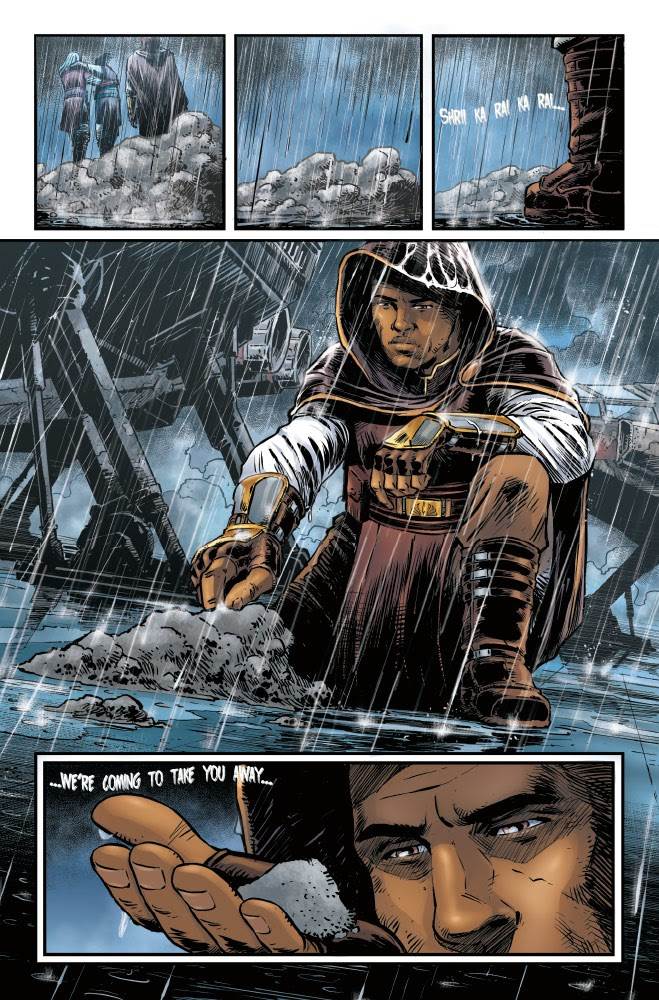 Star Wars: The High Republic – Trail of Shadows #1 is available now wherever comic books are sold.