Scentsy is preparing for a “Swinging wake” with a warmer and fragrance themed to the classic Disneyland and Walt Disney World attraction The Haunted Mansion. Foolish mortals can add these items to their collection beginning Monday, October 18th, between 9:30 and 10:30 am PT. Demand is expected to be high and a virtual queue will be in place. 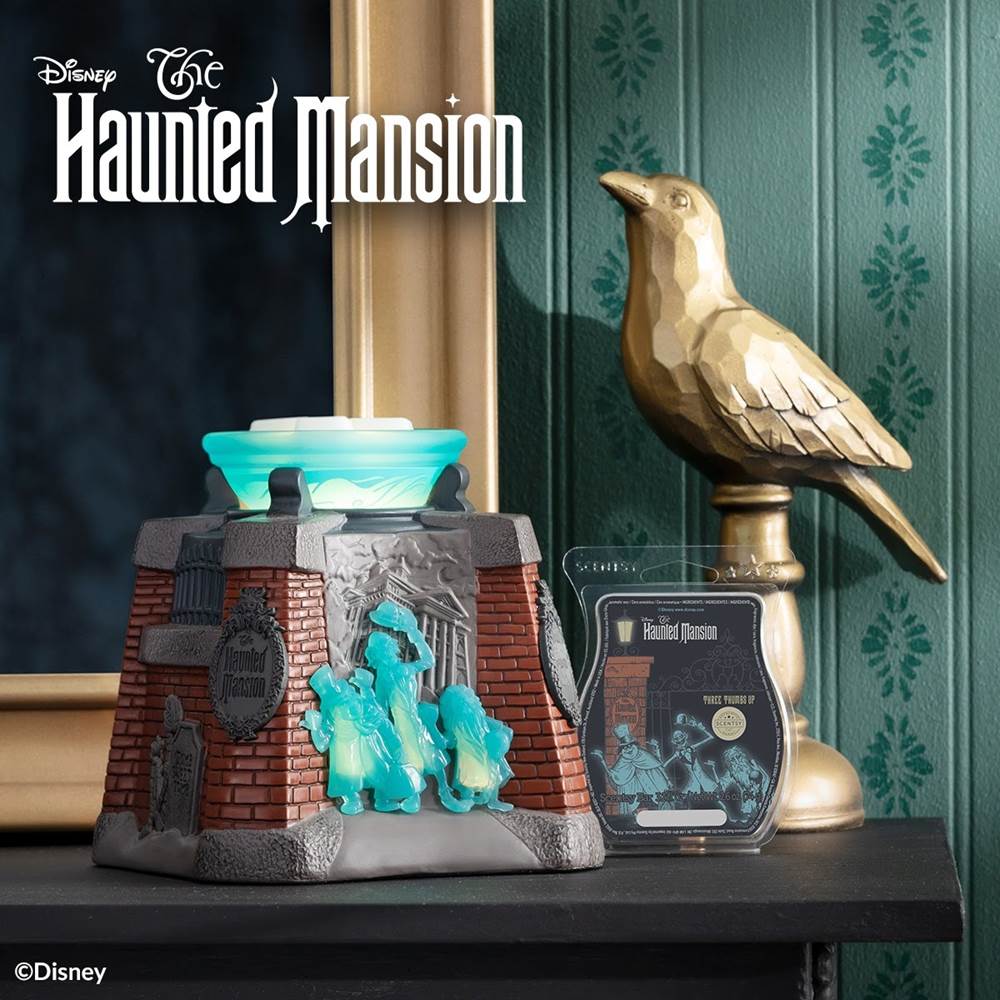 The Haunted Mansion warmer features glowing Hitchhiking Ghosts, with the Disneyland mansion etched in the background behind them. The other sides include iconography from the graveyard scene and tombstones from outside the attraction. 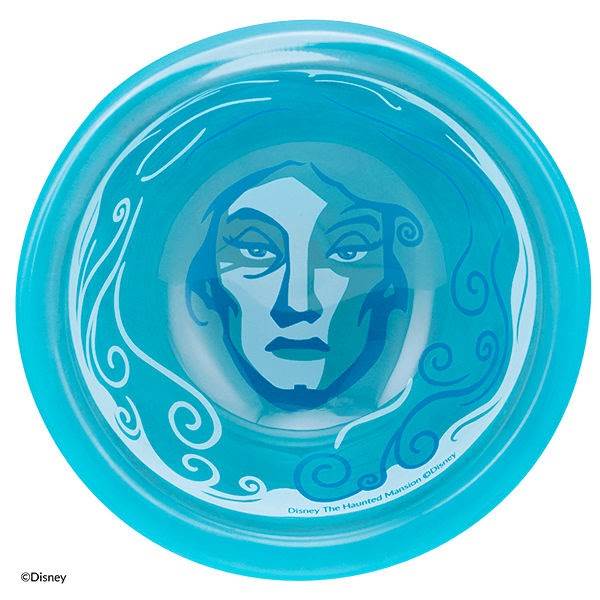 The wax warmer tray features the face of Madame Leota as if she’s in her crystal ball. The price of the warmer will be $65. Along with the warmer release is a new fragrance called Disney The Haunted Mansion: Three Thumbs Up. Available as a Scentsy Bar for $6.50, the scent contains notes of allspice, pumpkin, cinnamon and ginger. 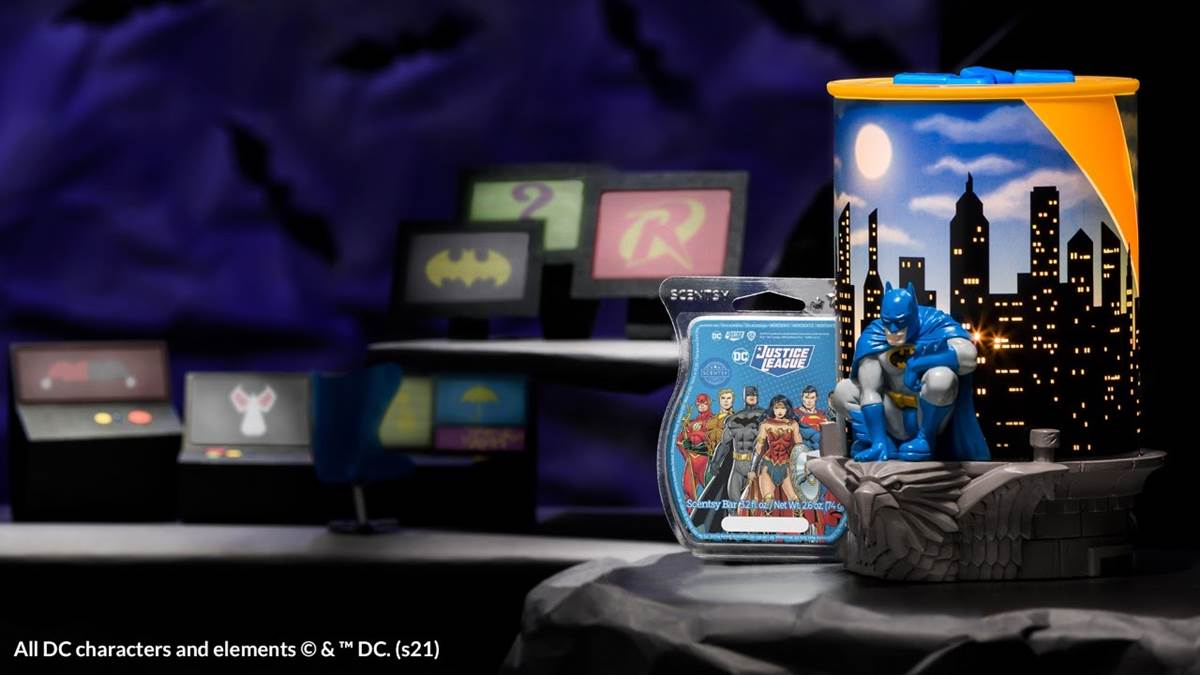 Fans of DC Comics will also be excited by the launch of a new DC Scentsy Warmer featuring Batman and a Justice League fragrance, also being released on October 18th.