The stars and creators of Marvel’s Eternals got together virtually today to talk about their upcoming film, the morning after its world premiere. The group discussed their characters, what it was like to work with this team and why they chose to make this movie. 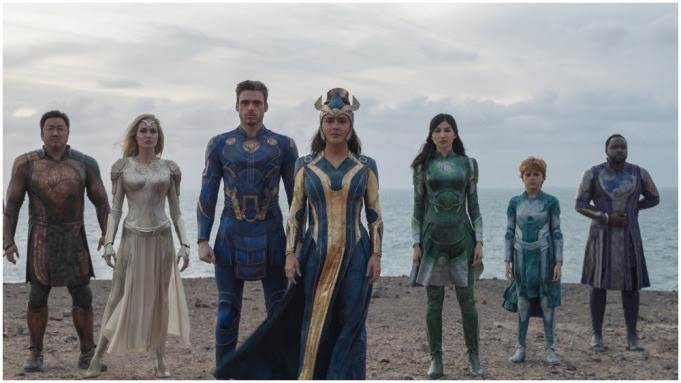 To start things off, Feige was asked about why they decided to take a risk in introducing such little known character for a blockbuster film like this.

“In a post-Infinity Saga world, we wanted to take a bold new step and say you don’t know everything about the universe yet,” Feige said. “And that there are these 10 spectacular heroes who you haven’t met, who have been here the whole time.”

Zhao talked a bit about how she was chosen for the film and said she showed Feige and the rest of the Marvel team a photo of sand and quoted poem by William Blake.

“In that poem, Blake was trying to convey that you can see the endless beauty and the meaning of the cosmos within the smallest things you can find on Earth,” Zhao said. “So the vision of the film was to set out to capture that scale.”

Jolie was asked about playing this warrior character after having played so many like her before and what made her relate to this one specifically.

“She is maybe the most fantastic [character] I’ve ever played in a superhero and yet my children said she was the most like me that they’ve seen,” Jolie said. “It’s hard to talk about her but her vulnerability and what she’s trying to balance and that being in the same woman that is also considered very strong. I think we often have to present to be fully together, to be strong, and yet I think she hold both, which most people do.”

Chan got the chance to talk a bit about Sersi and what makes her such a different kind of superhero from what we typically see in these movies.

“Sersi is a superhero but her powers aren’t the most obvious or the flashiest. She’s not the best fighter but what she does have is empathy and a real affinity for humankind and the Earth,” Chan said. “Going on that journey with that character, it’s kind of a coming of age even though she’s thousands of years old, but she learns to trust herself and to grow into her own power. And that was a really interesting thing to explore.”

Madden was asked about Ikari being a different character for him, as someone who is caught between love and loyalty.

“I’m kind of used to playing lovers often, and to play someone who’s such a soldier but is completely driven by love, all his decisions are driven by love and it’s actually him that’s wrestling with that,” Madden said. “I’m used to characters who are very focused on their love and that comes out and with Ikaris, it’s the opposite of that. He’s kind of trying to bury that love because it gets in the way of his duty.”

Hayek talked about wanting to play this kinds of role for so long and finally getting her opportunity to do so.

“I dream big and if I hadn’t I wouldn’t have gotten here it all, but in my big dreams I wanted to be a superhero and I wanted to work with the best directors in the world and have big blockbuster movies and also movies that are art, that are made from a very deep place, with great directors, but it didn’t happen for me,” Hayek said. “Everything is possible. It’s such a humbling sensation.”

Nanjiani joked about his big Bollywood dance sequence, saying Zhao told him they would change it to an action scene. To his surprise when he showed up on set, the dance sequence was still happening. He went on to talk about how he didn’t think he would be able to pull it off but Zhao helped him and the rest of the cast to be great

“Ultimately, for me, all that came down to trust,” Nanjiani said. “Just in meeting her, I was like ‘oh, she’s not going to let me suck in this thing, so if she wants me to do something, I’m going to do it.’ Because I completely trusted her.”

Tyree Henry was asked about his character of Phastos and what the representation in this film meant to him.

“I remember, when I was coming to this project, that I, Brian, had kind of lost faith in humanity, just looking at all the things that we’d been through,” he said. “And just what the images of Black men were and how we were being portrayed and how the power was taken from us, like the lack of power or feeling powerful. And what I really love most about Phastos is that through all of that, him being Eternal, him never being able to die, he still chose love, he still decided to have a family even though he might have to watch them perish.”

Lee talked about the action in the film and what it was like to have these big fight scenes with the CGI deviants.

“I’ve done so many action scenes,” Lee said. “I’m always ready for another action film but this is like a little bit different because I don’t have a physical opponent. I had to use my imagination.”

Finally, McHugh got the chance to talk about the complex character of Sprite and what it was like to bring her to life on the screen.

“There’s a lot of layers to Sprite in every scene. She goes through a lot of emotions but she expresses them in a sort of sassy, temperamental way, sort of like an old lady would,” McHugh said. “She deals with a lot of emotional stuff that the Eternals don’t really deal with, being in the body of a child.” 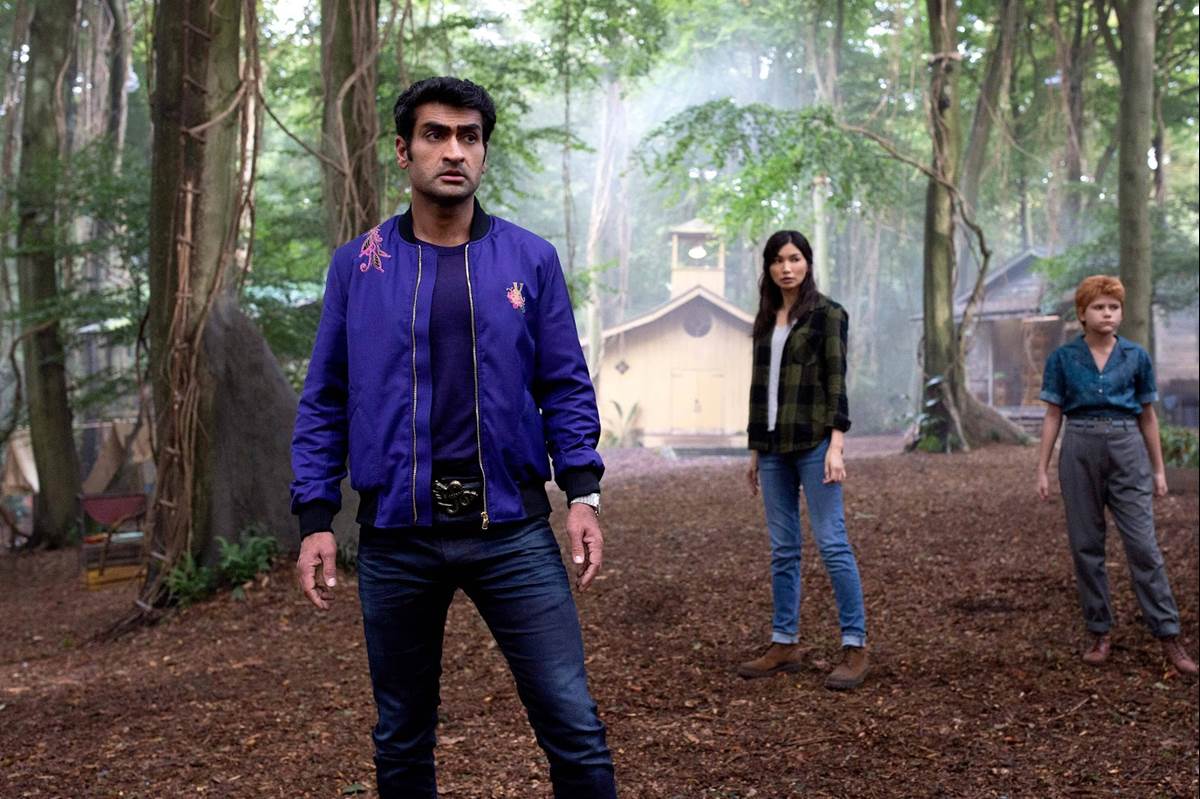 Marvel’s Eternals will come to theaters on Friday, November 5.