Book Review: “The Disney Princess Cookbook” is Fun in More Ways than One

“You know the thing about good food? It brings folks together from all walks of life. It warms them right up and it puts little smiles on their faces.”

Tiana’s dad was not wrong when he talked about the magic related to good food, and Disney’s new cookbook has a similar magic. The Disney Princess Cookbook is bound to bring people together and put smiles on faces in more ways than one. 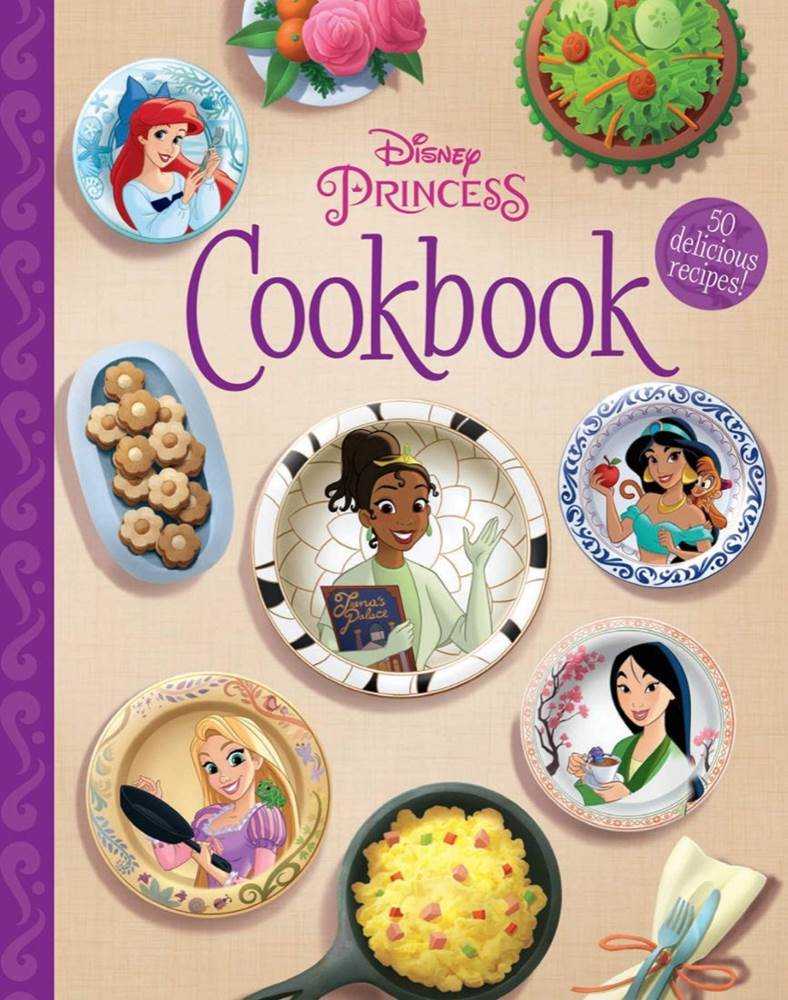 The Disney Princess Cookbook, released on September 28, is inspired by Disney Princesses including Snow White, Cinderella, Jasmine, Tiana, Ariel, Mulan and more. At 50 recipes and containing many simple dishes, this book is perhaps more palatable for younger or beginner chefs (when compared to cookbooks like Disney Eats, The Unofficial Disney Parks Cookbook and Delicious Disney). Less experienced or less confident cooks can take ownership in the kitchen with this book and there is undoubtedly something everyone can enjoy as far as the recipes are concerned.

The book contains beautiful all-new illustrations of classic Disney characters, and the information therein is set out simply and concisely. It begins with a ‘Basics’ section which gives the reader useful instruction and tools to know before they begin whipping up a feast or tasty snack. Every recipe’s difficulty is rated on a five-crown scale: one crown being the easiest and five crowns being more complicated. An example of a one-crown recipe is the “All-Dressed-Up Salad” inspired by Cinderella. On the other hand, the rice-based dish named the Hoppin’ John, inspired by Tiana (and her impressive cooking skills), has a five-crown rating. There are also helpful preliminary notes on safety, preparing fruits and vegetables, and clean up.

The end of the book thoughtfully contains a glossary. If you recall Fauna being perplexed about how to “fold” eggs in gently to Aurora’s birthday cake in Sleeping Beauty, rest assured the glossary will help clarify such terms:

Fold – to gently blend ingredients by using a spatula to cut through the middle of the batter and then flip the left half of the batter over onto the right half. Stiff beaten egg whites are often folded, rather than stirred, into cake and souffle recipes to keep as much air in the batter as possible.

Another great addition to this book is the ‘Magical Menus’ section. This section teams together three different recipes for various occasions. Whether you are planning a ‘Magical Princess Party’ or a simple ‘Summer Picnic’, these menus will transform mealtime into an exciting occasion.

What makes this book different from other Disney cookbooks is that it is Disney-Princess (or closely related secondary character) focused. You can try your hand at Moana’s Sunshine Bowl, Rapunzel’s Pumpkin Hazelnut Soup, Seven Dwarfs Soup, or Bayou Meatloaf courtesy of The Princess and the Frog.

I am a big Disney Princess fan, and I am not much of a cook. This book was perfect for me: I loved the art, the less-is-more content, and the fact that the book is relatively compact. It is less intimidating than larger, more comprehensive cookbooks and gives cooks many great options about where to start. The crown ratings are also helpful. Overall, this book is an excellent beginner-cook resource and Disney fans, parents and the like would be remiss if they did not check it out.