Even though the Marvel universe is constantly plagued by monsters, aliens and ghosts, everyone can still enjoy trick-or-treating on Halloween. And you can bet Marvel’s first family is certainly not going to be left out from the spooky season.

“Fantastic Four #37” sees the whole family dealing with a very wide variety of problems on Halloween. An old foe shows up to spoil the fun for the kids while the rest of the family is still handling the fallout from recent events the Fantastic Four has seen unfold. 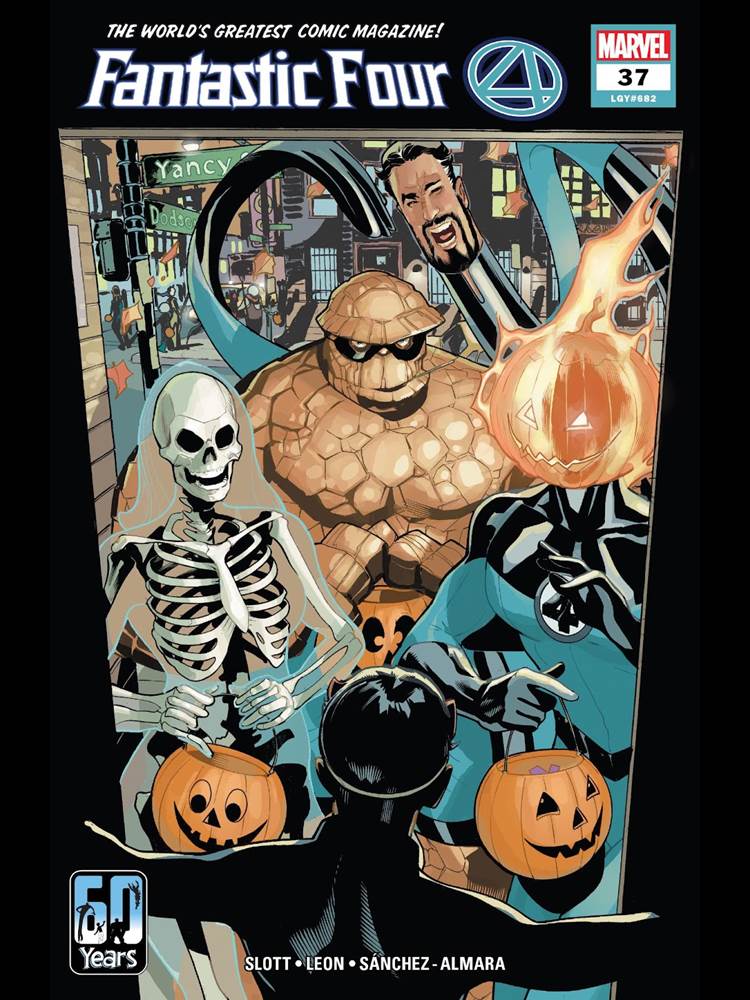 Ever since they were rescued by the Fantastic Four, Jo and Nicky have been adjusting to their new lives on Earth. Now, they get to face their greatest challenge yet: their first Halloween. The young Kree and Skrull are planning their conquest and how they can get as much candy as possible.

Unfortunately for them and the whole Grimm family, the Profiteer has other plans. The owner of the now failed cosmic casino has come to reclaim what was once hers and the Grimm family has to fight for what they’ve found. It’s quite a Halloween adventure.

The rest of the Fantastic Four is still dealing with everything that has popped up for the family in the last few months. The Human Torch is still trying to come to terms with what he’s done as well as his newfound curse. Plus, Mr. Fantastic is dealing with the groundbreaking information he learned in his most recent bout with Kang. 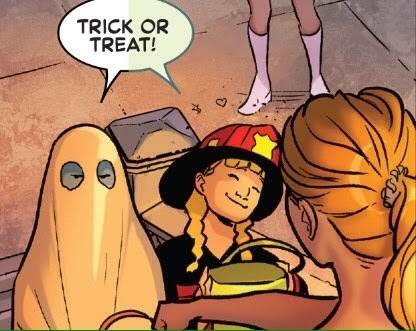 This is a very rare type of issue that manages to be so much fun while also carrying a lot of emotional weight to it. Packing all of that into about 23 pages is quite the challenge and writer Dan Slott does it very well here. It has all the action you want from you comic books, while also delivering a handful of laughs and still finds time for emotional moments.

Another area in which this comic shows its balance is the amount of context that has gone into it, while still being accessible to new readers. Anyone looking to read a fun Halloween story or jump into the Fantastic Four story can easily understand what’s going on here. However, there is also a lot of story that has gone into this one issue. 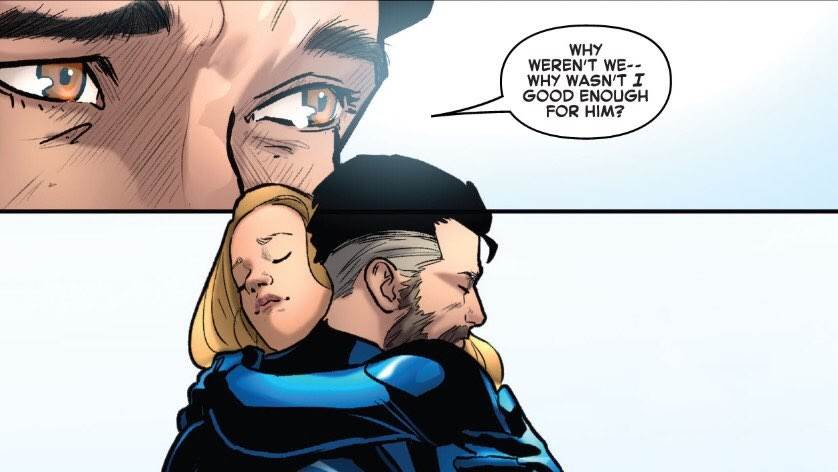 And while this feels like a very self-contained, special holiday issue, it also continues the ongoing Fantastic Four and leaves avid readers wanting more. The heavy, family-focused material with Reed Richards in particular is certainly going to have readers hooked on this story.

Even with all of that intimate, emotional material, there is still plenty of clobberin’ time in this issue. Jo and Nicky in particular carry the action of this comic and it’s great to get to see these characters unleash their abilities for the first time in a while. From trick-or-treat scams to slicing up aliens, these kids can do it all. You can check out “Fantastic Four #37” now. For more on this week’s comics, check out today’s episode of Marvel Time: