Gabby Duran learns about the fear of missing out the hard way in Adventures in Alien House-Sitting, the 15th episode of season 2 of Gabby Duran and the Unsittables on Disney Channel. Here is a recap of this brand-new episode. 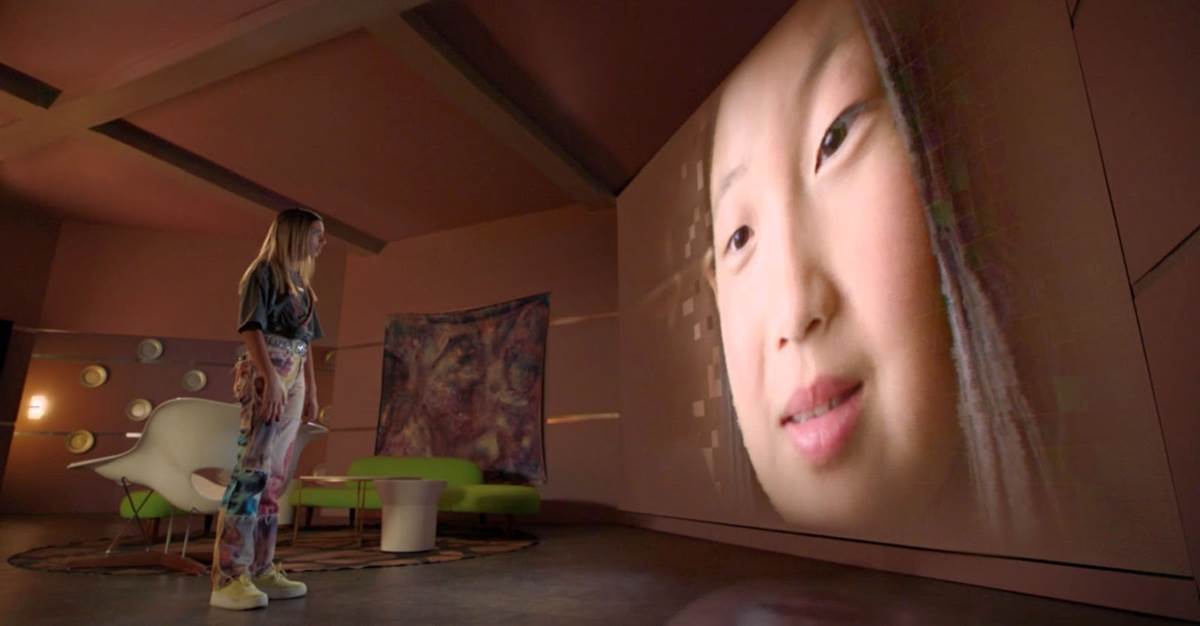 Everyone at Gabby’s school is buried in their phones, which is how Gabby learns that Chaz is having a party on Friday. She didn’t get an invite, so she asks Chaz about it and he tells her it’s not a party but a small get-together where some friends will hang out and eat chips. Gabby invites herself along, but Chaz tells her that she wasn’t invited because he wants his party to be “Low-key” and she has a habit of making things “Extra.” Gabby has never experienced this feeling before so she asks Wes what it’s called. He tells her it’s the fear of missing out.

Gabby is even more upset when she finds out that Wes was invited and plans to go to the party. His excuse is that Sky is away and he needs a distraction to save him from his loneliness. When Principal Swift asks Gabby if she can take a babysitting gig on Friday night, she is distracted by other kids posting about the party. Swift explains that she will be caring for an advanced but immature kid named Demi. While there, Gabby explained to Swift that Friday nights are usually when people get together with their friends and do something fun, but she accepts the job.

On Friday night, Gabby arrives at Demi’s house only to find that Demi is the house. She’s an alien artificial intelligence smart home that needs supervision. As Demi gets to know Gabby, she asks why her phone keeps making notification sounds and Gabby explains that all of her friends are posting about a party they’re at. Demi shows her some of the cool features of the smart home, including the ability to make any snack on demand. Demi notices lots of chips in the photos and tries to cheer Gabby up by creating a nacho cheese fountain to dip chips in. Gabby posts a photo of her with it and when the post gets lots of likes, Demi goes a step further and invites all of Gabby’s friends over.

At Principal Swift’s house, he tells Jeremy that on Fridays humans are supposed to get together with friends and suggests that they do so to fit in. Jeremy walks off to make some calls, starting with Jimbuk, but Swift soon realizes that he only has three people in his phone: Gabby, Jeremy and Sky’s Dad, whom he calls. Sky’s Dad wants to hang out with them, but when he tells them he wants to build puzzles together, Swift and Jeremy ghost him.

Gabby is initially anxious about having her school friends in an advanced alien house, but when they start to show up, nobody seems to question anything. Demi decides she wants to join the party and transfers from a screen on the wall to a projection in the room. When Gabby sees how much fun everyone is having, she encourages them to make as many posts as possible to ensure that she never misses a party invitation in the future.

Jeremy and Swift hang out with Blurt in their living room, the owner of the alien pawn shop. After a few minutes of chatting, Blurt tells them he received a new shipment of stamps and Swift and Jeremy are excited about the possibility of helping him lick them all. They go to the pawn shop, but once there Blurt stuns them both and they wake up with laser shackles on. It turns out that Blurt is in dept and that a pair of Gor-Monite relatives can fetch a good price as a delicacy for some species. He is planning to sell them off to be eaten to repay his debts.

Gabby’s party continues to become elevated, with a projection show by DJ Candy Bean filling the house and Demi creating new snack combinations nobody has tried before. Everything is going perfectly until Demi tells  Gabby that her power cells are depleting and she needs to recharge, so the party has to end. At that very moment, Chaz walks in because everyone left his party. Gabby asks Demi to find a way to keep the party going and Chaz is showered with bags of chips, which makes him happy. The party is back in full swing, but Gabby notices a weird rumbling sensation beneath her feet and asks Demi what is causing that. She tells Gabby that her solution to the low power problem was to blast the house into space to be closer to the sun so she could recharge her fuel cells. However, Gabby freaks out about having to explain to her friends if they find out the house is now in space and she asks Demi to return the house to Earth. The only problem is that everyone’s cellphones are preventing the navigation system from working.

Jeremy and Swift end up being bought by Sky’s Dad, who opens up a can of beans on their heads to prepare his meal. But in the end, it turns out he bought them as a joke. When they ghosted him, he went online and then saw that they were for sale at the pawnshop. In the end, they hang out together and build puzzles like Sky’s Dad wanted to do in the first place.

Demi’s house has re-entered Earth’s atmosphere and is now freefalling to the ground. Gabby has 5-minutes to get all her friends to turn their phones off and when she asks everybody to do it to fix a technical problem, they refuse. She and Wes team up and go around pulling phones out of back pockets or grabbing them to take photos of people and not returning them. It gets down to just 30-seconds left and there’s still a phone in use. Gabby sees Chaz taking a selfie by the nacho cheese fountain and she flings a chip at his hand, which causes his phone to fall into the cheesy liquid. Demi’s navigation system is restored and she is able to land the house safely where it belongs. As Gabby ends the party, everyone asks for their phones back and Gabby tells Wes that she doesn’t believe she will be invited to another party again. Throughout the episode, Wes was stressing about not receiving texts back from Sky, but it turns out his phone was in airplane mode. When he flips it off, he not only receives all of her messages, but it sends all of his too.

A new episode of Gabby Duran and the Unsittables will air Friday, October 29th on Disney Channel titled “Fountain of Ruth.”

When Grandma Ruth babysits Gabby and Olivia for the weekend, Gabby tries to pep her up with an alien energy drink but accidentally transforms Grandma into a Gwargwarian warrior.