With Overheard at National Geographic kicking off its 8th season on the Tuesday before Halloween, it seems fitting that they would pick a fairly spooky topic to start off with. Titled “A Skeptic’s Guide to Loving Bats,” the winged nocturnal mammals become the center of a great debate. Why do people fear them so much? Are they really dangerous? And what would happen if we got rid of bats? Here’s a recap of what we learned. 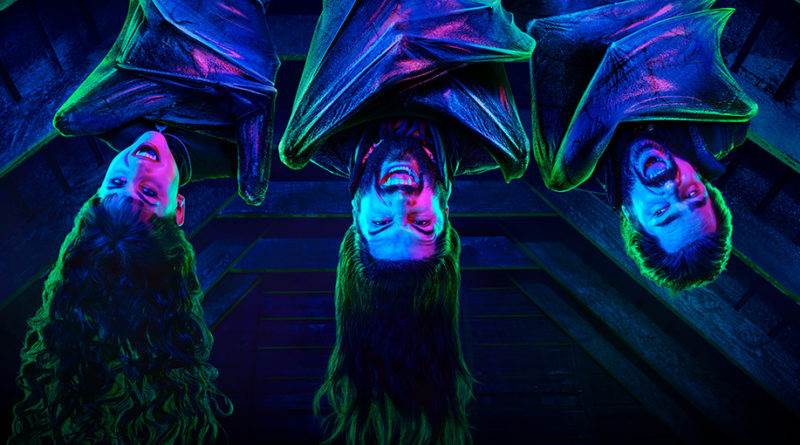 National Geographic Explorer at Large Rodrigo Medellín is the special guest for this episode, hosted by Jacob Pinter. He loves spending time alone in caves and finds the sound of bats and the smell of guano tranquil, referring to it as a bit of a homecoming. After all, human beings were once cave dwellers, so it’s not that big of a stretch to imagine. But if humans once sheared their home with bats, why are we so wary of them now?

It was just over 500 years ago when Spanish conquistadors first arrived in modern-day Mexico. While there, one of the men reported that bats feasted on the soldiers, feeding on their blood. In truth, there are only three species of bats that feed on blood and attacks on humans are very rare, but the story spread fast and soon reached the ears of Bram Stroker, who was working on a grim tale inspired by Vlad the Impaler. Because his character needed to travel great distances in the story, the plot device became that the blood-sucking protagonist in Dracula could transform into a bat. And in so doing, that same species of bat reported by the conquistadors became known as the vampire bat.

The negative imagery has been bad for bat species ever since, putting them in danger from humans who want to do them harm. Many species of bat are on the brink of extinction, despite the vital role they play in growing plants used to make food, clothing and even alcohol. Rodrigo Medellín has devoted his life to protecting bats and educating people about them, known as “The Bat Man of Mexico.” He describes a world without bats as one full of insects, who will destroy all the crops without their top predator to keep their population down. More bats mean fewer bugs and more fruit and flowers.

It was always obvious to Medellín that bats played a critical role in the growth of agave, the plant used to mage tequila, but he had a hard time convincing the manufacturers of this. In the 1990s, the manufacturers began cloning agave plants to speed up production and Medellín recognized a flaw in the plan wherein a disease that one plant is susceptible to was likely to wipe out all of them since biodiversity was low. It just so happened that their new growing practices also brought the lesser long-nosed bat to near extinction. He presented this information to industry leaders, none of him saw it as a potential risk.

They were wrong and Medellín was right. Around 2010, a fungus and bacteria hit the agave crops and it wiped out most of the crops. Tequila industry leaders came calling and he helped them come up with a plan wherein 5% of each field would be set aside for bats to pollinate the old-fashioned way. This ensured that each farmer had a safety net of biodiverse crops and it also provided more food for the bats. It proved to be a major success story, getting the lesser long-nosed bat taken off the endangered species list. Today, tequila manufacturers following this practice brag about it with a “Bat-friendly tequila” branding on their bottles, a program that Medellín started in 2016.

With success like that in his rearview mirror, 2020 proved to be the toughest year ever for Rodrigo Medellín’s work protecting bats. While the origins of SARS-CoV-2 are still not known, many researchers attributed the likely spread to be the cause of bats, since they are known to carry some coronaviruses. In spite of this, and the fact that you won’t get COVID just from coming into contact with a bat, some regions of the world began efforts to try and destroy bats in their area. Rodrigo Medellín encourages people who care to take action in their own backyards by building a bat house and making their family, friends and neighbors aware of the problems bats face and why the world would be a scary place without them.

Click here to listen to “A Skeptic’s Guide to Loving Bats.”