The classic game of Family Feud gets a magical overlay with the 2021 version of Family Feud: Disney Edition from Spin Master Games. Exclusive to Walmart, the new edition incorporates some of the newest Disney and Pixar films and movies while still offering family-friendly trivia fun, ideal for ages 8 and up. As a fan of both Disney and Family Feud, the group game made for a lot of fun. The game requires a minimum of 3 players, one of whom must act as the host, asking the questions and keeping score. More players can join in as competing teams. The game is best played with an even number of players on each team, but it’s not essential, especially if you have some Disney super fans in your group. The game includes a deck of Face Off cards and a Mickey-themed podium to store them in and draw from, as well as Fast Money cards and a card used to conceal the double-sided back. A scoreboard and dry-erase marker make it easy to keep track of each team’s points, but it won’t really be clear who won until the end of the Fast Money round, as one of the teams could earn enough points to beat the game in that round alone. If you’re familiar with the popular game show, the at-home edition plays very similarly. A member of each team faces off to try and pick the number one answer, getting the option to play or pass for their team. Once a team has 3 strikes, the other team can steal if they list an item on the board. 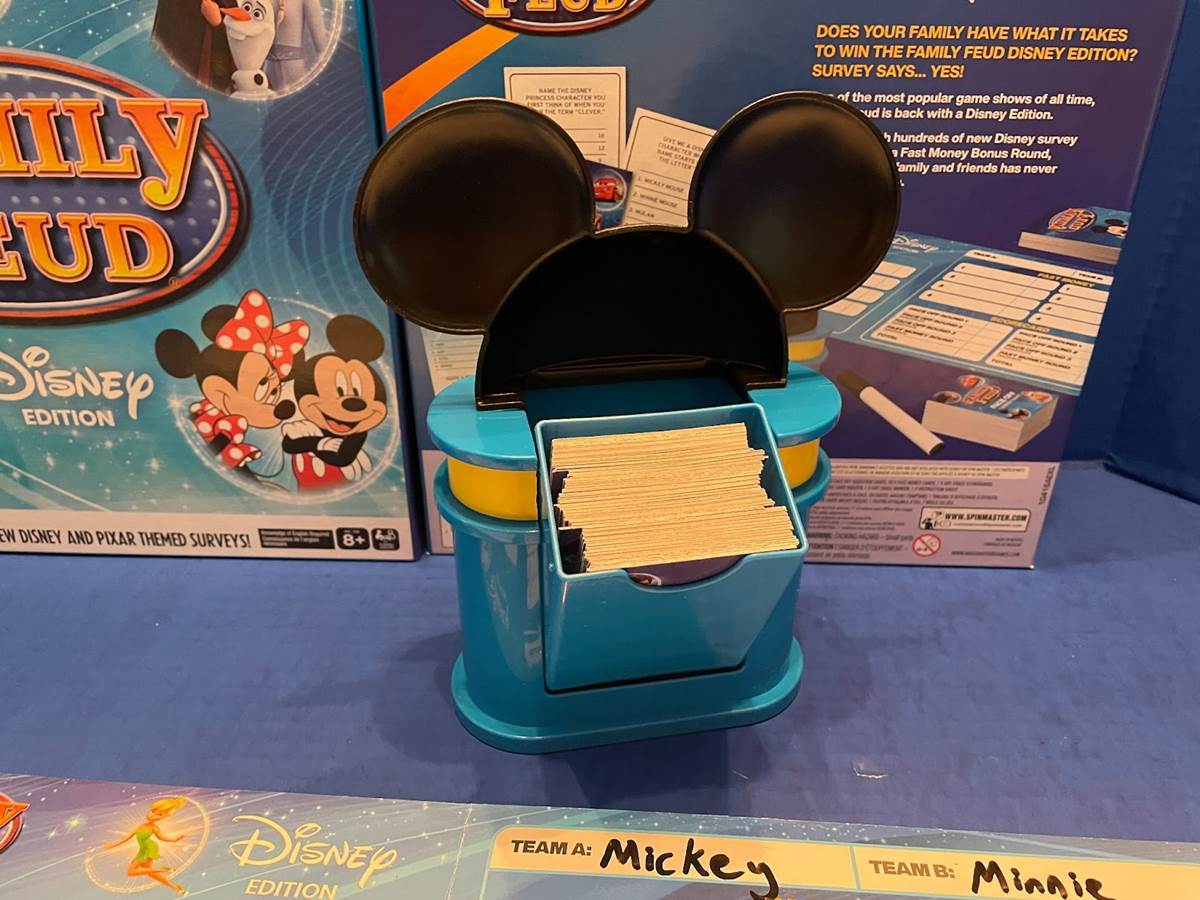 Just like the game show, the answers are assigned a numerical value based on the number of people who gave that response when polled. These are oftentimes an opinion rather than a trivia answer, meaning players sometimes need to get out of their own head and think about what your average person would say. We had some real Disney aficionados when we played, which made it fun to hear answers that were not incorrect, but that a casual person wouldn’t know. During the Fast Money round, up to 4 players from each team get to answer 1 of 4 questions to earn extra points. When we played, one answer ended up being worth 80 points, which reversed the way the game appeared to be headed for the losing team, who won the entire game as a result. Players have 2 chances to list an item that’s on the board in these questions before they earn 0 points for that answer. 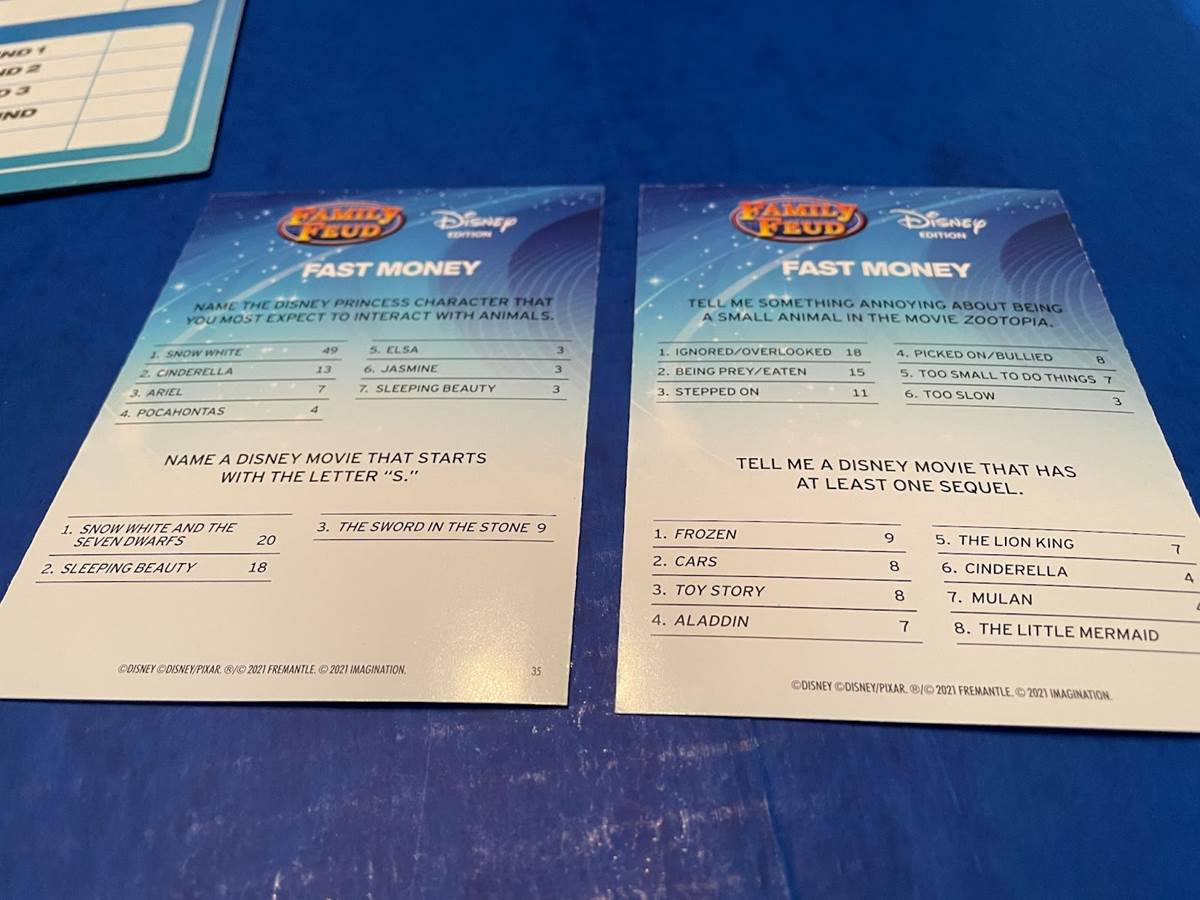 Family Feud is always fun, but when you add the magic of Disney to the mix, it’s hard to top. The new 2021 release of Family Feud: Disney Edition is available now exclusively at Walmart.