Have you ever seen a mobile device melt from overuse? I have. It happened in the hours after Pixar Animation Studios released the teaser trailer for Lightyear last week, and I was bombarded with questions, not only about my thoughts on the trailer, but my thoughts on this “fifth Toy Story-movie.” For the last time, it is NOT a “Toy Story movie.” 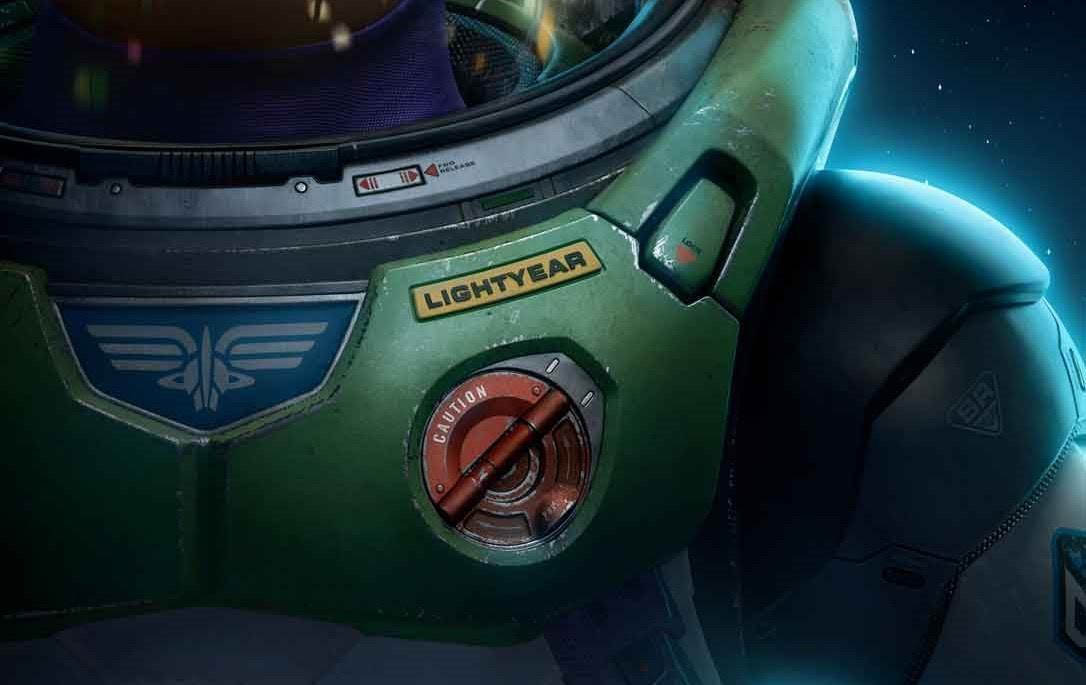 We all know we were first introduced to a character named Buzz Lightyear in Pixar Animation Studios’ Toy Story back in 1995 and 3 sequels over the next 25 years. The toy hero was the hot new toy in the first film, with kids clamoring to get their hands on one of them, and in the particular case of Andy, who got one on his birthday, the toy came to life and (spoiler alert) almost became the favorite toy in Andy’s room, replacing Cowboy Hero, Woody. Off screen, the character became an instant icon, with kids of all ages running to their local toy stores (remember those?!) to purchase their own version of what they saw on the big screen. 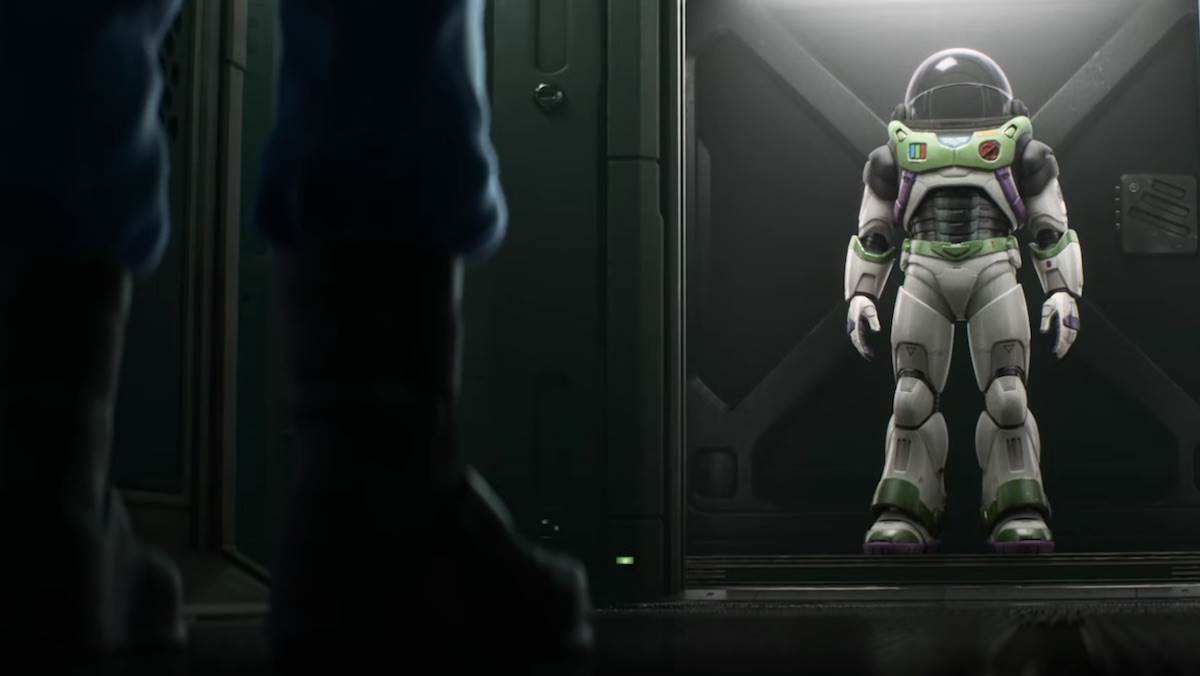 Wait a minute! A movie that had kids running to the stores to buy a toy version of what they saw on screen? Well, now that’s interesting. It seems to happen when films become blockbuster hits, and that’s where Lightyear’s Director, Angus MacLane, jumped in. He explains, “So the question when I pitched this movie was, “OK, well, what was the movie that Andy saw that made him want a Buzz Lightyear [toy]? Why don’t we just make that movie, and make it awesome?” That was the pitch. And now I’ve been developing it for 5½ years.”

Lightyear was announced last December during the Walt Disney Company Investor’s Day presentation, when Pixar Chief Creative Officer revealed the film as that same idea, that this isn’t a Toy Story film, but rather an action-adventure sci-fi film. He went on to say that this film is based on the backstory for the Buzz Lightyear character, but as a separate movie outside of the Toy Story franchise that would exist in the Pixar universe that Andy might have seen in the theaters that made him (and everyone else) want that toy.

Don’t get confused by that either, as we know from the original Toy Story films, Buzz does have a fully fleshed-out backstory, and its one that MacLane is quite versed in. “The first thing I got to do at the Studio was help design Zurg,” MacLane says. “Buzz is something that I’ve always been really excited by on a really detailed level, and so much so that on Toy Story 2, [in] the opening scene, a lot of the Buzz vs. Zurg stuff was stuff that I got to animate on. It was a really great experience because I knew that this was a world that I was really into, because I was into sci-fi.”

And since the characters of the film aren’t a cast of toys that come to life, Lightyear has a look vastly different from the Toy Story films. “Specifically, the look of the film is inspired by the sci-fi films of my youth,” MacLane explains. “The two big things for me are making it look cinematic (with lots of shadows and high-contrast camerawork), and making it feel like the world is chunky. It’s easy for CG to make things feel flimsy and thin, [and] a lot of the old sci-fi films had no CG, so they had to make everything. They used to use a lot of cardboard [for set pieces], and all the spaceships had to be built so they looked real. That was the design aesthetic that you can see in the trailer. It’s not necessarily realistic, but it’s believable within the sphere of its design language.” 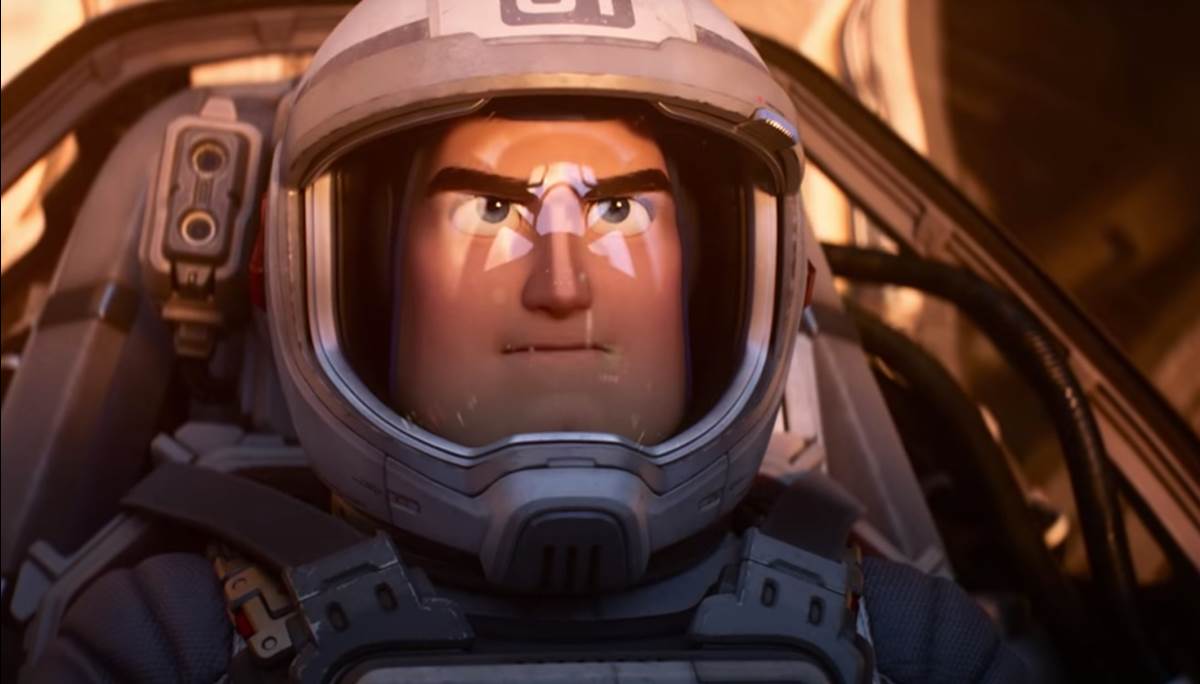 Remember, this movie was the blockbuster film that Andy saw that made him want the toy, and a blockbuster of such magnitude would feature a star-studded cast. A cast that, maybe, wasn't available to provide vocals for the toys. After all, even in our world Tom Hanks and Tim Allen (who voiced Woody and Buzz respectively in the Toy Story films) don’t provide sounds and tracks for all their toys or even the characters in the Disney Parks parades and performances. When Lightyear was announced, it was also announced that Chris Evans would provide the voice of Buzz Lightyear, which had a lot of fans asking, “why him?”

According to MacLane, “Chris was our first choice and the reason why he was the first choice is because [the idea behind Lightyear was that] it was meant to be unabashedly a blockbuster in the kind of corny sense of like, “This is a big movie,” and we wanted a big star. Pixar doesn’t usually put an emphasis on finding the “biggest star,” but in this case, this character comes with such a huge expectation. [Evans] plays it pretty straight, but he’s funny and he understands the character. When we pitched the movie, he totally got it. He’s been such a great creative partner and [has] been so excited about the project. His contributions are really coming from a place of wanting to get it right for the reverence of the character and figuring out who this character is as we’ve built him out in this universe.” Lightyear is set to arrive in theaters next year, and you too can see the film that Andy might have seen that made him want the Buzz Lightyear toy when it arrives on the big screen in our world in the Summer of 2022.