Why “Jingle All the Way” is Unironically My Favorite Holiday Film

The holiday season is upon us, as is evident by some of the new additions to Disney+’s library. There are dozens of great holiday movies out there and I’m sure you all have your favorites that you just have to watch every year. In the discussion of the best holiday movies, there are several titles that always come up, like  Home Alone, The Santa Clause and Die Hard (though I am in the camp that says that movie is absolutely not a Christmas movie). My personal favorite however, is one that does not typically come up in that conversation.

Please, allow me to explain why Jingle All the Way is unironically my favorite holiday movie. 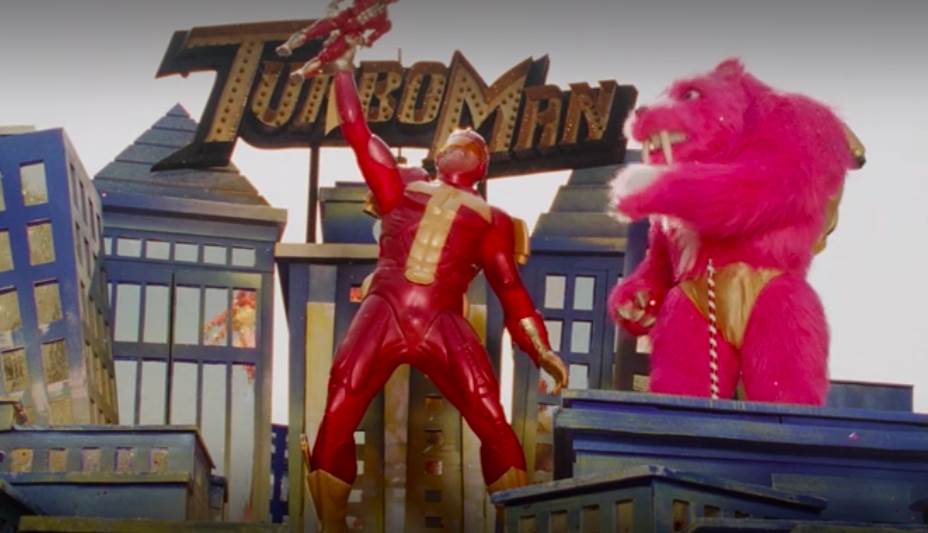 I know, I know. Ok. Settle down. Listen, I’m not going to sit here and try to sell you on the idea that Jingle All the Way is a cinematic masterpiece. In fact, it’s probably anything but (yes, I said “probably”). What this movie is though, is a whole lot of fun.

The premise is simple – an overly work-focused father forgot to buy his son’s Christmas gift and it turns out it’s the hottest toy of the holiday season. Hilarity ensues as he has to scramble on Christmas Eve to find this toy in order to prove that he is not a bad father.

Somewhere along the line, the makes of this film decided to take this simple premise, with a message that Christmas is becoming overly commercial and it should really be about family, and make it as ridiculous as they possibly could.

Who do you get to play the relatable father facing all of the same problems as most of the dads in America? Arnold Schwarzenegger, because nothing says relatable like 6’2” and 235 lbs. of pure muscle. And does he go on a heartwarming journey where he sees what this holiday is truly about? Nope! He punches the Big Show and drinks beer with a reindeer.

All of this might sound like I’m bashing this movie, but these are all reasons I love it. Jingle All the Way doesn’t take itself too seriously. There are plenty of holiday movies that are all about the message and trying to be that heartwarming, family-gathering classic. And then there are some that are just completely ridiculous. The worst thing a movie can do, is get caught in between the two. Jingle All the Way doesn’t have that problem. 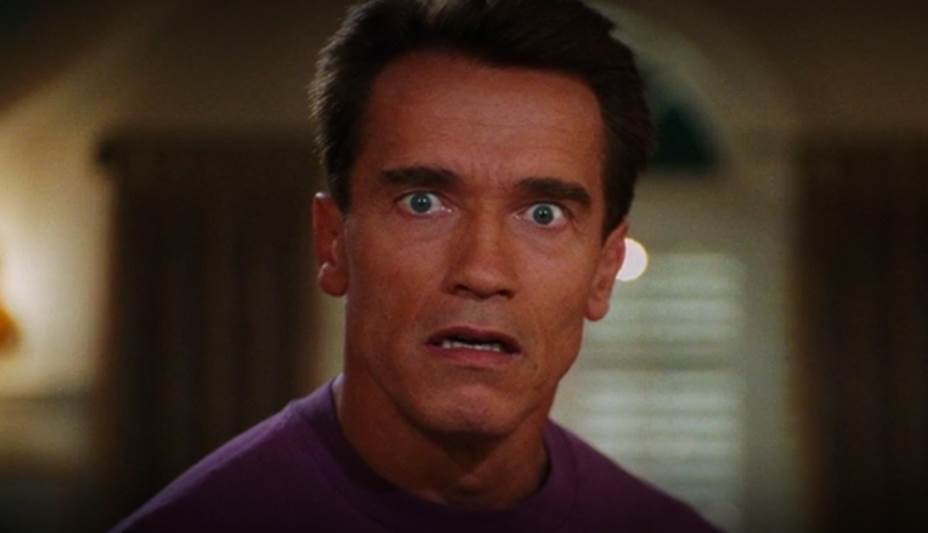 I mean, who doesn’t want to see Arnold running from a reindeer before punching it in the face. Or chase a bouncy ball throughout a mall. Or maybe get into a brawl with an army of mall Santas before posing as an FBI agent. Perhaps you want to see Sinbad threaten a bunch of police officers with a bomb after threatening to assault a local radio DJ. Oh no, I got it. You want to see Arnold put on a superhero costume that was meant for a local holiday parade but somehow includes a fully functional jetpack and weapons and watch him fly around Minneapolis before knocking his rival, a mailman he met that day, off of a building.

Surely I’m exaggerating, right? Nope! All of that actually happens in this movie! And that’s my point. This movie is absolutely wild and it’s hilarious. 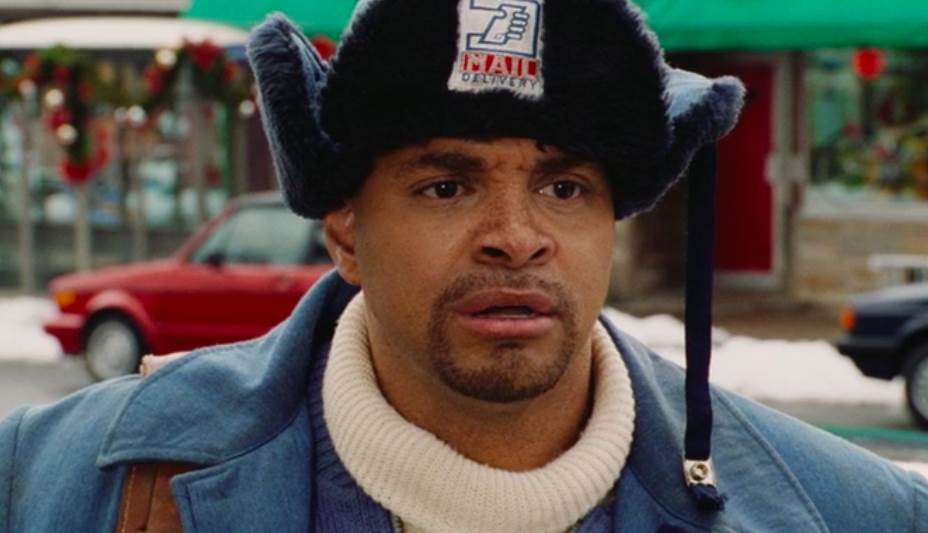 And of course, every good superhero stroy needs a great villain. And that’s exactly what this movie is: a superhero story (I guess, I don’t even know any more. Just go with it). Sinbad is the perfect comedy villain in a movie which somehow manages to simply take another, more relatable character in the exact same situation as our lead and make him the villain. If you can’t enjoy Sinbad’s wild, over-the-top antics in this movie, then I just feel sorry for you and I hope you enjoy watching A Christmas Carol for the 12th time this year. I would even go as far as to argue that this is Sinbad’s best role since he played that genie in Shazaam.

The rest of the cast – which includes Rita Wilson, Phil Hartman, Jim Belushi, Chris Parnell and the aforementioned Big Show – all fit their ridiculous roles perfectly as well. Everyone in this movie is doing the absolute most. 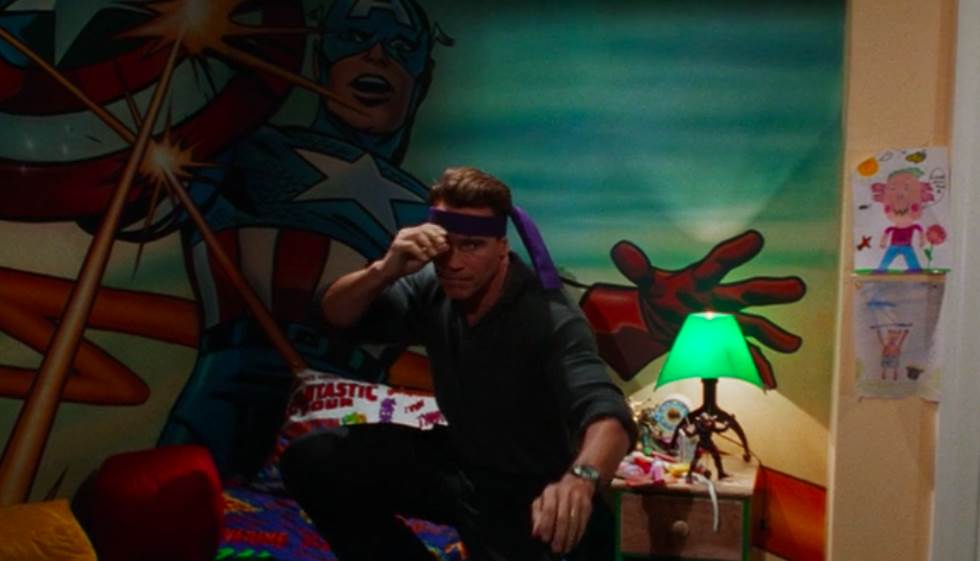 And that’s it. The reason I love Jingle All the Way so much is because it is an absolutely wild and ridiculous movie that isn’t afraid to just have fun. I mean it’s a movie about the Terminator dressing up like a superhero to earn back the love of his son, Anakin Skywalker. Plus, the kid has just the coolest room, as you can see above. What’s not to love?

So when you’re scrolling through Disney+ this holiday season and looking for a movie to watch with your family, maybe revisit Jingle All the Way and give this ridiculously fun movie another shot.

Jingle All the Way is now streaming on Disney+.