If I had access to a time machine and could only choose one place and time to visit, I would go to Disneyland during its first decade. Extra pixie dust on that dream would be to bump into Walt Disney while there, but beyond my wildest dreams would be for the man who started it all to give me a tour of the park. That fantasy can become a reality on November 16th with the release of Walt’s Disneyland from Disney Press. In advance of the book’s release, I had the pleasure of speaking with Disney historian and author Marcy Carriker Smothers, who made a splash with her debut Disney book Eat Like Walt in 2017. 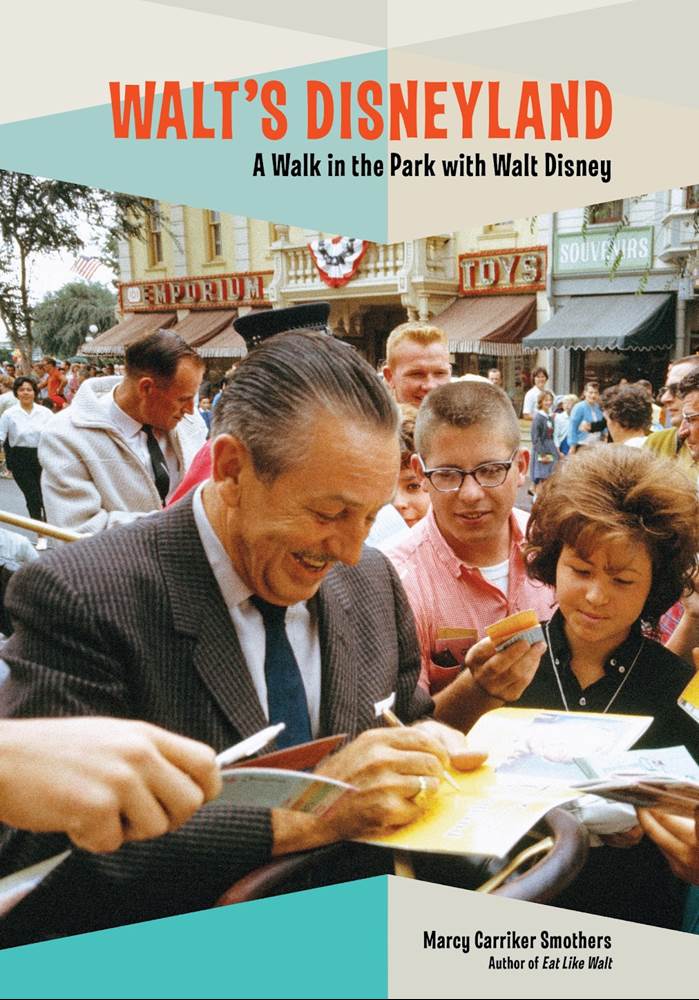 Alex: The book is dedicated to Disney Legend Jim Cora. What lessons or sources of inspiration did you incorporate into the book from your mentor?

Marcy Carriker Smothers: After Eat Like Walt was published in 2017, Jim and I met at our favorite restaurant, Byblos Cafe, in Anaheim. He said, "What's next, kid?" I had three ideas, however the moment I mentioned a "guidebook" for Disneyland told from Walt's perspective, he immediately said, "That's the one! Make it a priority." Jim remained deeply committed to Walt long after he retired. Honoring him, the Disney heritage, and traditions were paramount to him and he passed those tenets on to me. For this book, Jim shared personal recollections and offered sage guidance every step of the way. A few fun insults, too. He referred to himself as my "intern" and used to chide me that he was way overdue for a pay raise. I hadn't intended to have a dedication for this book, however after Jim passed in March, that was the highest honor I could accord him.

Alex: How long have you been doing research for this particular book? As a lifelong Disneyland fan, does it feel like it's been in development longer than the actual writing process took?

Marcy Carriker Smothers: I am always researching, even as I write. They go together like Chip and Dale for me. I began the process shortly after my conversation with Jim and finished mid-July of this year. That's an interesting observation about the development. Yes, I am always drawing on my lifelong memories of Disneyland, in particular the feeling we all get once we go under the Disneyland Railroad and enter Town Square and see Sleeping Beauty Castle on the horizon. That inspires and motivates me as I write!

Alex: How did you decide on the way you would bring readers through Disneyland and where the tour would and wouldn't go?

Marcy Carriker Smothers: Great question. And the simple answer is that if I did not have a great Walt story or anecdote for a location, it wasn't included. There are plenty of wonderful fact books about Disneyland. Rather than listing every site past and present from Walt's era, I concentrated on weaving quotes and firsthand accounts into the narrative. My goal was to keep Walt's spirit and legacy alive as we take a walk with him in his beloved Magic Kingdom.

Alex: Did you have a hand in the layout and visual design of the book?

Marcy Carriker Smothers: I have Suzi Hutsell at Cameron + Company to thank for the beautiful design and layout of the book! I chose every single image and we worked together very closely. Suzi was able to take everything I dreamed about and plus it, all the while managing my never-ending enthusiasm, which I admit can be exhausting. Suzi was like an Imagineer for me, taking what was in my head and bringing it to life. I'd like to add that while I had enough material to create a coffee table book, my editor Wendy Lefkon and I purposely chose an affordable paperback, something portable the reader could take into the park. I think Suzi delivered all that in a colorful, evocative and whimsical package.

Alex: Was there any information about a location or photos you were seeking that couldn't be found?

Marcy Carriker Smothers: Luckily, I had two very productive visits to the Walt Disney Archives previous to the pandemic. I received most of the scans for my research late in 2019. With regard to the photos, I have Mike Buckhoff in the Walt Disney Photo Archives to thank. As I searched for images, using all the resources I had available, he went above and beyond locating the digital images for me. I am grateful to Walt Disney Imagineering for sharing assets in their collection. I am also indebted to National Geographic and the Walt Disney Family Museum, along with others outside Disney. There were a few photos that couldn't be found, however thanks to all my collaborators, I am very pleased with what appears in the book.

Alex: During Eat Like Walt, you spent a lot of time writing in the park. Were you able to repeat that process for this book and if not, what did you do to put yourself in the spirit of the park?

Marcy Carriker Smothers: I was writing at Disneyland right up to March 13, 2020. I wrote at Downtown Disney several times later in the year, sitting on the concrete bench outside the gates near Lost and Found. It was amazing to me how long everyone waited in line for health and security checks – without complaint – to experience the Disney magic. It was an elixir for many of us. At home, I wrote exclusively to Disney music. My favorites are Disney Piano and Disney Classical. I also built my own “Writing with Walt" playlist selected from Walt Disney Records the Legacy Collection: Disneyland. That includes songs from the attractions Walt worked on, “Married Life” from Main Street, U.S.A., and the “Main Street Electrical Parade.” I threw in some Mary Poppins, too, because, well, Walt. Walt’s Disneyland comes out November 16th just in time for the holidays, making it a perfect gift for the Disney fan who has everything. Thanks to Marcy Carriker Smothers, Disney fans can not only Eat Like Walt, but also take a tour of Disneyland with the dreamer himself. 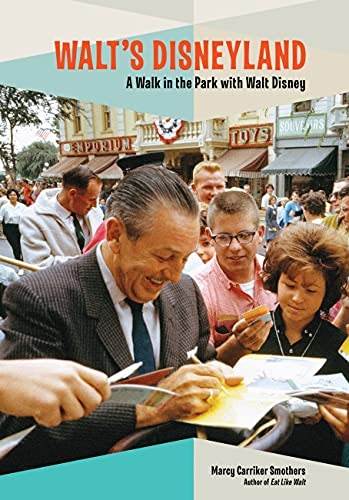 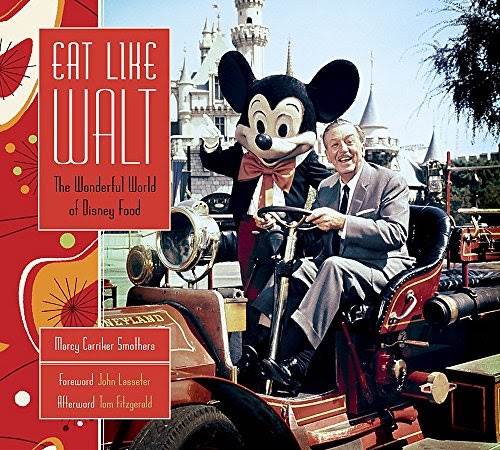