This week’s new episode of Sydney to the Max is extra-musical. “Praise Your Voice” is about overcoming your shyness to sing in front of a crowd. Here’s a recap of Sydney’s and Max’s stories from this weak. 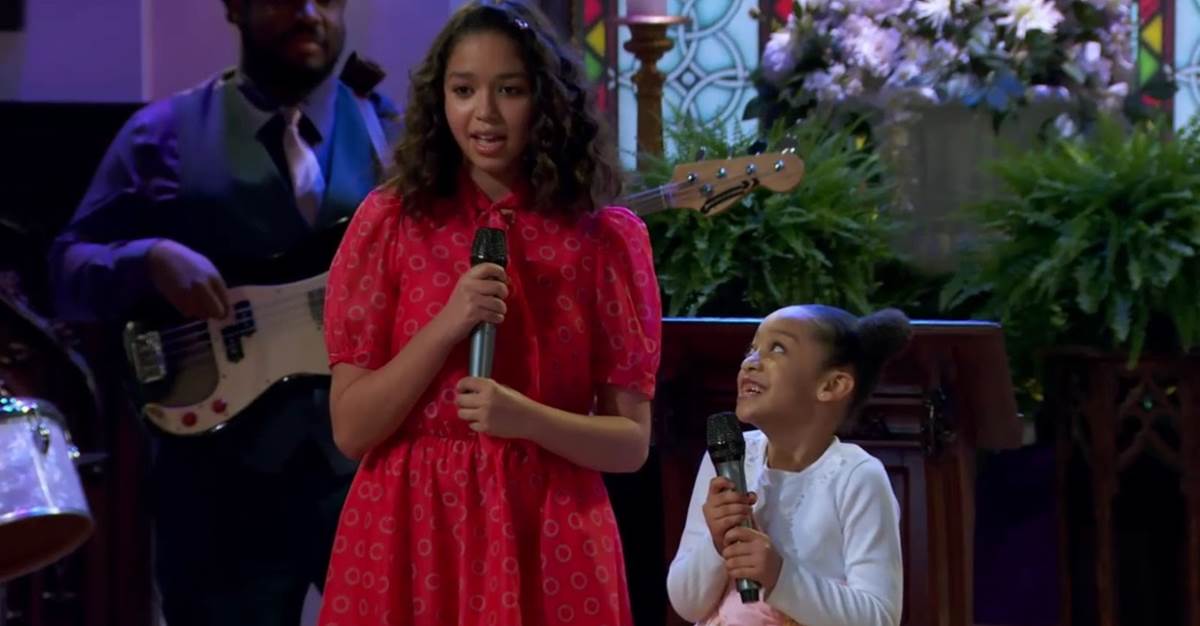 Lexi asks Sydney, Max and Judy for advice on which dress to wear at church tomorrow. When she leaves to try on another, they realize that they haven’t been to church in a long time. The next day, they arrive at Mount Bethel and when Pastor Moore asks newcomers to stand up, Lexi does so and points them all out. Sydney is amazed by Sister Dominique’s gospel performance of “This Little Light of Mine” and when Pastor Moore tells her there’s an opening for a teen soloist at next Sunday’s service, Lexi accepts on Sydney’s behalf.

Olive comes over and Sydney tells her that she will be singing “Amazing Grace” next week in church. Olive asks if she can hear Sydney rehearse, but Sydney struggles to emulate Sister Dominique’s soulful tone. Olive encourages her to keep practicing, but by the end of the week, Sydney doesn’t feel like she has it. Even worse, Lexi tells Sydney that the service is going to be live-streamed, so even more people will hear it. Sydney decides to pretend to lose her voice to get out of it.

That night, Max tells Sydney that it’s strange because she sings all the time and has never lost her voice before. When Sydney goes to the kitchen, Lexi hands her a drink that her grandma used to make to cure sore throats. Sydney takes a gulp and it’s so bad that in her normal voice, she says “Yuck, what is in this?” Lexi realizes that Sydney was faking it and gets upset with her.

Sydney goes to Lexi’s room to apologize for lying, telling her cousin that she doesn’t feel like her voice is soulful enough. “Singing gospel is all about putting your own spin on it,” Lexi tells her, saying it’s meant to uplift, not impress. Lexi tells Sydney that she will take her place at church tomorrow. The next day, Lexi gets on stage to perform “Amazing Grace” and during the song, Sydney finds her confidence and joins her, making it a duet. Afterward, Max is so proud he can’t stop crying. Lexi announces that Pastor Moore asked them to sign a duet again next week. 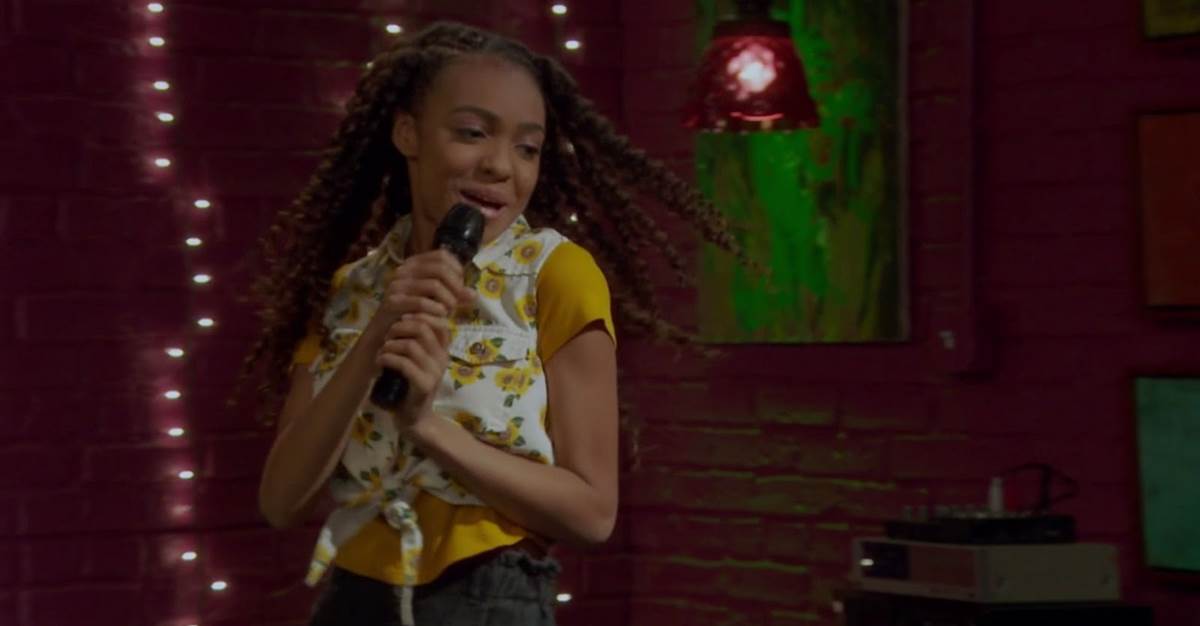 Alish brings her friends Tia and Nia, who are twins, to the arcade to show Max and Leo a song they’ve rehearsed for their girl group. Max suggests that they perform at the open mic night he and Leo do poetry slams at, but before the show, Tia and Nia get chickenpox. Max and Leo agree to fill in for them, but rehearsal doesn’t go well. Max suggests that Alisha perform solo, but she’s too nervous.

Max asks Alisha to come to the open mic night to watch him and Leo do their poetry slam, but when she gets there, he has brought a cassette of the music and asks her again to do the song as a solo artist. He tells her that if she gets nervous, she can pretend that he’s the only one in the room. She agrees to try and she does a great job, getting cheers and applause in the end.

Sydney to the Max will return on Friday, November 19th with a new episode called “Pie Hard” on Disney Channel.

When Lexi makes their family’s recipe for their famous sweet potato praline pie, Sydney tries her hand at carrying on the family tradition but misses the mark and her mom.