And just like that we’re at the semi-finals! Can you believe it?! So far, this season has been full of shocking events (JoJo in the bottom two and my sudden adoration of Jimmie Allen), viral moments (every JoJo/Jenna number and Us dance from Iman & Daniella), and contestants I’ll never forget (JoJo and Jenna). Even so, I’m still not sure there’s a clear fan-favorite yet. However, on a completely unrelated note, have you streamed “Boomerang” by JoJo Siwa? 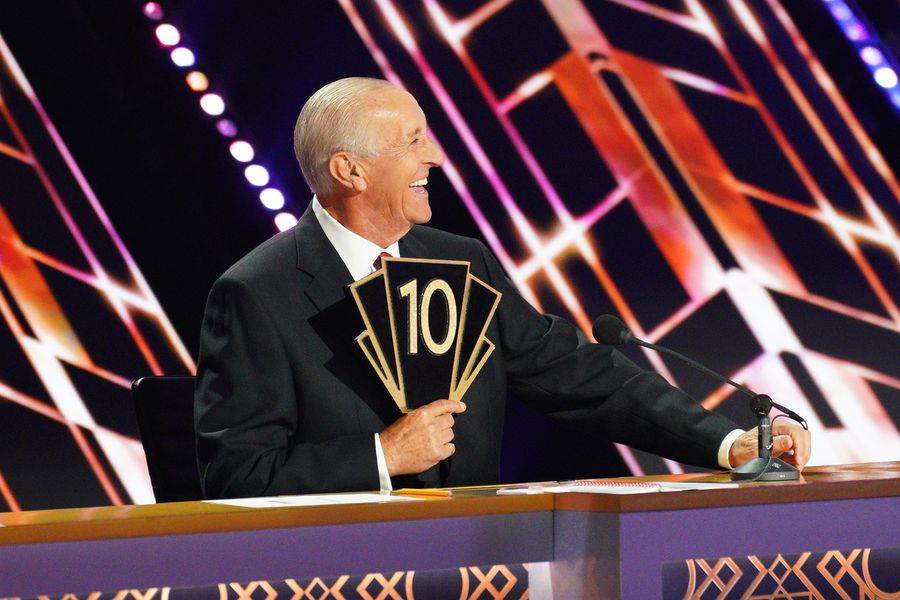 This week's episode starts off with the stars getting some much needed therapy sessions with Dr. Miz while we receive another strut from Tyra. This time, I actually heard Tyra declare the night as a double elimination, so we can be prepared! Let’s get into it.

The couples tackled a style of dance they have already performed in the competition as a form of redemption. Each couple had one judge step into their rehearsal room and assign the genre for their redemption dance.

Cody Rigsby & Cheryl – Salsa – These two are assigned the salsa from the ever energetic Bruno. After missing this style due to their quarantine measures, I loved seeing the couple get a second chance. Len said this number was “action packed” while Derek said the last leg lift “got him gasping.” I feel like I’ve been tough on Cody this season because I have such high standards for him after loving his Britney rides. However, I believe this was his strongest performance so far! Judges Scores: 9 – 9 – 8 -9

Melora Hardin & Artem – Rumba – Len gave his recommendations for this pair as they took another shot at their second style from this season. (By the way, I adore watching Len boogie!) Melora, looking like a vision, really took Len’s notes to heart and gave a slick rumba rhythm. Her movement was equally fluid as it was articulate. Carrie Ann deducted a point for a lift and yet again, I’m sad about this rule I don’t understand. Judges Scores: 8 – 10 – 9 – 9

Suni Lee & Sasha – Foxtrot – Feeling funky and fresh after a perfect score, these two were assigned the foxtrot from Carrie Ann. Last time, Suni was criticized for her lack of sensuality and character. From the first few steps, we once more witnessed a brand-new Suni or “Suni 2.0” as Derek referenced on the DWTS stage. Carrie Ann exclaimed for joy as she expressed her excitement for Suni’s clear improvement. My heart burst as this little Olympian said she was gaining confidence. See, kids?! Even gold medalists can feel insecure! Judges Scores: 10 – 9 – 9 – 9

JoJo Siwa & Jenna  – Argentine Tango – My favorites got the head judge, Len! The pair start with a fedora for a mere few seconds and it really does the trick. Turning up the heat, JoJo and Jenna give what Len asked for: girlfriends dancing! This “bloody brilliant” tango was another one for the books from these two and if I don’t see them in the finale, I’m writing a strongly worded letter signed by a Siwanator. Judges Scores: 10 – 10 – 10 – 10

Iman Shumpert & Daniella  – Tango – Derek crashed the rehearsal to share his expertise and wow, what a transformation! Accompanied by an instrumental version of “Telephone,” obviously I was transfixed by this performance. Their height difference has been a source of conversation, but as Derek noted, it doesn’t always have to be a problem! Iman is the first NBA star to make it this far in the competition and he accomplished that due to his dedication to the artform and the passion of his partner. Ballers can ballroom, folks! Judges Scores: 9 – 9 – 10 – 9

Amanda Kloots & Alan – Tango – So many redemption tangos! It speaks volumes that Len had to go all the way back to Amanda and Alan’s first week for their redemption dance. FRom the moment the dance started, I had a bone to pick with the lighting design. Why is it so dark? Let me see the pretty people dance! Regardless, I saw a powerful performance from The Talk’s Amanda. Bruno said it was “polished” and Carrie Ann called her the “Boss Baby,” I think? Judges Scores:  9 – 10 – 10 – 10

For round 2, the six semi-finalists are challenged to tackle a full-length, second dance.

Melora Hardin & Artem – Contemporary – The Most Interesting Person Award goes once again… to Melora! Every package reveals another fun fact about this actress and I am fully enamored and only slightly surprised every time. Dancing to “Thunder,” I really enjoyed Artem showing off Melora’s abilities within the piece. AS Carrie Ann said, Melora is such a “lyrical” performer and dances from the heart. Melora said we should all watch her documentary (that I couldn’t hear the name of) and I agree, we should! Judges Scores: 9 – 9 – 9 – 9

Cody Rigsby & Cheryl – Argentine Tango – It is revealed that Cody has a Mickey tattoo on his bicep and we’re all thrilled. The set looked like something from Hadestown as Cody takes centerstage and it seemed to be the center of the judges minds as they brought the opening image up individually. Throughout the number, Cheryl did a lot of work. Again. Cody seemed to get lost in the mix, although he remained powerful in his stance. Were there a few breakout moments? Sure, but to me it looked like Cody and Cheryl would be in peril of the double elimination. Peloton pack, rise, ride, and vote! 9 – 9 – 9 – 9

Suni Lee & Sasha – Contemporary – Sasha picked “Gravity” and I cried! Having her life change overnight a la the Olympics must have been really tough for this shy star and it has been so beautiful to watch her grow and transform on this show. Starting off with a contemporary solo, Sasha is not holding back Suni’s tricks tonight. She really was a vision on the dance floor and I feel like a proud mother watching my girl flip all around. Give her a 10 from me, thanks! Judges Scores: 10 – 9 – 10 – 9

JoJo Siwa & Jenna  – Contemporary – Grandparents make me cry, so I cried! Watching JoJo on Dance Moms, I know she holds a strong background in this style of dance. Sometimes I wonder if experienced dancers shouldn’t be allowed on the show, but then I’m always their biggest fan. (Shoutout to Zendaya and Sabrina Bryan!) Once again, Jenna delivers more of my favorite choreography. “You mix artistry with athleticism,” Len praised in response to JoJo’s strength on the floor. A perfect night for a perfect pair! Judges Scores: 10 – 10 – 10 – 10

Iman Shumpert & Daniella  – Jazz – Dancing to his wife’s song, Iman hits the floor with both a powerful presence and powerful hairstyle. Daniella incorporated jazz with this R&B tune so brilliantly, playing to Iman’s noted swagger as a performer. “More lifts than Uber,” Len said, delivering another brilliant one-liner in response to Daniella playing the role of Iman’s parrot once more. The pair received 38 out of 40 from the judges!

Amanda Kloots & Alan – Contemporary – Amanda and Alan dancing to her late husband’s song, “Live Your Life,” is heartbreaking enough, but Alan’s choreography destroyed me. I couldn’t really dissect this number as tears blocked my view, but I was completely moved. Amanda is a beautiful dancer and I’m so glad she was able to deliver this touching tribute to Nick Cordero Judges Scores: 10 – 10 – 10 – 10

With just six couples left, who do you think will take the mirrorball trophy home? You won’t have to wait too long to find out because next Monday night is the season finale. See y'all there!