TV Review: “The Curse of Von Dutch: A Brand to Die For” (Hulu)

The name Von Dutch conjures imagery of trucker hats, flaming hems, an eyeball with wings, and the brand’s iconic font. It was inescapable at the start of the 2000s but like most clothing brands, you probably don’t know much about where it came from, how it rose to power, and why it died. The full story is revealed in the new Hulu documentary series The Curse of Von Dutch: A Brand to Die For, premiering on November 18th. 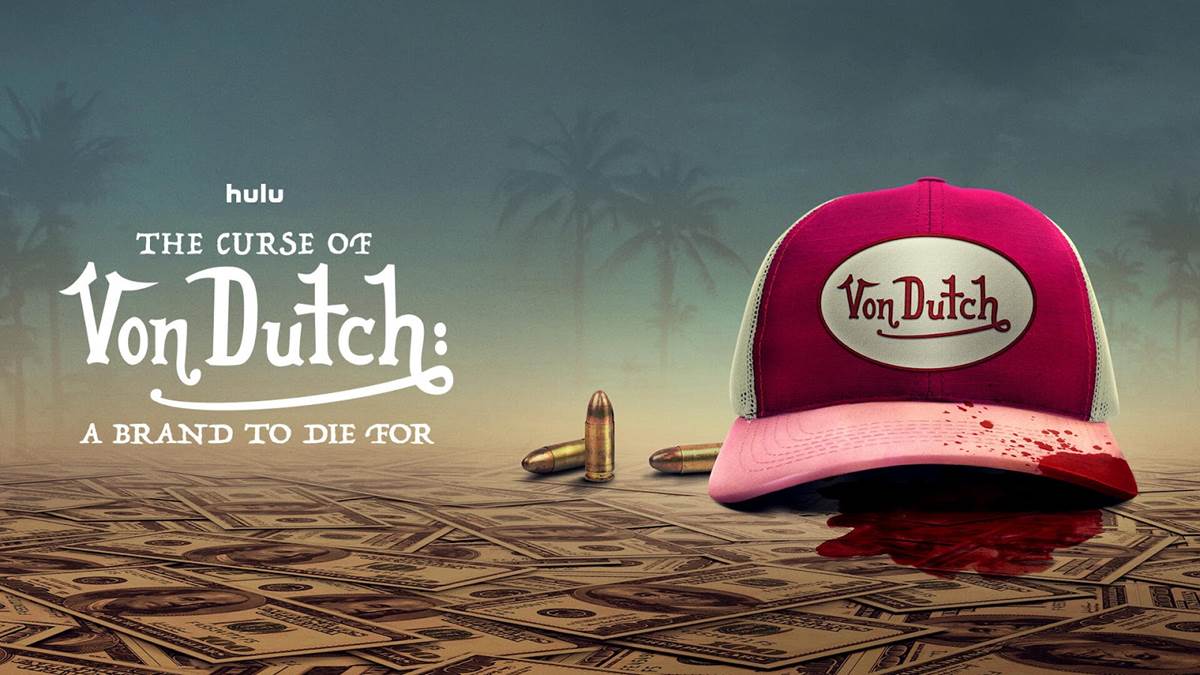 Was Von Dutch cursed? The three-episode series takes viewers through the who, what, where, when, and why of all things Von Dutch, starting with the men who take credit for creating it. Like McDonald’s, not everyone claiming to be the founder was there at the beginning. But as the layers are peeled back, what emerges is a story of crime, murder, and deception.

Through a mix of talking-head interviews, archival footage, and dramatic reenactments, director Andrew Renzi brings the story to life and gives viewers all sides of the story. With contradicting narratives from different perspectives, viewers are kept on their toes and tasked with forming their own conclusions about where the truth lies. The series also adds in some star power, not just in archival footage but through interviews with stars who helped popularize the brand, including Paris Hilton and Dennis Rodman.

Inspired by the art of a mechanic who popularized pinstriping, the Von Dutch clothing brand went from a niche brand for mechanics to the biggest names in Hollywood. This documentary series makes you question the origin story of your favorite brands and companies, although few are probably as twisted as this one. However, with three hour-long episodes, the narrative tends to drag a little bit and likely would’ve been more exciting as a faster-paced film.

The Curse of Von Dutch: A Brand to Die For showcases the ruthlessness and greed that comes with immense success. Once upon a time, anyone who was anyone wore the brand. More recently, not even the Kardashian’s could bring it back from the dead, but even worse, lives and livelihoods were lost. And the best way to learn more is by watching this docuseries.

I give The Curse of Von Dutch: A Brand to Die For 3.5 out of 5 former Disney Channel stars wearing Von Dutch trucker hats.

The Curse of Von Dutch: A Brand to Die For premieres Thursday, November 18th on Hulu.