Dopesick concludes with its final episode, “The People vs. Purdue Pharma”. Is justice on the horizon? Will anyone take responsibility for the opioid crisis unleashed by OxyContin? We shall see. 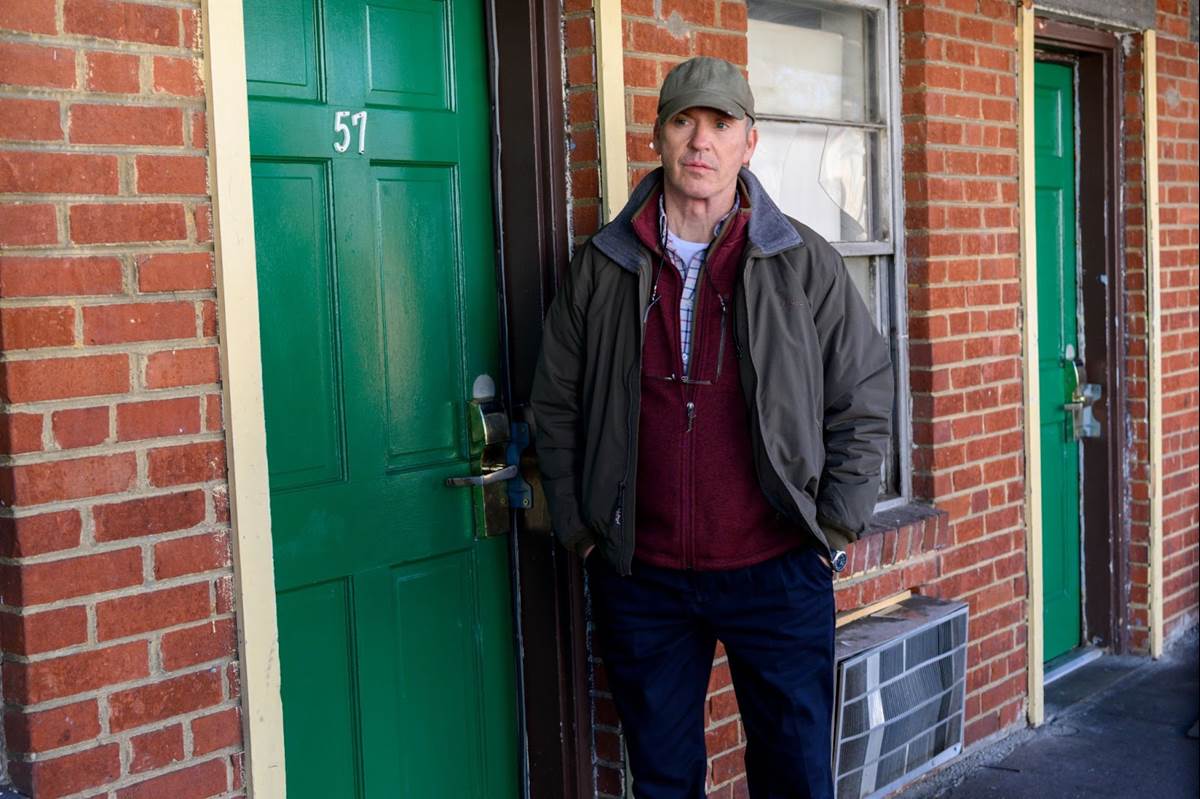 It’s 2019 and people are angry at Purdue Pharma. At a museum display that the Sackler family are benefactors too, protestors storm the building and protest the Sackler’s and their role in the creation of OxyContin.

In 2002, Dr. Finnix (Michael Keaton) is feeling positive about his future. He believes he may have beaten his addiction. A chance meeting with a former patient Elizabeth (Alayna Hester) gives Finnix an idea. Taking her to lunch, Finnix explains his treatment and how he thinks it might help Elizabeth. Feeling regretful about Betsy, Finnix pushes Elizabeth to let him help her by paying for the treatment and drive her each week to treatment. Elizabeth agrees.

At Purdue Pharma, Amber (Phillipa Soo) is getting ready for her move to New Orleans. When she inquires why Billy (Will Poulter) hasn’t put in for his transfer, things are looking hopeful for the young sales rep’s relationship. Until Billy is called into management and accused of stealing training tapes (which he did). Billy denies the crime but is fired anyway.

In 2006 Rick Mountcastle and Randy Ramseyer (Peter Sarsgaard and John Hoogenakker) met with United States Attorney John Brownlee (Jake McDorman) over the status of their case. Settlement talks are floated with Purdue offering a few million, which Brownlee counters with a substantial billion-dollar settlement counter. The case continues.

Dr. Finnix returns home for the first time in many years. He meets with Diane and Jerry Mallum (Mare Winningham, Ray McKinnon). Trying to express his sorrow over the loss of their daughter Betsy, Finnix offers his condolences, and his apology. Before leaving, Jerry tells Finnix to go and live his life.

Elizabeth is looking good, and now between her and Finnix, another former patient has joined them on their journey to rehab, and hopefully a brighter future.

Rick and Randy’s determination to succeed brings them to Billy. Now in law school, they confront him with the information that they believe he stole some training tapes from Purdue. Denying the accusation, Billy states that if he had taken the tapes they were long ago destroyed. Rick and Randy leave disappointed but encourage Billy to contact them should the tapes surface. 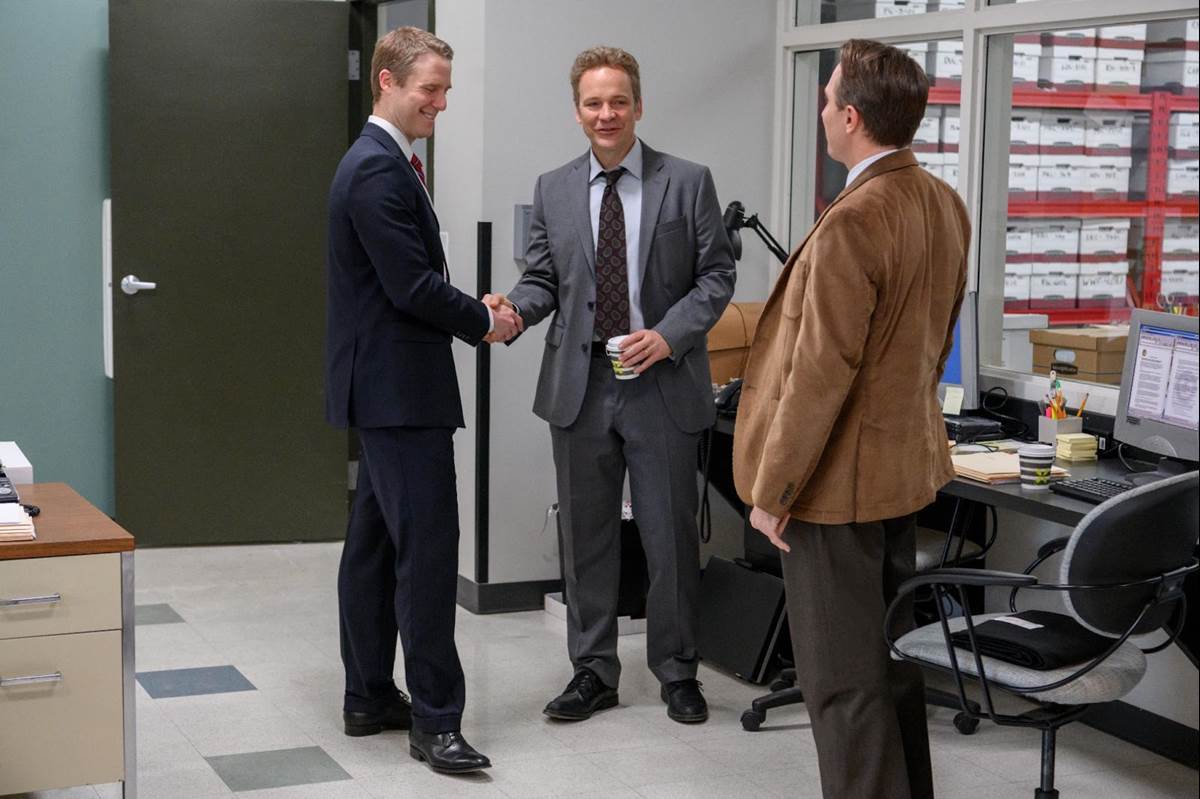 The movement against OxyContin is growing in 2002, and a small grassroots protest has caught the attention of Purdue and Richard Sackler (Michael Stuhlbarg). Wanting to avoid publicity, representatives from Purdue meet with the group and offer them money. The idea is appealing to many of the group until a prominent member of the group named Sister Beth, tells them that Purdue is offering them blood money. The group wisely turns down the offer.

The weight of one’s conscience is too much for Billy. The Purdue training tapes arrive at Rick and Randy’s office. Armed with inside knowledge the case proceeds against three prominent Purdue executives. The case is airtight, and Purdue wants to cut a deal. The executives want to plea to misdemeanors and the company will pay out six hundred million in damages.

Asked to delay, Brownlee is adamant that the deal is signed, or they will go to court. Even a potential leak of Brownlee being fired as a US Attorney won’t stop the case. While Rick is deflated by the lack of criminal charges and the ability to pursue the Sackler family, he accepts the plea deal. Victims of OxyContin are outraged. A protest at the court won’t sway the judge. In his ruling, the judge empathizes with the protestors and the victims, but his job is to execute the law, and the plea deal is legal.

With the case over, Rick and Randy can relax for a moment, and wonder about what might have happened if they had gone to court. Bridget Meyer (Rosario Dawson) stops by to celebrate with the two prosecutors. While Rick and Randy are wondering what the outcome of their case will mean in the long run, Bridget reminds them that they have struck the first successful blow against Purdue. They celebrate the idea of fighting the battles even if they don’t win the war.

At the Mountain Ridge Wellness Center, Dr. Finnix has continued his journey, and now leads group therapy sessions for addicts. Finnix has experienced so much, and as he continues the group discussion, he talks about how sometimes something good can come out of something bad. 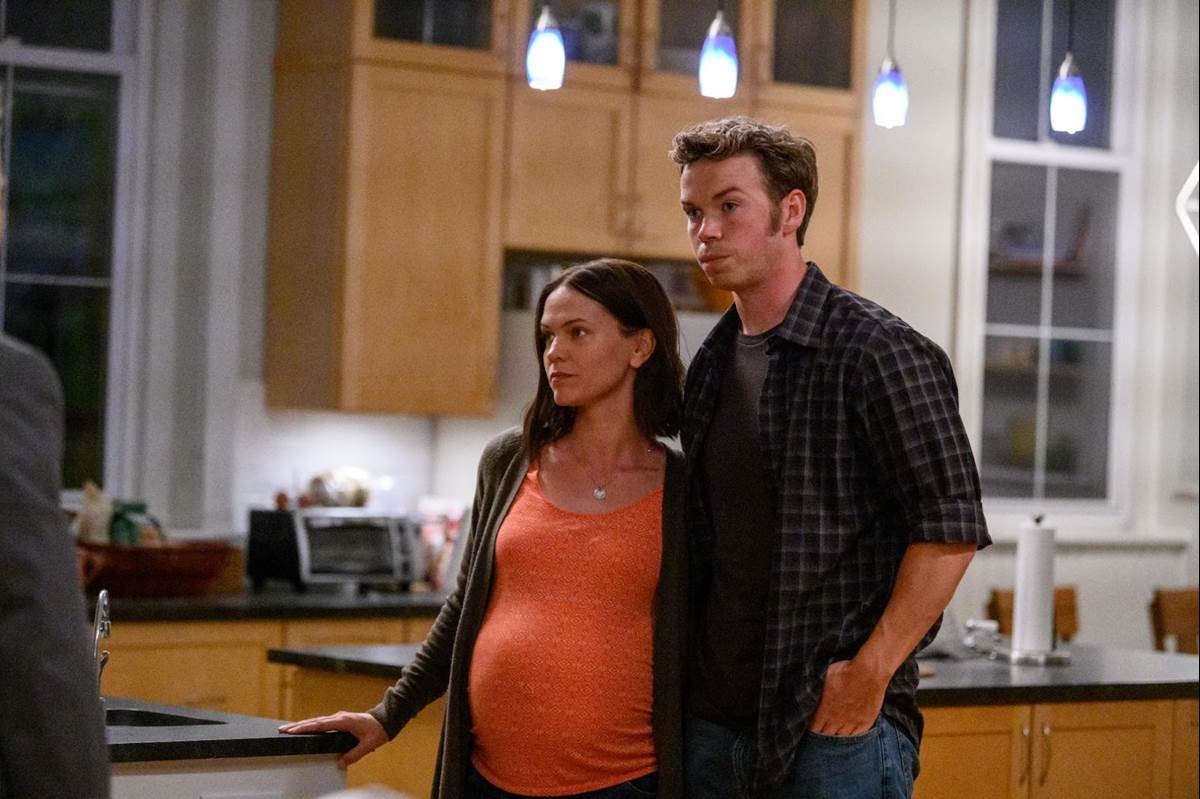 There is no happy ending to Dopesick. Lives were ruined, people died, and for the most part, the people behind the opioid epidemic have yet to see any punishment. Pharmaceutical drugs are a business with a lot of grey areas that the high powerful executives can skirt the law and responsibility. It’s important to remember as episode eight beautifully points out, Purdue Pharma may be in bankruptcy court, but the Sackler family is still very rich.

Layered with brilliant performances throughout the show, I found Dopesick tough to watch, but necessary. It’s a reminder to everyone that corporate greed and profit is often preferable than the welfare of consumers.

We haven’t heard the last from the producers of the actors of Dopesick. I fully expect the producer, Michael Keaton, and Kaitlyn Dever to be on the award circuit all next year for their work. They have earned their accolades.