It’s time to dive into the finale of Dancing With The Stars Season 30! Tonight, we found out which couple went home with the mirrorball trophy and which couples went home with the award for Best Brag at Thanksgiving Dinner. Opening with a gorgeous routine featuring the DWTS contestants of the past, I suddenly realized I was in for a very emotional night. Let’s pretend I didn’t scream, “I MISS YOU, SUNI!” at my television screen. Strutting her final strut in a dress that would make any ole’ Glinda jealous, Tyra made her last grand entrance for Season 30 and just like that, they danced! 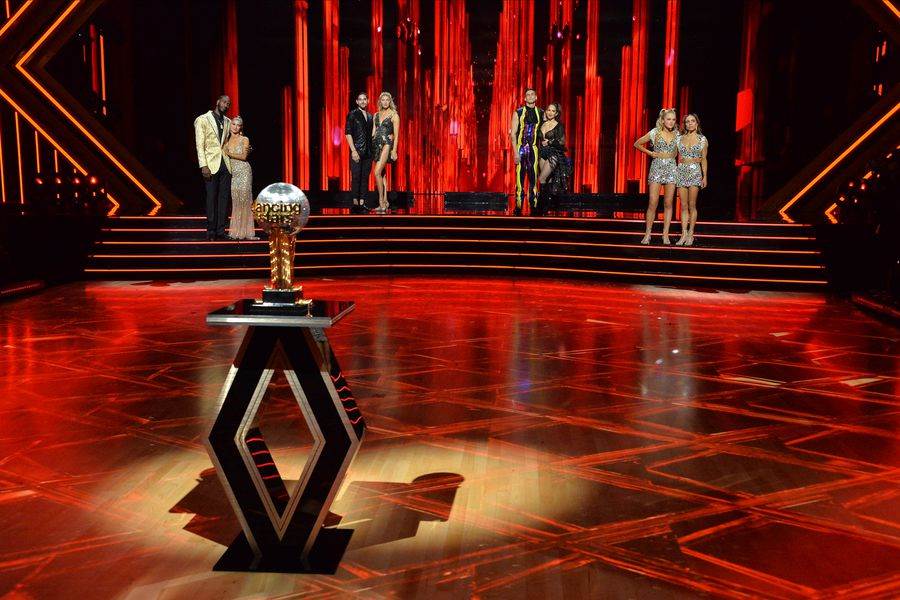 Please Note: Tonight’s finale featured a different Hough Judge as Julianne filled in for Derek due to a breakthrough case of COVID. He showed up and is feeling well!

Each couple blended two genres of dance together for this “fusion-style” round.

Amanda Kloots & Alan –  Vienessa Waltz X Pasa Doble – Amanda started the finale off with a confetti-worthy performance (so soon!) and exemplified a brilliant fusion-style of dance. This intense number showcased intensity that seemed somewhat cathartic for the pair after such an emotional season. Carrie Ann mentioned a few hiccups here and there and I also sensed some nerves showing through, but she was put first! That’s tough. Judges Scores: 9 – 10 – 9 – 10

Cody Rigsby & Cheryl – Pasa Doble X Cha-Cha – Cheryl hasn’t been in the finale for a very long time and after such an arduous journey, I’m sure just making the finale means everything to these two. From the opening moment, it was clear Cody had his game face on. His footwork was clean and intentional throughout and together, they proved that they deserved their place in the finale. Oddly enough, Cody said, “This competition challenged me like I’ve never been challenged before,” and that’s exactly what I said when I finished his 20-Min Peloton Pop Ride. Judges Scores: 9 – 9 – 9 – 9

JoJo Siwa & Jenna  – Tango X Cha-Cha – I can’t with these two, I simply cannot. This historical duo doubles as a historical friendship. Starting at the top of her personal marquee, we are transported into the world of Icona Pop and I don’t want to ever go back. In no surprise, these girls tore up the dance floor and brought the heat with this fusion piece. Carrie Ann remarked that the show often gets criticized for casting stars with dance experience, but explained contestants like JoJo are exactly why they do that. Beyond improving her dance skills, JoJo metamorphosed into a powerfully confident young woman before our very eyes and it was a thrill to watch. Judges Scores: 10 – 10 – 10 – 10

Iman Shumpert & Daniella  – Cha – Cha X Waltz – He’s the first NBA player to make it to the finale and the first to make me a fan for life! This pair danced to the best song of all time “September” and delivered an equally satisfying performance. Iman switched back and forth to each style so gracefully and never missed a step. Ending in a hug, I once again asked for a moment to get myself together and grab a box of tissues. The judges panel corrected Iman for calling himself an underdog and instead, complimented him on redefining the narratives and expectations of athletes on this show. They never doubted his abilities. Bruno declared Iman as the “King of The Ballroom!” and conjured up a perfect score! Judges Scores: 10 – 10 – 10 – 10

For round 2, the finalists competed in a freestyle round. That means, flips, tricks, and more galore!

Cody Rigsby & Cheryl – Sidenote: I loved this pair referring to themselves having a “long-distance relationship” because of one week of quarantine. Anyways, yet again, Tyra said it best: Cody brought the ball to the ballroom! He entered from the air in a crescent moon, transitioned to a moment on the pole, and vogued all the way home to the styles of Todrick Hall. I’m not sure what I can say beyond… we all had fun! Want to know the two things I’ve learned from the two Peloton classes I’ve taken? One: I love Cody because he believes in me, therefore I believe in him. Two: With his incredibly dedicated following, Cody and Cheryl could very well take the mirrorball trophy home tonight. Judges Scores: 10 – 10 – 10 – 10

Amanda Kloots & Alan – This couple jumped through hoops this season to exceed the high expectations bestowed upon Amanda as a Broadway dancer, so it's not completely surprising that the pair opened with a bit of a circus trick. After a few beats of Aerial, the sounds of Coldplay rang through and I grabbed the tissue box immediately. Segueing into a joy filled contemporary group movement, Amanda shined through. This star in particular is one of the most resilient contestants we’ve ever seen on this show and I’m so glad America got to see her story and heart on this stage. Judges Scores: 10 – 10 – 10 – 10

JoJo Siwa & Jenna  – Dressed to fit the part, the besties graced the ballroom stage for the last time embodying two, shiny mirrorball trophies. Ending with Gaga’s anthem, “Born This Way,” was just as poetic as it was fierce. This dance reminded us all that JoJo sells out stadiums year round and now I’m starting to think Jenna may just join her on tour. This number is the kind of moment that will get Gaga’s attention and to me, that’s the same thing as getting the mirrorball trophy. (Have I mentioned #TeamJNation?) Judges: 10 – 10 – 10 – 10

Iman Shumpert & Daniella  – I’ll be the first to say I didn't expect this pair to dance the final performance of the season, but here we are and I’m beaming! We can’t leave this season without commending Daniella on her sheer bravery. Falling from the height of Iman is terrifying, but she never held back and if anything, added MORE stunts. Brava, Daniella. Now for the number, I could not let my eyes leave the screen to write a single comment down. Wow. IMAN IS A GREAT DANCER. OKAY!?! I really hope this isn’t the end of his dancing journey and only the beginning. Judges Scores: 10 – 10 – 10 – 10

Before I knew it, I heard Jimmie Allen sing for the first time and season 30 was over! Oh, wait… I think I’m skipping something… ah, the winners. Running against the clock as usual, Tyra revealed the Top 2 couples as JoJo & Jenna and Iman & Daniella. With a record breaking number of votes, the winners of Season 30 are… Iman & Daniella! After that last number, this Siwanator cannot argue with those results. Congratulations to this couple for defying the odds (their height difference) and bringing home that mirrorball Mama Iman!

Well, that’s a wrap on Season 30. Not to be dramatic, but I was emotionally invested in the journeys of nearly every star (sorry, Brian Austin Green) and loved every minute of this groundbreaking season. Until next time, I’ll see ya later, Siwanators!