“Pie Hard” isn’t necessarily a Thanksgiving-themed episode of Sydney to the Max, but the holiday is mentioned and the dessert featured is a fitting one. As the title suggests, it’s all about pie, but more than that, it’s about tradition. Here is a recap of the latest episode of the hit Disney Channel sitcom, starting with Max’s story. 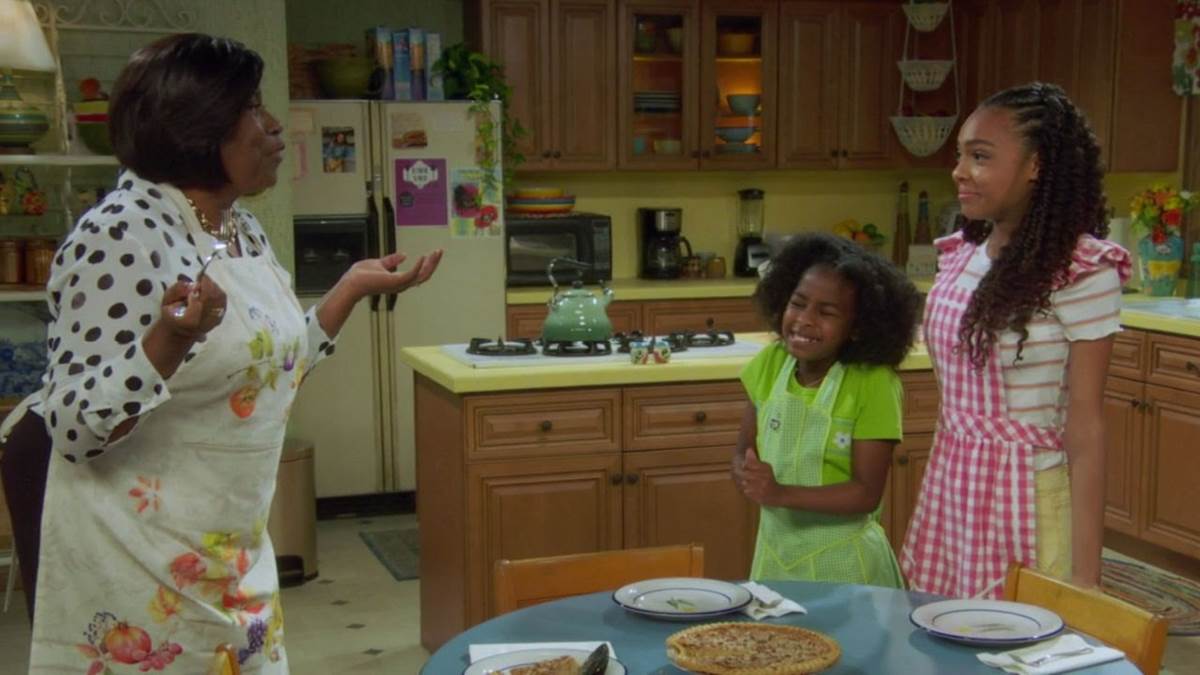 Max, Alisha and Leo at at Alisha’s house eating her mother’s delicious sweet potato praline pie. Alisha’s sister Essence comes in and takes a slice. Their mother Maya comes home from work and they ask if she can bake them another pie, but she has work to do. Alisha and Essence get an idea to thank their mother for how hard she works by baking her a pie, which is a family recipe.

The kids go to Max’s house and gather all the ingredients, but they soon find that the recipe is a little hard to follow. It doesn’t give precise measurements or even a suggested baking temperature and time. Alisha and Essence argue over the baking temperature and decide to make two pies, letting Max and Leo be the judge of which is better. In the end, both pies taste bad and Alisha and Essence don’t feel like they can serve them to their mom.

When Maya gets home from work, Alisha and Essence greet her with a store-bought pie, explaining that they tried to make the family’s traditional sweet potato praline pie, but it tasted bad. She apologizes for having not taught them how to make it yet and puts off the work she has to do that night to teach them. After baking the pies, Maya tastes them and says “It’s perfect. My babies made a perfect pie!” 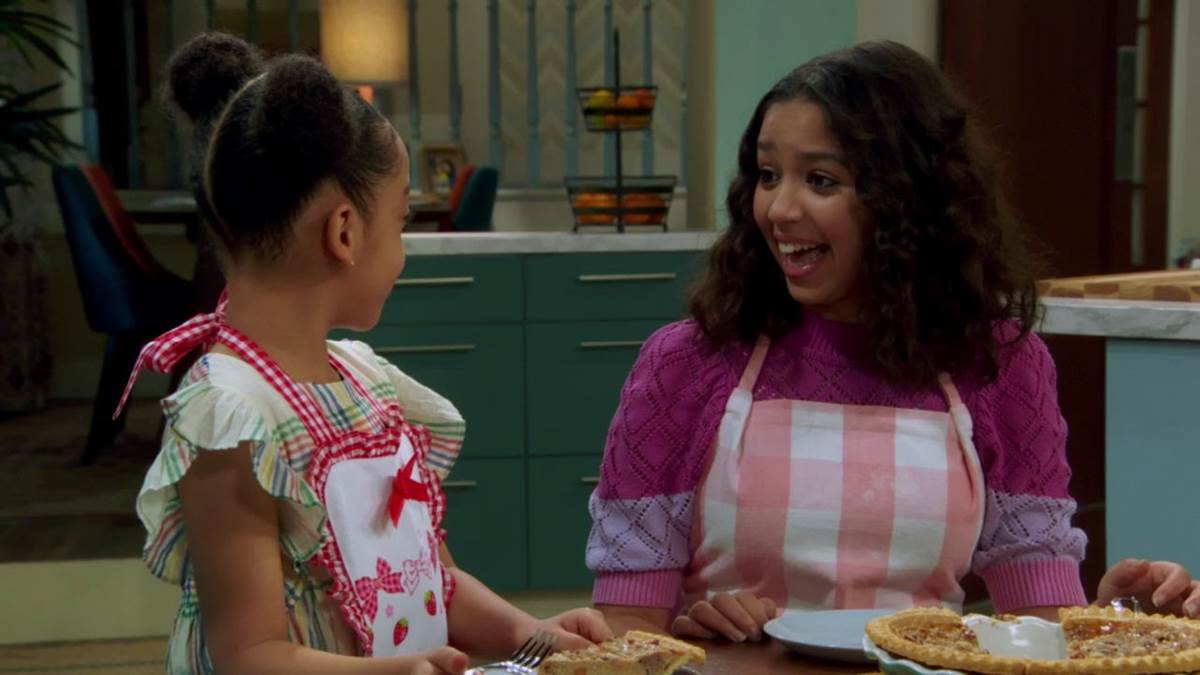 Lexi, Essence’s daughter who is staying with the Reynolds family, made sweet potato praline pie and she won’t let anyone taste it until it has cooled. Winston, Lexi’s minature horse, looks sad with his head in the window and Lexi tells Judy that he misses volunteering at retirement homes to cheer people up. Judy tells her that her sorority does a lot of community service and she will see if they can set up a similar program for her and Winston. When the pie timer goes off, Sydney and Judy dig in and agree that it’s the best pie they’ve ever had. Max comes in and loves it and Sydney has an idea to open up a pie stand at Reynold’s Rides.

Later, Lexi has a hard time selling a slice of pie at the shop, so Sydney asks Olive to try a piece and brag about it to get other customers interested. She goes overboard, but her reacition is sincere and suddenly people start buying pie. That night, Lexi can’t believe they sold out of pie and when Max comes home, he tells her that a customer wants to order four pies for tomorrow. She says she can do it, but when Judy comes home and tells Lexi she and Winston can volunteer at a retirement center tomorrow, she would rather do that. She asks Sydney if she can bake the pies for her, saying she must know how to since it’s a family recipe. When Sydney says she’s never made it before, Lexi asks “Didn’t your mom ever teach you?” When Lexi goes to bathe Winstone, Judy asks Sydney if that comment upset her, but she says she’s fine.

Olive comes over to help Sydney bake the pie and they both have problems following the directions, which don’t list specific measurements or a baking time and temperature. Max is the first to take a bite when it’s ready and he pretends it tastes good, but when sydney tries it she feels like a failure. “I’m missing the most important ingredient,” she says, “My mom.”

Max finds Sydney in her room writing in her journal. “I tried your mom’s first attempt at the sweet potato praline pie when she was your age,” he tells her, sharing the story about how it wasn’t good until Grandma Maya taught her how to do it. He offers to help her figure out the recipe, but she says she feels left out because her mother didn’t live long enough to teach it to her.

The next day, Lexi and Judy return from volunteering and Sydney tells her that she had to cancel the pie order becuase she wasn’t able to make a tasty sweet potato praline pie. Sydney mentions that her mom wasn’t around to teach her like Lexi’s was, but Lexi says her mom didn’t teach her either. She learned it from her uncle Mike one year at Thanksgiving. “The tradition is that the family recipe is taught by family and I’m your family, so now I’m teaching you.” Later, Lexi and Sydney tase their pie and it tastes great, but Lexi wants the approval of the “Pie authority.” A short while later, Grandma Maya is on a video call with a slice of pie the girls sent her. She confesses that their pie tastes even better than her own.

Sydney to the Max returns on Friday, November 26th, with “Any Given Sunday Brunch.” Here’s the official episode description from Disney Channel.

When Sydney and another congregation member offer to throw the after-church Sunday brunch at the same and time, a competition ensues.