It seems like every time I review a Marvel project, I end up saying “It is unlike anything Marvel has done before.” That streak continues with Hawkeye, which debuts on Disney+ on November 24th. But through the adventure, both Jeremy Renner and Hailee Steinfeld give spectacular performances that rank among Marvel’s best. 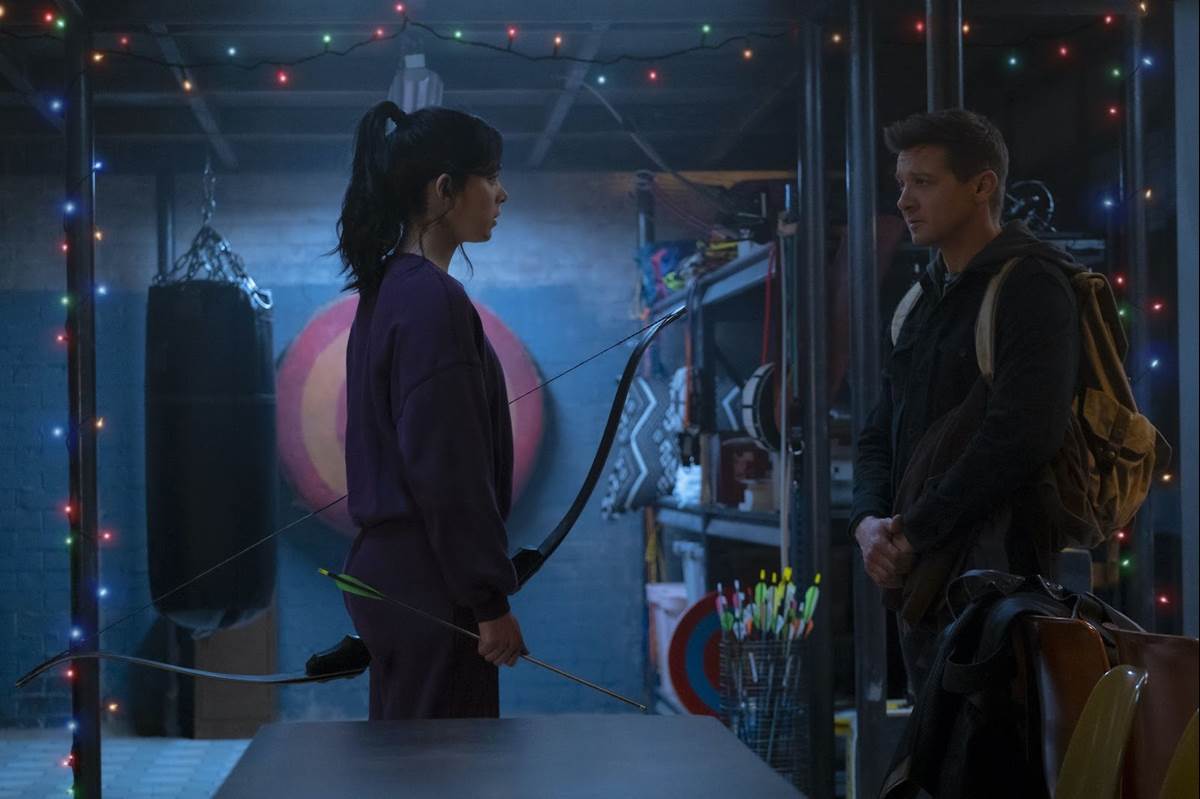 The story begins with a young Kate Bishop whose life is changed during an important moment in MCU history. While she loses a lot, she gains an idol in Hawkeye (aka Clint Barton). Flashing forward, Barton is trying to enjoy a Christmas vacation with his kids in New York City. Of course, this is hindered by the fact that he is an Avenger. While he isn’t as famous as Tony Stark, he is still recognized and bothered in the same way I imagine mid-level celebrities are when going through their day.

Inadvertently, Bishop brings back a part of Barton’s past that he was trying to forget. This brings them together in an adventure that reveals a criminal conspiracy that involves the “Tracksuit gang.” And while I am wary of going into spoiler territory, I will say that tracksuit-wearing villains are not the oddest plot element of this series.

In addition to very strong acting performances, another highlight are those special Marvel concepts that add an extra level of fun. Whether it is the holiday setting, “Rogers – The Musical,” or a pizza-eating dog, each of these joyful touches adds something to make the fabric of the show richer. 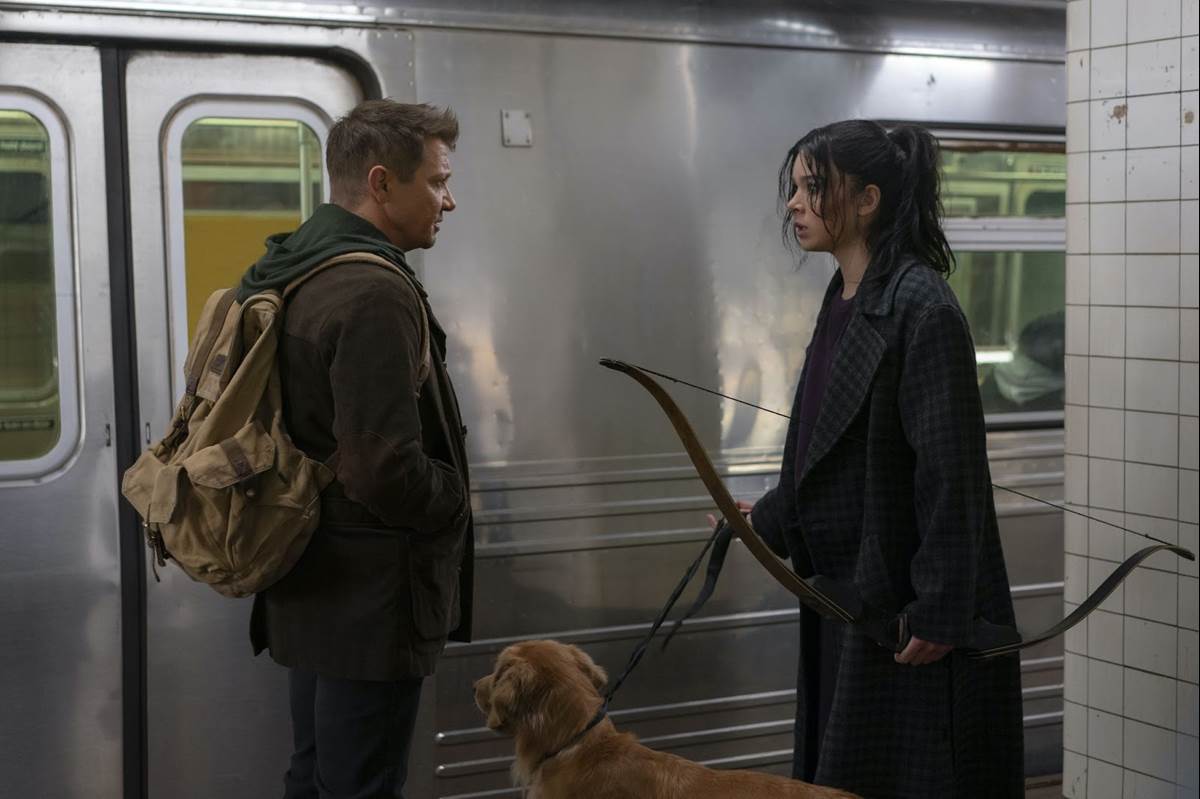 I will say that it was wise for Disney+ and Marvel to debut with two episodes. The character-focused nature of the show causes the series to take its time to get going as the first episode is really just setting the scene. In many ways, the early pacing is reminiscent of WandaVision. Family plays an important role in the show, and the first episode establishes your connection to both Barton’s and Bishop’s relatives.

Hawkeye does a great job of showing how hard it is to balance being an Avenger and a regular person. The movies have not had a chance to show much of their personal lives, as they are often saving the world. Therefore Hawkeye is a perfect fit for Disney+ as the extra storytelling time provided by the series format allows us to get a better glimpse into what the daily life of a superhero is really like. I hope we get a lot more like Hawkeye on Disney+ in the future.