Houses made of candy are often inhabited by witches with a powerful craving for children. But in Candified: Home For The Holidays, a team of non-cannibalistic candy makers work together to create a home where everything you can see and touch is covered in (or made of) candy! There are no witches here in this holiday treat for Hulu subscribers. Jackie Sorkin calls herself “The Candy Queen” and is the CEO of Candy Kingdom, which creates immersive traveling candy experiences. This four-episode reality show chronicles a new potential venture, candy living. With a potential investor who dreams of building a candy hotel, Jackie and her team have six weeks to create a proof-of-concept candy house.

While Candified: Home For The Holidays is edited like a reality competition, it’s actually a documentary series. Everyone is on the same team and the only competition to speak of is against each tick of the clock as the deadline draws nearer. With her team of artists, including engineer husband Chris Fernandez, Jackie and her big personality lead the team to bring edible livable art to life.

Drama is born out of some clashing personalities, including power struggles over assigned responsibilities. I’m not much for reality TV and these moments took me out of the show. But what I did appreciate was the artistry at work and the unforeseen setbacks and scope creep. 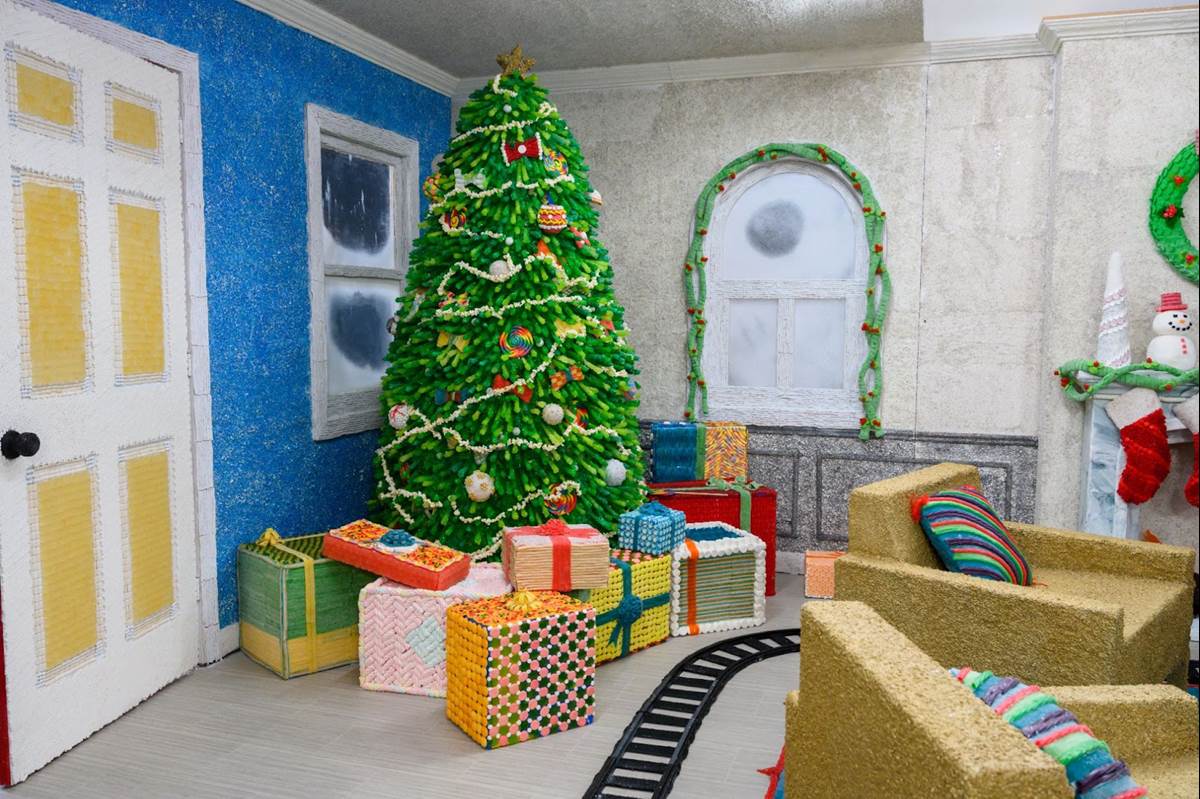 Six weeks are condensed into four hour-long episodes of Candified: Home For The Holidays. Viewers who tune in will watch Jackie’s seven-person team cut, glue, melt and shape hundreds of thousands of pieces of candy to create a house that will be put to the test by not only their families but a local chapter of the Boys and Girls Clubs of America. If successful, viewers could one day stay in a hotel made of candy designed by this same team. If not, your dreams of staying in an immersive candy-themed hotel will be just a sugar-induced fever dream.

I give Candified: Home For The Holidays 2 out of 5 giant jars of blue gummy bears.

Candified: Home For The Holidays premieres Wednesday, December 1st, only on Hulu.