There are many character in the Marvel universe to choose from when you’re looking for a comic to read. Few of them are as adorable and lovable as Lucky the Pizza Dog though. Lucky is the subject of a brand new Infinity Comic available today on Marvel Unlimited, and it’s everything fans could ask for. 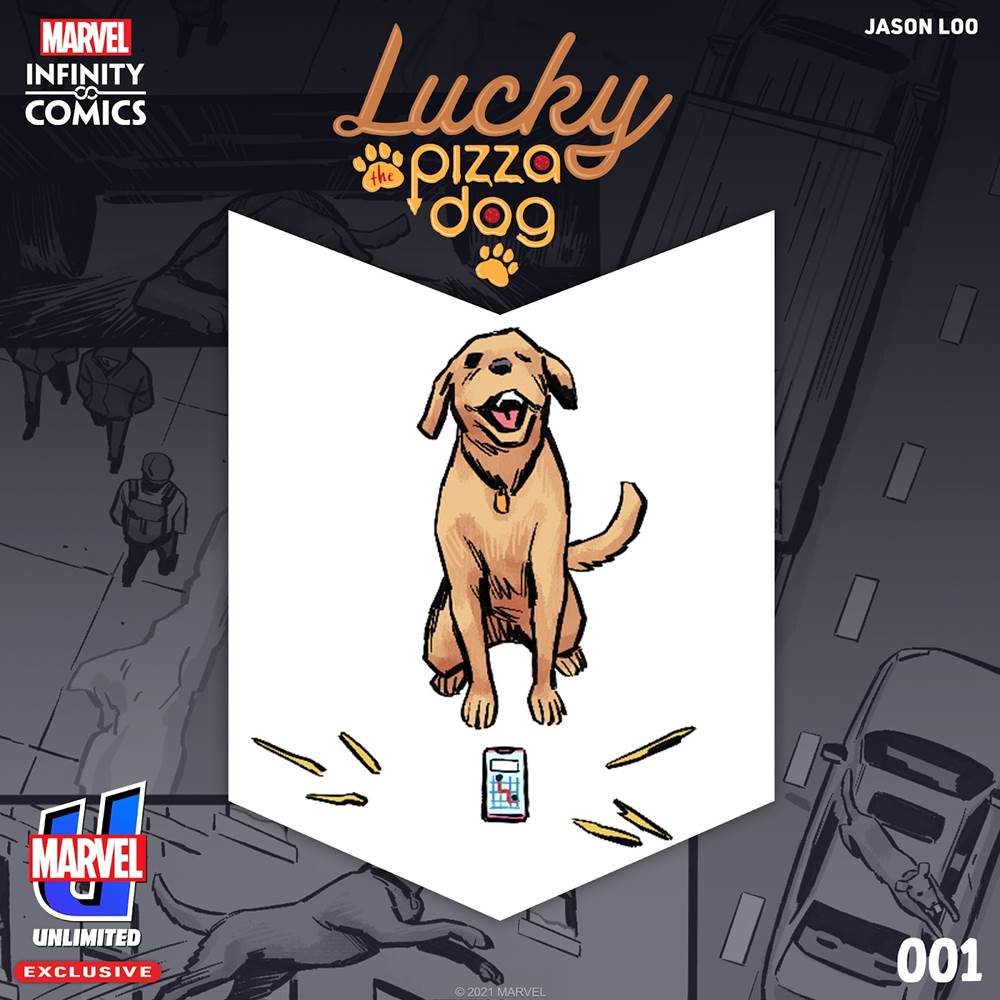 First off, this trending format of Infinity Comics is perfect for a character like Lucky. When focusing on a dog, stories tend be very brief and not very wordy. That fits this vertical scroll perfectly as you can almost keep a continuous scroll going as you enjoy the adorable and hilarious artwork.

As for this story itself, it is perfectly simple. Kate Bishop is frustrated with how long her pizza deliver is taking for Lucky takes matters into his own hands, erm, paws. Making his way through the city, he track this slow delivery guy just to bring Kate her pizza a little faster, and maybe steal a slice for himself.

Creator Jason Loo provides some fantastic visuals in this short comic, especially when taking into consideration the fact that the whole story is told with these visuals. There are no words spoken in the entire comic, aside from a few exclamations, so the art really needs to speak for itself. That proves to be successful as the story is very easy to follow and you can almost hear exactly what Lucky is thinking every step of the way.

Overall, “Lucky Delivers” is just a fun story, perfect for fans who are just discovering this lovable character. Its one of the most charming comics you’ll pick up and it is certainly not going to take up a whole lot of your time.

“Lucky Delivers” is available now on Marvel Unlimited. And if you enjoy this Infinity Comic, I would recommend also checking out “Hawkeye (2012) #11,” which can also be found on Marvel Unlimited. That story, from writer Matt Fraction and artist David Aja, is also told from Lucky’s point of view and allows you to get to know the character even more.

You can also see Lucky the Pizza Dog in Marvel’s Hawkeye which premiered today with the first two episodes now available on Disney+.