A brand new theme park is coming to, of all places, the middle of Iowa. Set to be a companion to the already existing Lost Island Water Park, the similarly named Lost Island Theme Park looks to be a highly themed location, complete with thrills, uniquely themed flat rides and even a trackless dark ride. Owner of both the theme and water park, Gary Bertch is investing more than $100 million into the Lost Island Theme Park, which will be opening in Waterloo, Iowa next summer. In development for a decade, this new park will expand upon the Polynesian theming of the neighboring water park. Covering 42 acres in size, the park will be split into five highly themed areas containing unique attractions within. Gary’s son Eric even said that “the experience will be closer to a Disney or a Universal Park than a Six Flags.” 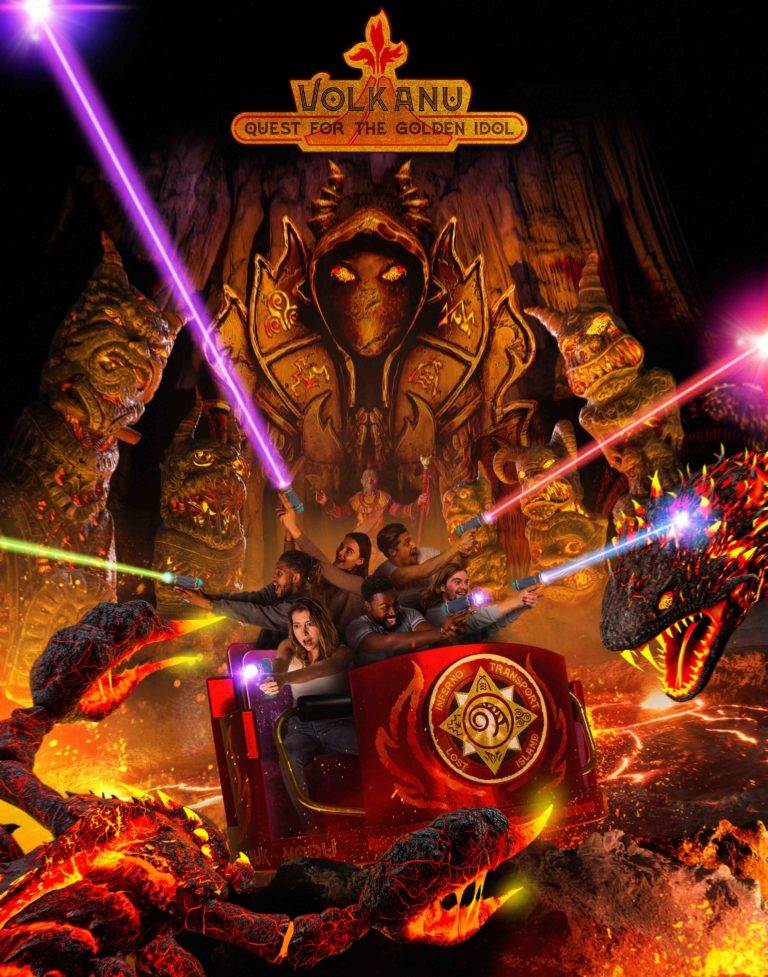 One of the most exciting attractions coming to the park was announced at last week’s IAAPA Expo in Orlando, and it’s called Volkanu: Quest for the Golden Idol. This will be a trackless dark ride designed by Sally Dark Rides, intertwining perfectly with the park's mythical theme. The attraction will be located within a signature volcano in the “Fire” realm of the park. Sally even had animatronic figures from the attraction on display at IAAPA. 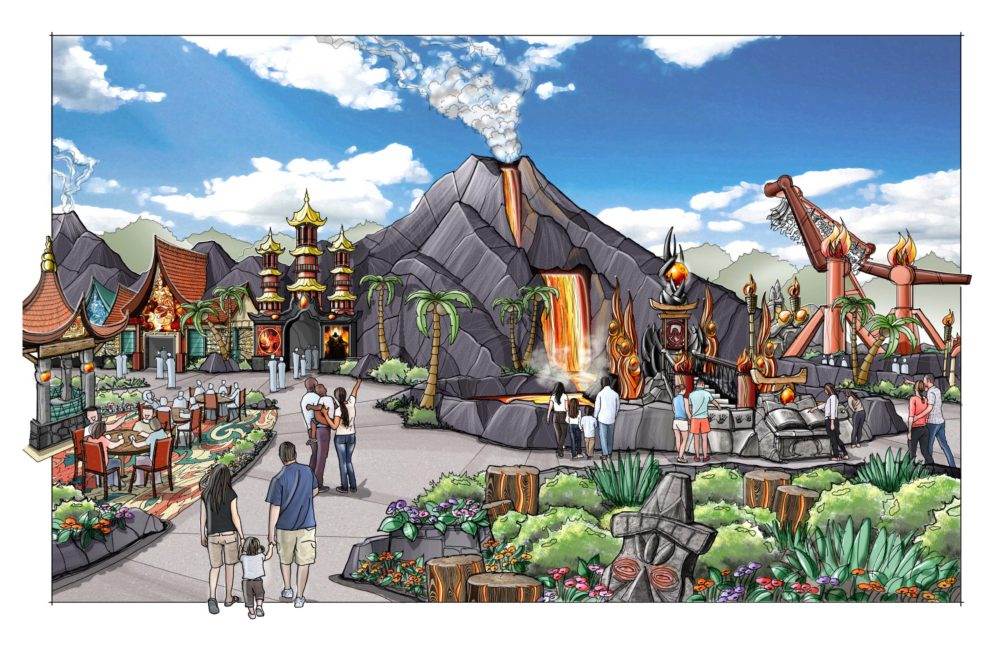 According to Coaster101, “the experience will take riders on a thrill-packed adventure to locate the sacred Ora-Tika statue, responsible for keeping Volkanu dormant, and return it to the altar to restore peace to the island. Guests will be equipped with a powerful Thermal Blaster as they battle with the minions of Volkanu and head to the Temple of Fire to return the statue to its altar.” For more information, check out this video below from Coaster Studios:

The two other main attractions coming to the park are relocated coasters from other parks around the globe. One will be a suspended looping coaster (SLC) from Vekoma, while the other is an Intamin Blitz coaster. SLC’s are commonly considered some of the worst coasters in the coaster community, due to the immense roughness and bulky over-the-shoulder restraints. However the park is taking the effort to refurbish the track in addition to new trains, that will hopefully make it a better experience. Intamin Blitz coasters are more popular, so this one will definitely be a highlight attraction in the park. Other attractions coming to Lost Island include a ferris wheel, a drop tower, and various other flat rides for kids and thrill seekers alike. The park has also been highlighting the theming on their official website, including some brief glimpses at various rides, as well as characters created specifically for the park. Those characters will be featured in the five themed realms of the park, which will be based around different spirits, such as water, air, earth, fire and spirit itself.

If the theming ends up looking as good in person as it does in concept art, I think Lost Island could end up being a new gem of a theme park in an area that doesn’t really have many other parks. The closest competition to Lost Island would be Adventureland, also in Iowa, but located about 2 hours away in Altoona. Adventureland has been around a lot longer, since 1974, but has just recently started expanding with three brand new coasters over the last 5 years. With close competition coming from Lost Island, I can only imagine both parks growing and expanding at a rapid rate over the next few years.

I for one can’t wait to book a trip out to Iowa to experience Lost Island Theme Park when it opens in summer 2022!