Conservation is at the heart of National Geographic’s mission and in this week’s episode of Overheard at National Geographic, editor at large Peter Gwin shines a spotlight on it. This week’s special guest is Kenyan conservationist Paula Kahumbu, who is working hard to inspire Kenyans to want to not only learn about the animals that make their country so special, but also inspire them to protect them. Here is a recap of “Kenya’s Wildlife Warriors.” This episode also ties into the December 2021 issue of National Geographic magazine, which is all about the Serengeti. 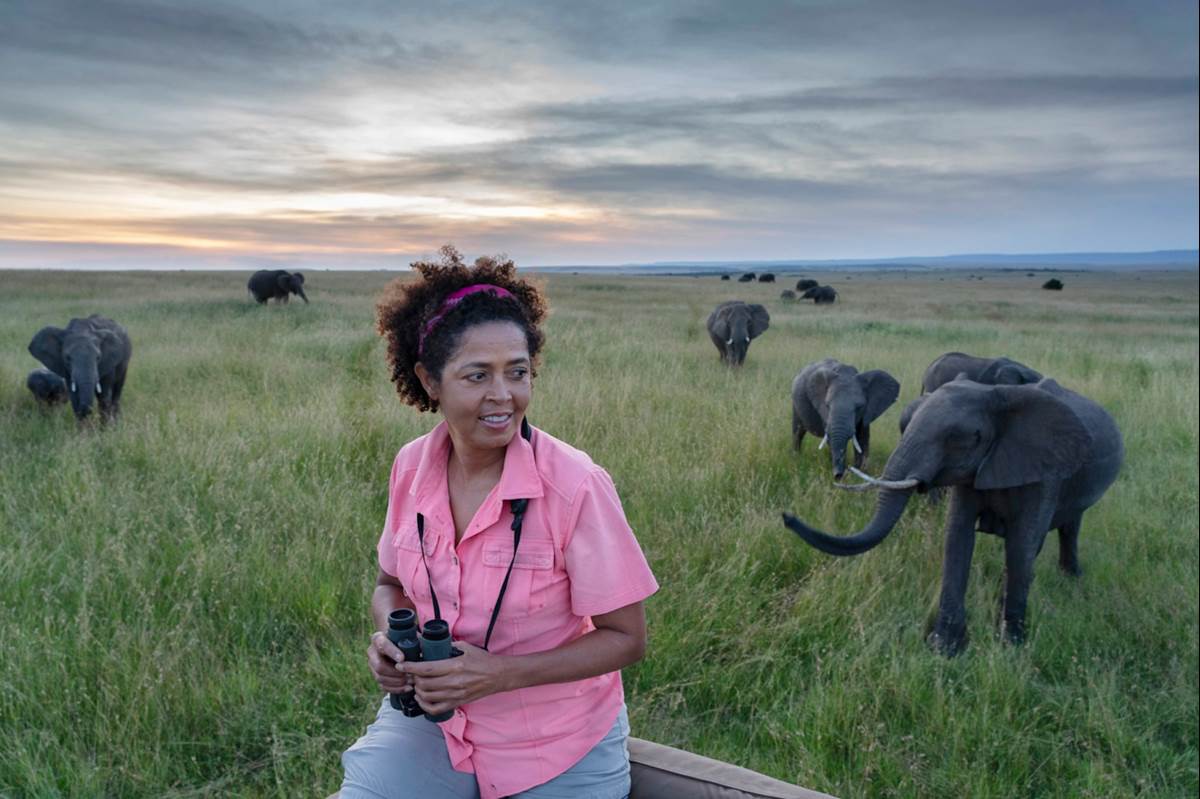 Paula Kahumbu grew up near Richard Leakey, who was the head of the National Museums of Kenya who focused on conservation. As a child, Paula learned about animals from her neighbor and when she grew up, she begged him to help her get on a path to becoming a park ranger. That led to an internship at a research facility and Pauala went farther than she even dreamed, earning a Ph.D. at Princeton. Paula is now the CEO of WildlifeDirect, a nonprofit cofounded by Richard Leakey.

One of Paula’s most impactful projects is called Hands Off Our Elephants, with the Kenyan government donating millions to fight poaching and train more than 500 new rangers, decreasing elephant poaching by 80%. But one of Paula’s biggest challenges has been convincing other Kenyans that they should care about these animals, with a national mentality that they exist solely for foreign tourists to enjoy. There’s even a disconnect between nature documentaries filmed in Kenya and a lack of visibility for the Kenyans who protect them. That’s where she got the idea for a local TV show that could help educate Kenyans about the issues dear to her heart.

With a limited budget, Paula settled on an interview series where an actress would ask Kenyan conservationists questions. It proved to be an instant hit and the network wanted more, but the host couldn’t commit to more episodes and Paula found herself in a lurch. With nobody stepping up to take the job, she became a TV star as the host of Wildlife Warriors with a new format. The new series focuses on all of Kenya’s animals, including poisonous snakes that most residents fear. The series has not only educated Kenyans about how to respond to a venomous snake bite, but also about animals they didn’t even know where there, like humpback whales on the coast. Wildlife Warriors has reached 27 million viewers, about half of Kenya’s population.

Poaching is still a concern for wildlife, but so is climate change and habitat loss. Paula’s hope is that her hard work pays off, that locals won’t leave conservation solely to tourists, but will take a stand against projects that could hurt the environment or important habitats for such popular animals as elephants, lions, rhinos, and giraffes. She especially wants to drive the message home in parts of Kenya that aren’t tourist hotspots but still vital to the survival of these species.