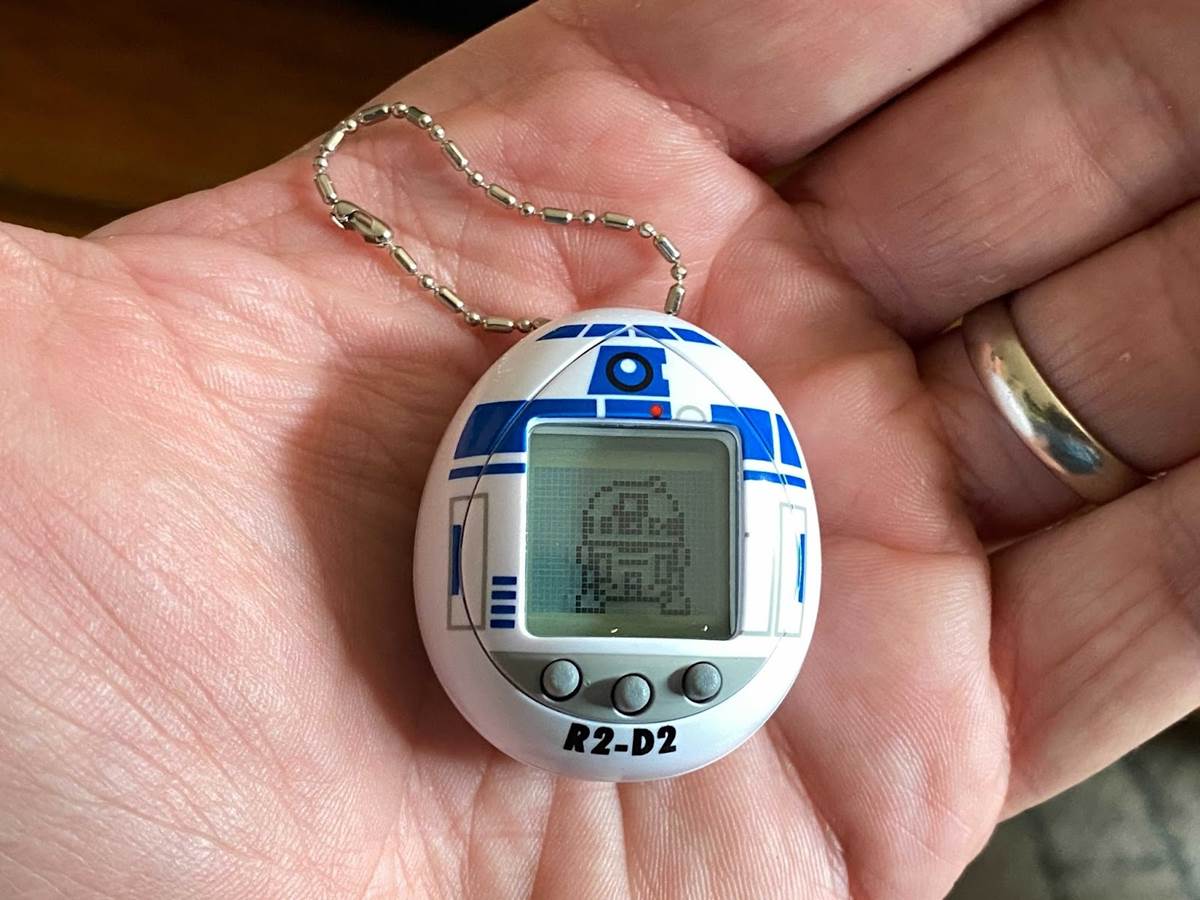 I was already a teenager by the time Tamagotchi became a thing in the mid-to-late 90s, so I confess to missing out on that particular craze the first time around. But about 25 years later the brand still seems to be going strong, and Bandai’s new Star Wars R2-D2 Tamagotchi is sure to be a hit among both younger fans of the franchise and those who are nostalgic for the heyday of the digital pet.

When Laughing Place bought me an R2-D2 Tamagotchi to review this week, I admit that I wasn’t quite sure what to make of it at first. And even after opening it up and spending a couple hours messing around with it (plus watching some more experienced Tamagotchi users play with it on YouTube, just to make sure I was doing it right) I’m still a little confused about what exactly I’m supposed to get out of it. 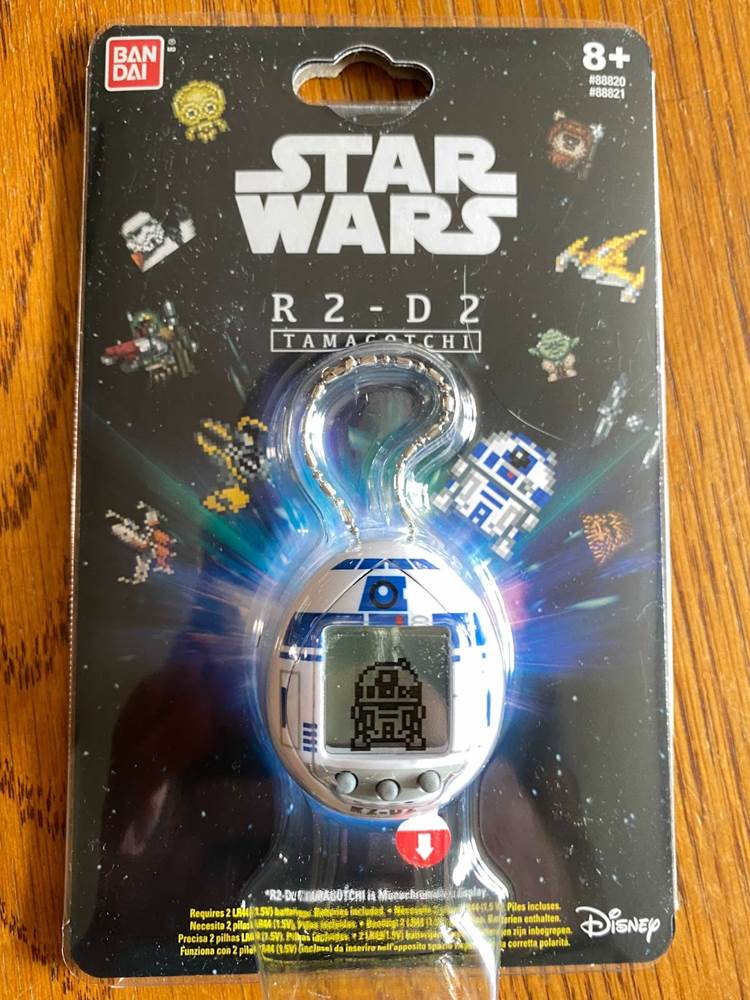 My extremely basic understanding of this handheld electronic toy (that can also act as a keychain or backpack accessory) is that R2-D2 has become a digital pet that needs regular attention. Instead of “feeding” it as you would a standard Tamagotchi, you “recharge” it when the loyal droid runs out of batteries, and instead of “petting” it you wipe it down like Luke would in the Lars Homestead on Tatooine. If you neglect Artoo for too long, instead of “dying” he gets taken away by a band of scavenging Jawas. With enough love and care, the droid depicted on the LCD screen will eventually evolve into either a Star Wars starship (like an X-wing or a Naboo starfighter) or a souped-up version of R2-D2 who can fly or project holograms.

The R2-D2 Tamagotchi can also play games like “Fire-Fighting” and “Holographic Chess” (AKA Dejarik) that mostly amount to tapping the buttons multiple times in order to receive a reward. Special visitors like Yoda, Boba Fett, C-3PO, and Wicket the Ewok can pop up on the screen, and more bonus features can be unlocked by succeeding in taking care of Artoo over time. As a concept, Tamagotchi feels sort of beyond me, as even when I know that I’m doing the right thing I don’t really get a tremendous amount of satisfaction out of it. But I know this genre of handheld entertainment has had its fans for a quarter of a century now, so if digital pets and Star Wars are both things you enjoy, I’m sure you’ll get a kick out of this. And at only $20 a pop, it’s a fairly inexpensive, attractive-looking stocking stuffer that will likely put a smile on the face of the above-mentioned demographics come Christmas morning. But anybody outside of those age ranges (like myself) is probably going to be pretty confused. 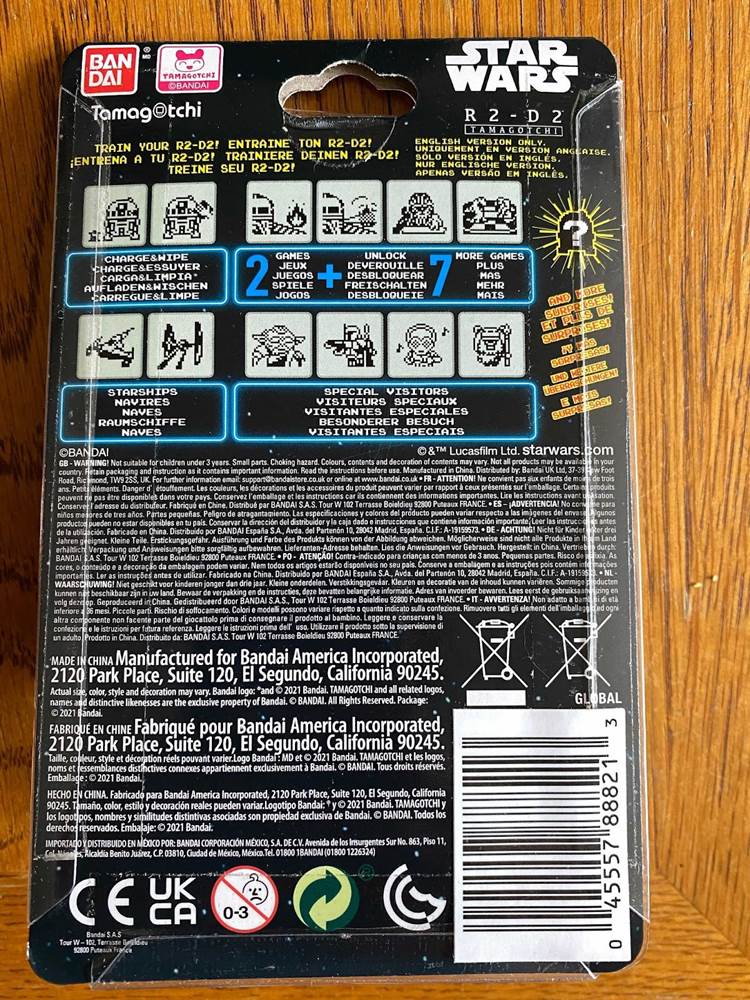