Beyond the Berm: The Landmark Variety of The Anaheim Packing House

Last time, we took a stroll down the Center Street Promenade, looking at some of their shops and eateries during the Anaheim Farmers Market. Today, we’re gonna call up a FRAN and have them take us a few blocks (for free!) further into the Anaheim Packing District as we head towards the landmark Anaheim Packing House. The Anaheim Packing District consists of the Center Street Promenade, Farmers Park, the Packard Building, the MAKE Building (later in the series), and the focus of our travels today, the historic Anaheim Packing House. 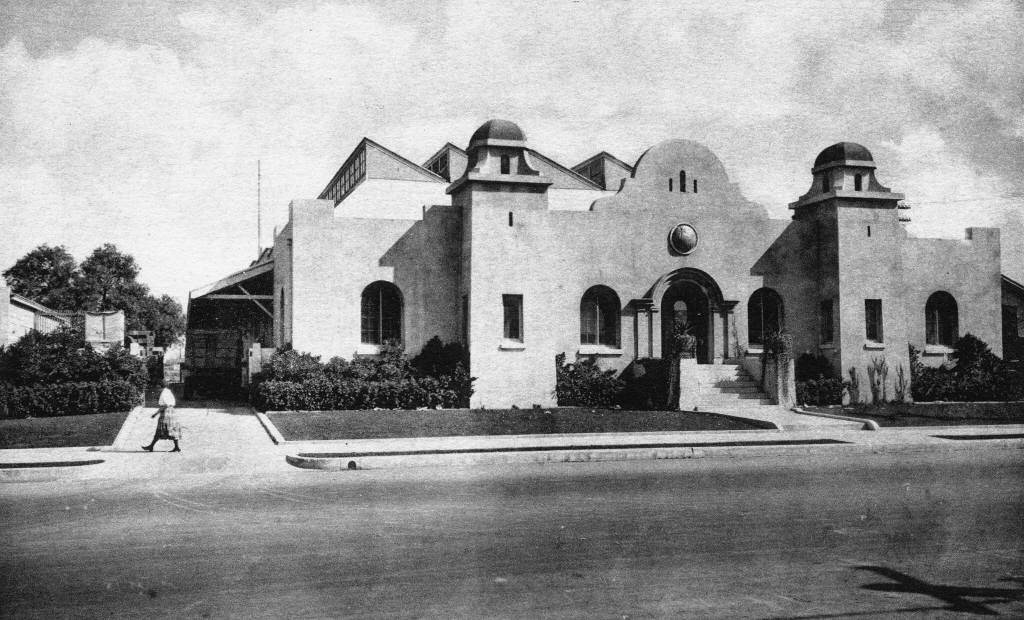 Originally built as a Sunkist Citrus packing house back in 1919, the facility was once used to wash, grade, and pack citrus before it was sent around the country. Keen observers may even notice the railroad tracks in the center of adjacent Santa Ana Street and some convenient patio seating that overlooks (or rests upon) them. Once upon a time, trains would pull directly up to the building where the citrus was then taken away to its final destination. 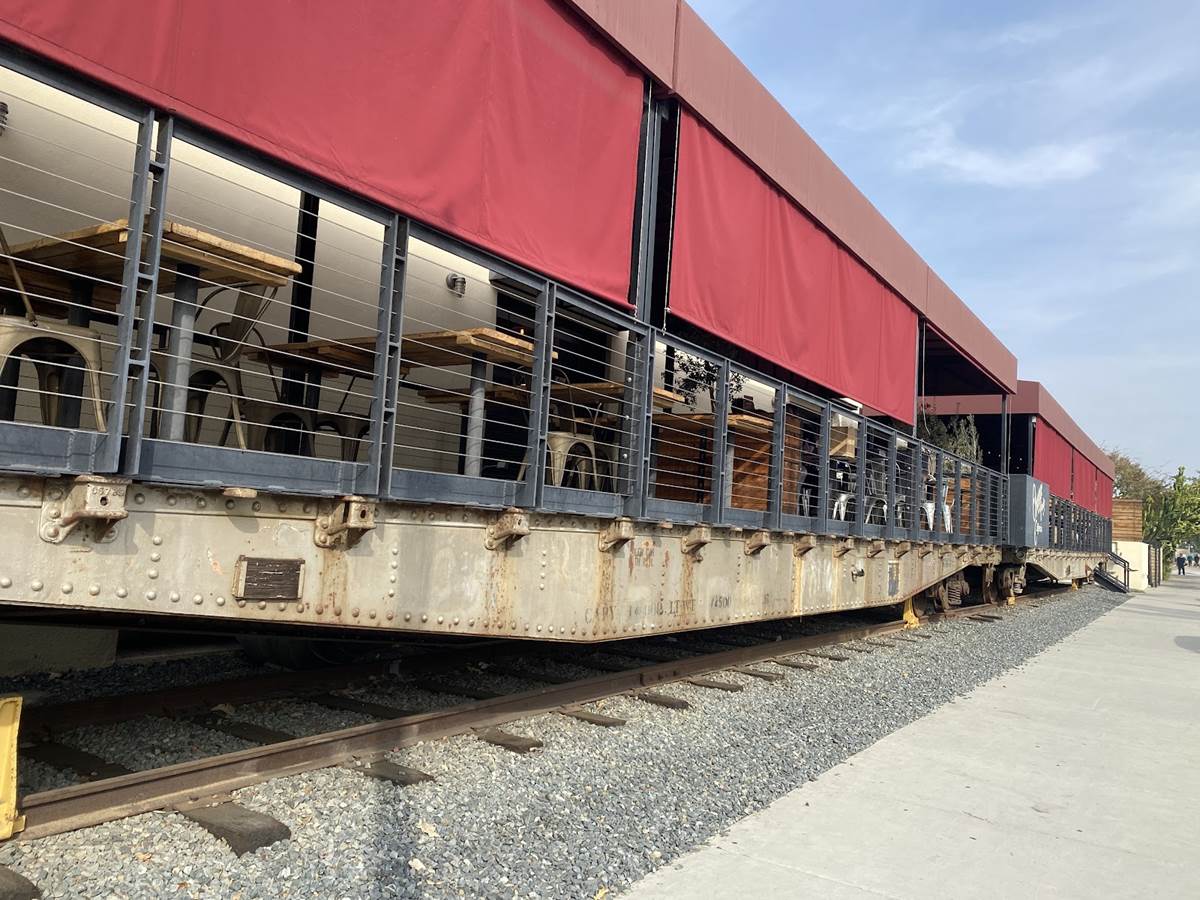 In 2011, it was revealed that the landmark was going to be the hub of a revitalization project of the downtown core, turning the historical site into a dining center, or “food hall,” that features only unique food vendors, bistros, breweries, and cafes. There was one main rule: No major national brands. The Packing House reopened in May of 2014 with its new identity, and was added to the National Register of Historic Places as the Anaheim Orange and Lemon Association Packing House in 2015. Today, you’ll find over two dozen independent eateries, bars, coffee bistros, and shops to completely overwhelm yourself with selection. If this place were down the street from my office, each one of them would likely know my name, and I’d have something new every day for lunch weeks (if not months) without repeating myself.  I might even stop into this tiny theater and sit and enjoy more of the history of the place in the SEED Welcome Center. The art throughout the building even pays homage to the past replicating old citrus labels. Once inside, visitors will find, for lack of a better phrase, an arena of options.  To the left you have coffee or boba tea, while to the right you have craft beer or Thai. There is ample seating throughout, even with counter seating available to look down into the building where there are even more options, and seating….and did that wall down there just open up? Nevermind, I must be seeing things. You’ll also notice an abundance of phones and cameras out, and while we have no official statement confirming this, every food item here seems to be designed with Instagram in mind. Take for example, the “Anti-Gravity” Noodles at 206 BCE. This location serves up a menu where Vietnamese meets Creole, and the Anti-Gravity Noodles seem to be their social media star. Egg noodles cooked with butter garlic sauce and topped with a protein of your choosing, a vegetable in the middle creates the stalk and base for the illusion. Yeah they can be ordered to-go too, but those ones will be deconstructed, read: not as fun. Either way, noodles are the name of the game here, and a quick google of the name of the restaurant will take you to the Han Dynasty, in 206 BCE, which may seem like a stretch until you remember that that was the time when noodles were first introduced to the world.

Over at Mini-Monster, a delicious hot cocoa can be ordered, just beware of the snowman taking a hot cocoa bath. And though we are outside of the berm that is Disneyland, theme park fans may recognize the name of this location. There are three Mini Monster locations, all of which are in Southern California and one can be found in Universal Citywalk in Hollywood. Speaking from experience, it probably isn’t as charming as the Anaheim Packing House location. Mini Monster is focused on creating innovative experiences through their drinks: coffees, milk teas, matchas, and bobas. Pictured above is the Marshmallow Himalayan Hot Chocolate, just one of many examples of their signature drinks. They also offer handmade macarons, and even macaron ice cream sandwiches.

Another great place for a dessert item though is found at The Pie Hole, one of the newest additions to the Anaheim Packing House. I’ll bet you can figure out what tasty treat is served up there. As a fan of repurposed breakfast options, I was a big fan of the “Cereal Killer,” a pie that has a cereal crust, and a filling made with a cream cheese base packed with Fruity Pebbles and then topped with Froot Loops. They also have more traditional items as well, like an Apple Crumble Pie, Pumpkin, Pecan, Blueberry, Cherry, etc. all with their own unique twists. 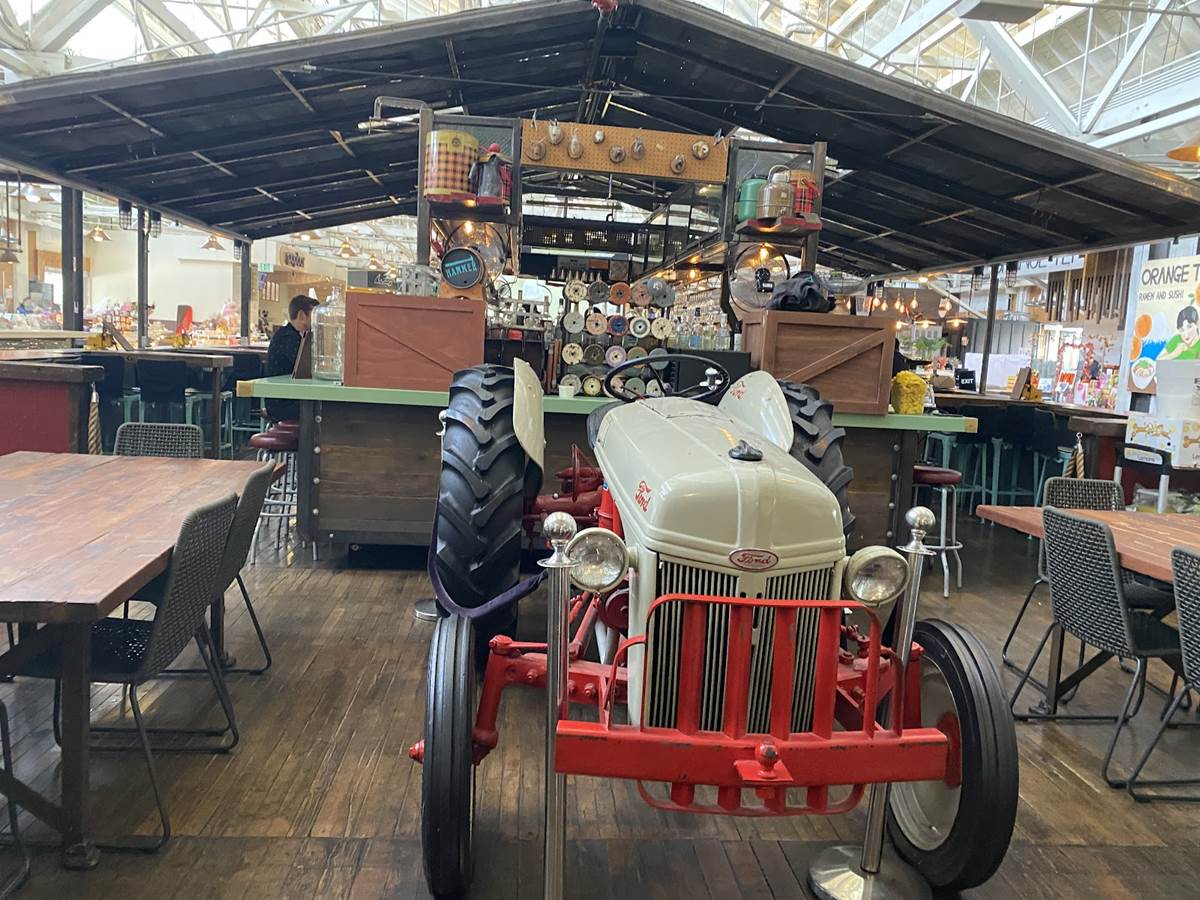 I will say, I would love to go back to the Anaheim Packing House to not only try more of the many, many options provided by the local vendors within, but to also absorb more of the history of the place and the impact it had on the city. The building, while transformed into the modern and hip food hall, still reeks of a past that urges you to learn more and discover all of its secrets. 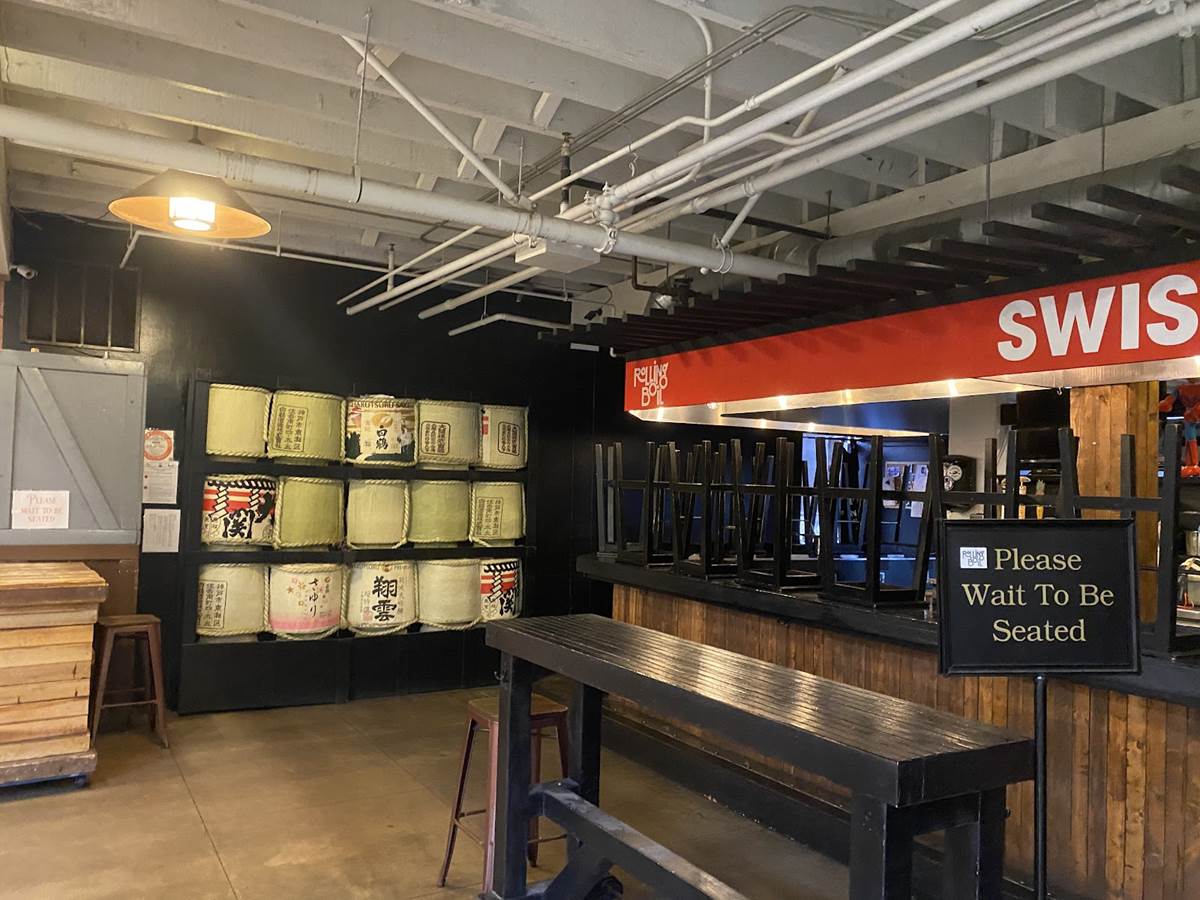 Speaking of secrets, I haven’t mentioned the one hiding in plain sight in this landmark building. Dare I reveal it or should I keep what may very well be my favorite non-Disney place in Anaheim to myself? I guess you’ll have to stay tuned to find out.