The Marvel Universe is loaded with beloved, iconic characters, but the things that put so many of them over the top are their equally iconic weapons. On the Zzzax of Life Podcast, we decided to find out just which of these weapons are the “coolest” when Kyle and I were joined by Chris for a very combative draft. 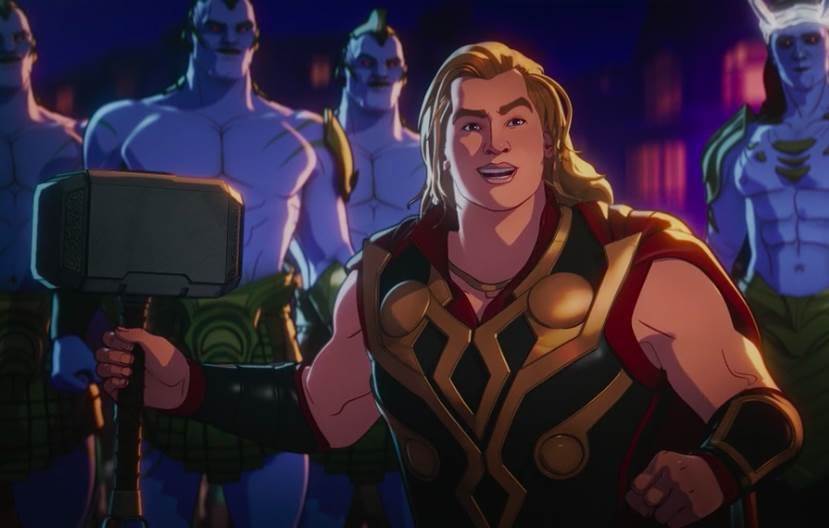 For this draft, we kept things simple – everyone picks four Marvel weapons. The term we used to title the draft was “coolest,” which can obviously be very subjective. It doesn’t necessarily mean we were picking the most powerful weapons, though that could certainly be a factor. We didn’t necessarily need to pick the most iconic, practical or stylish weapons either. It was really all very subjective, which made for some interesting picks.

Kyle asked a very important question to kick off this draft: “If I pick the Infinity Gauntlet, do I get all of the stones with it?” Once the answer was yes, the first pick was a no-brainer. Interestingly, Kyle changed gears with his second pick and decided to go with a weapon that is widely unrecognizable on paper but definitely looks really cool, in Cull Obsidian’s Chain Hammer. The Staff of One is another that isn’t all that familiar to most Marvel fans, except those who watched Hulu’s Runaways. Still, it’s a solid choice based on the look and the power. He closed out his draft with a bit of a steal by grabbing EDITH, the Stark tech glasses worn by Peter Parker in Spider-Man: Far From Home. There are definitely some heavy hitters in Kyle’s lineup, but are they the coolest?

Ever the Marvel purist, I decided to fill my draft with the classics. With the inspiration for this draft being a Thor-focused episode of Marvel’s What If…?, Mjolnir seemed like an obvious first choice. Coming back with Cap’s shield in the second round felt like it should have been illegal. I mean, that’s one of the first things that comes to the minds of Marvel fans when they think of weapons, right? The Darkhold was a powerplay, and a bit of a controversial pick given that it’s actually just a book. I will contest though that a book os spells is just another weapon in the hands of the right person (or witch). And in what might have been the steal of the draft, I grabbed Spider-Man’s web slingers in the last round. If there’s one Marvel weapon we all really wish we had, that’s it. Be honest. You know you wish you could swing around New York and do… Spider-Man stuff.

Chris decided to open up his draft in a big way, trying to one-up my Mjolnir pick by going with Stormbreaker. Did it work? Who knows? But it is without a doubt a really cool weapon. Thinking outside the box, he then grabbed the Pym Particle disks, working around the one caveat that we couldn’t simply draft a super-powered suit (like that of Iron Man). This way, he still gets the Pym shrinking tech without breaking the rules. Smart, Chris. Smart. Claiming to be good at whistling, Chris then went with Yondu’s arrow from Guardians of the Galaxy, also known as a Yaka Arrow. And to close things out, Chris made my comic book-loving heart happy by taking the All-Black, the necrosword forged and used by Knull, the God of the Symbiotes. It’s certainly a lesser known pick but even if he doesn’t win, Chris could sleep soundly knowing he picked a really cool weapon.

In the end, the collection of classics was just too much to overcome and I got the win here, taking 57% of the vote. Kyle managed to double up Chris for second, likely riding the Infinity Gauntlet to 28%. If there’s a lesson to be learned here, it’s probably that you should never underestimate the power of Mjolnir and Cap’s shield.