How Much Will “Spider-Man: No Way Home” Take From the “One More Day” Comic Arc?

We are just a few days away from the highly anticipated theatrical debut of Spider-Man: No Way Home and we can barely contain our excitement. The multiverse is about to be unleashed on the Marvel Cinematic Universe and we’ll see how it impacts the life of Peter Parker.

There’s another story going on here and it might just look familiar to comic book fans. After the events of Spider-Man: Far From Home, Peter Parker is dealing with the fact that his secret identity has been revealed to the world. That exact situation had some ramifications in the comics, which led to Peter trying to undo the situation in a story arc titled “One More Day.” During the “Civil War” story arc, Tony Stark convinced Peter to reveal his secret identity to the public, as a show of confidence in the Superhuman Registration Act. After Spider-Man turned on Tony and fought for team Captain America instead, he was left without the protection of Iron Man and the government.

Of course, Spider-Man has amassed some enemies over the years and many of them want nothing more than to ruin his life. With his identity being known, Peter’s family suddenly became a target and Aunt May found herself in the crosshairs. Unable to save his Aunt, Peter watched the consequences of his actions lead to the death of the woman who raised him. 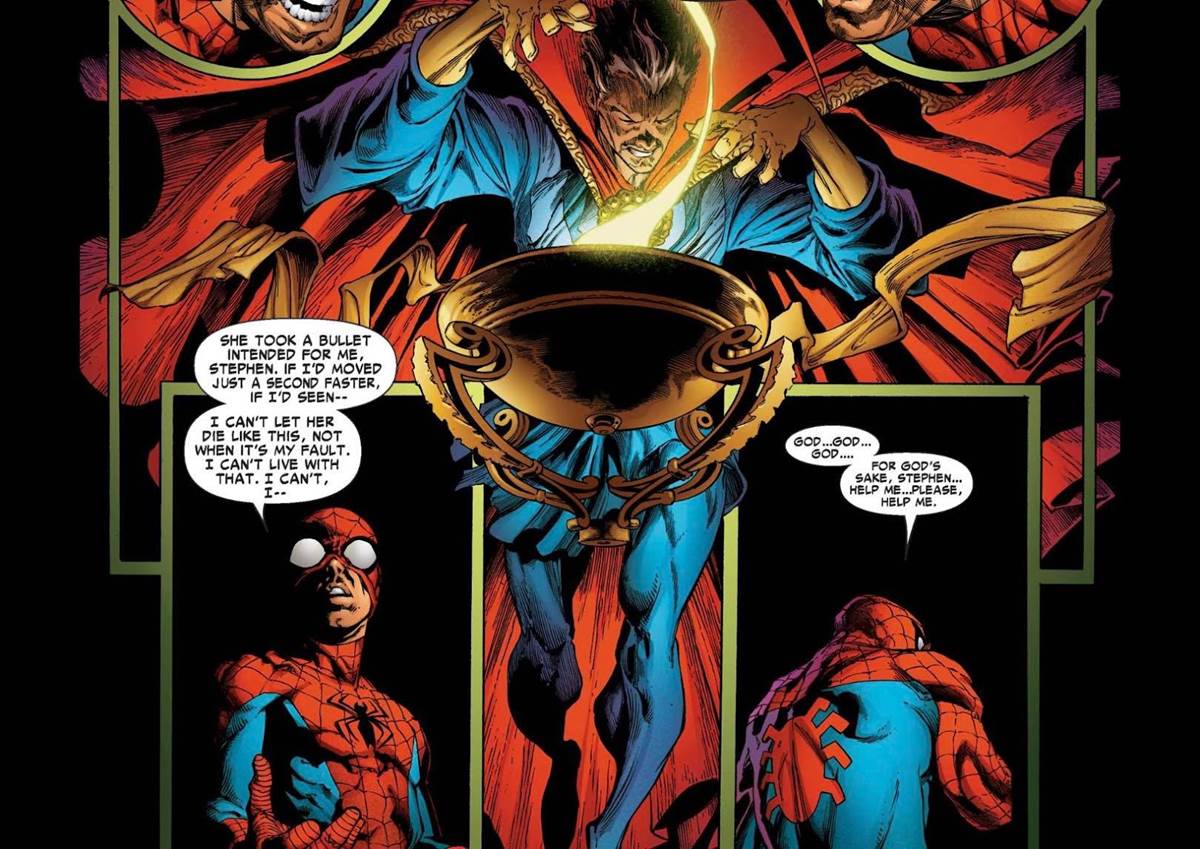 Desperate to undo what occurred, Peter turned to Doctor Strange but didn’t get the results he had hoped for, much like we’ve seen in the trailers for the upcoming film. Strange lets Peter know there is nothing he can do to save his Aunt and instead encourages him to be by her side at her death. Seeing an opportunity, a far more sinister character approached Peter with a potential solution… 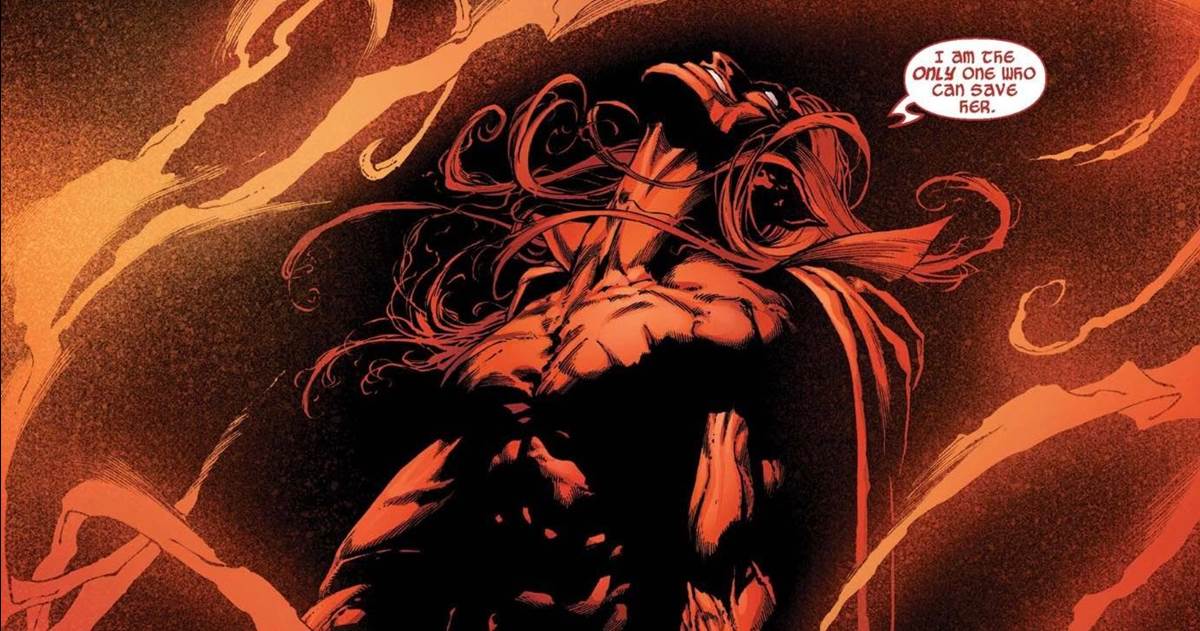 Mephisto let Peter know that he had the power to turn back time and undo the reveal of his secret identity, thus saving Aunt May’s life. But of course, his offer would come with a price. Peter and Mary Jane Watson were married at this point in the story, and in order to enlist Mephisto’s help, they would also have to allow him to erase their relationship. In other words, in order to save his Aunt, Peter had to give up the woman he loves.

Peter and Mary Jane eventually agree to accept Mephisto’s offer, undoing months of the Spider-Man story, including the death of Aunt May. Peter wakes up alone, once again living with his aunt and starts off his next chapter, an arc titled “Brand New Day.”

Clearly there are a lot of similarities between this arc and what’s currently going on in the MCU. A more proactive Peter is trying to undo things before tragedy strikes, so we’re not dealing with the death of Aunt May here, but the concept of making people forget his identity is still there.

Spider-Man: No Way Home obviously has most of its focus on the introduction of the multiverse and bringing back several beloved characters from past movies, but it’s possible we see even more in this film. Just like in the comics, Peter isn’t getting the help he wants from Doctor Strange (at least not in what we’ve seen from the trailers). Could someone else step up to help Peter?

I know, we’ve hoped to see Mephisto before, and I’ve already included him in my list of 10 things I hope to see in this movie. Still, his appearance makes a lot of sense here. This is clearly the MCU’s version of the “One More Day” story. A trailer even shows Peter voicing his concerns about MJ forgetting his identity. Marvel Studios has heavily adjusted comic arcs before, but the door is at least open for them to go the Mephisto route. 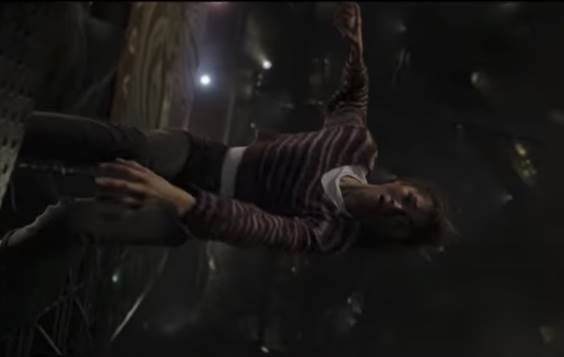 Perhaps it will take a little bit of a push for Peter to go as far as to trust the devil himself though. Really, regardless of the presence of Mephisto, it seems possible Marvel simply takes another part of the “One More Day” story to the big screen – the death of someone close to Peter. The first trailer for the film shows MJ falling (as seen above) while Peter dives to try and save her. We also get a quick glimpse of Aunt May seemingly running away from danger. It’s possible there are some dark days ahead for Peter Parker, one way or another.

You can see what happens when Spider-Man: No Way Home swings into theaters on December 17.