Kingsman: The Secret Service was wildly entertaining, fusing together classy British lifestyle with outlandish action. It was the type of combination that probably looked unfathomable on paper, but was a winning formula. Director and series creator Matthew Vaughn is back for his third installment in the franchise, this time a prequel called The King’s Man. Coming to theaters on December 22nd from 20th Century Studios, Vaughn aims to breathe new life into the franchise after a disappointing sequel. 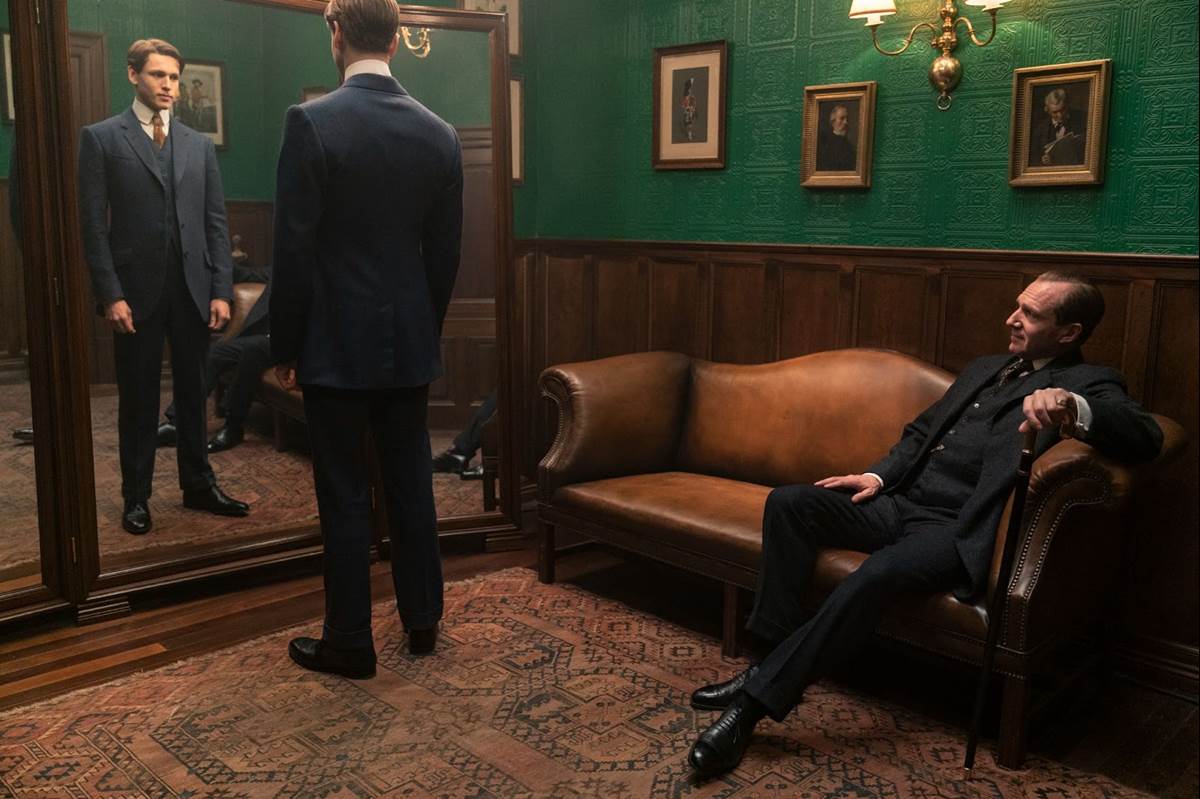 Set during World War I, The King’s Man follows the adventures of Orlando Oxford (Ralph Fiennes), the Duke of

Oxford, who is overprotective of his son Conrad (Harris Dickinson). Having already lost his wife, Orlando is determined to keep his son safe by forbidding him to enlist in the army. But Conrad’s determination and fighting spirit eventually wears his dad down, who reveals to his son a secret organization he founded.

Marketed as the origins of the first independent intelligence agency, as a fan of the first film, one of the many disappointments with The King’s Man is that you don’t really see the service form. That all happens off-camera between a prologue with Conrad as a child and when he becomes a young man. Narratively, the film also loses its focus on who the main character is, not making up its mind until the third act.

The hallmark of the series has always been its wild action sequences, which stand out as the highlight of an otherwise disappointing film. The film also introduces a litany of historical bad guys and a mysterious mastermind uniting them, but never lets any of them develop beyond one encounter with the titular king’s man. Marketing has focused most on Rasputin, played by Rhys Ifans, who is menacing yet eccentric with the part. As one of the more exciting fight sequences in the film, it’s also weakened by outdated sexuality jokes (Rasputin is bisexual, which causes discomfort for both Orlando and Conrad throughout the sequence).

All other faults aside, what ultimately ruins The King’s Man is the fact that it takes itself too seriously. With a narrative that bounces around too much and a plot that plays fast and loose with historical figures, by the time it asks you to care about the characters, you’re already disconnected from them. The third act also falls apart miserably, with an anticlimactic bad-guy reveal after a laboriously unentertaining quest to get to him.

Time would be better spent rewatching Kingsman: The Secret Service, a promising start to a middling franchise. If the goal of The King’s Man was to breathe new life into the series, it’s had the opposite effect, bleeding it dry. A mid-credit tag suggests another adventure is in the works, but if the downward trend in quality is any indication of what’s to come, 20th Century Studios would be wise to terminate all future missions.

The King’s Man debuts exclusively in theaters on December 22nd.