Beyond the Berm: The Heroic Flavors of Unsung Brewery

While we may have already left the Anaheim Packing House (and the secrets that lie within), we are not quite ready to leave the Anaheim Packing District. Right next door to the historical former citrus facility and across the railroad tracks you’ll find the MAKE Building. The MAKE Building is actually one of the newest additions to the Anaheim Packing District, and is home to new favorite dining and drinking spots. The building, built in 1917, once housed a marmalade factory, but is now currently home to several independent eateries and a unique brewery ready to satisfy the adult geek in all of us. Unsung Brewing Company is an independent brewery based out of Orange County. Though their main secret lair is in Tustin, they have opened up a tasting room and brewhouse right in the middle of Anaheim in the MAKE Building. Here, they serve up small batch R&D Beers, as well as their core beers and brews. 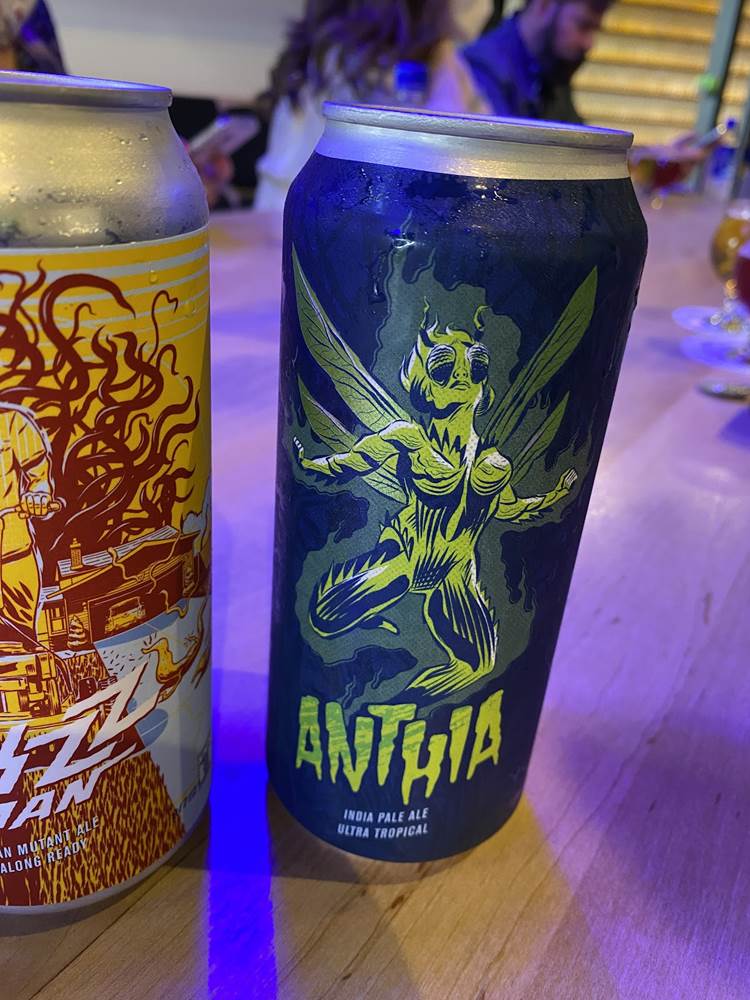 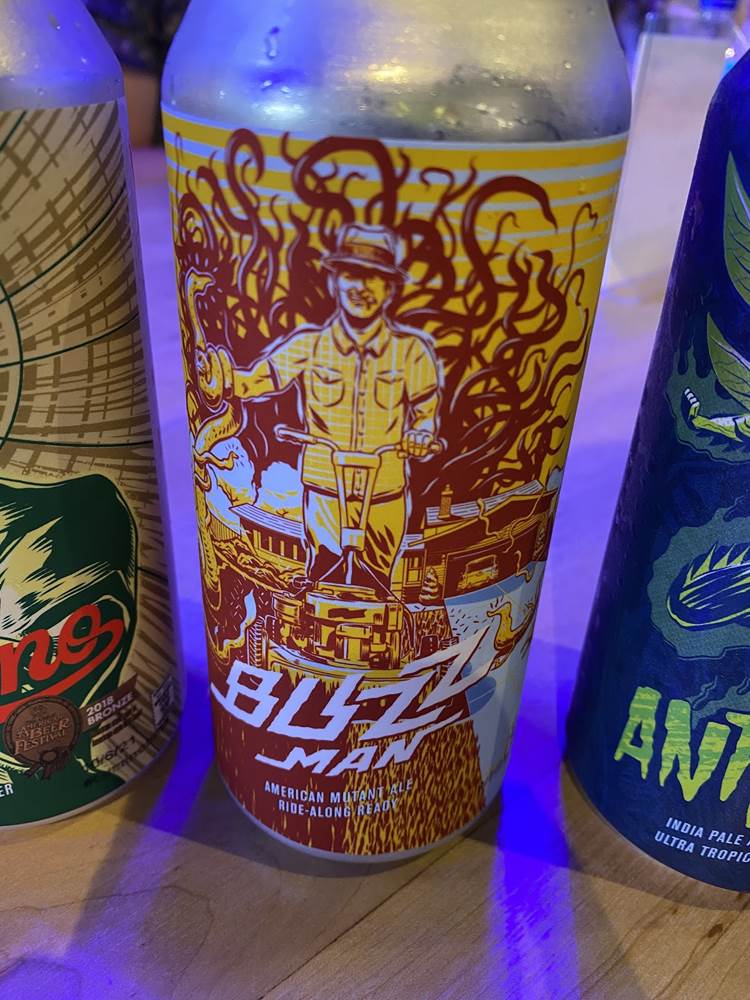 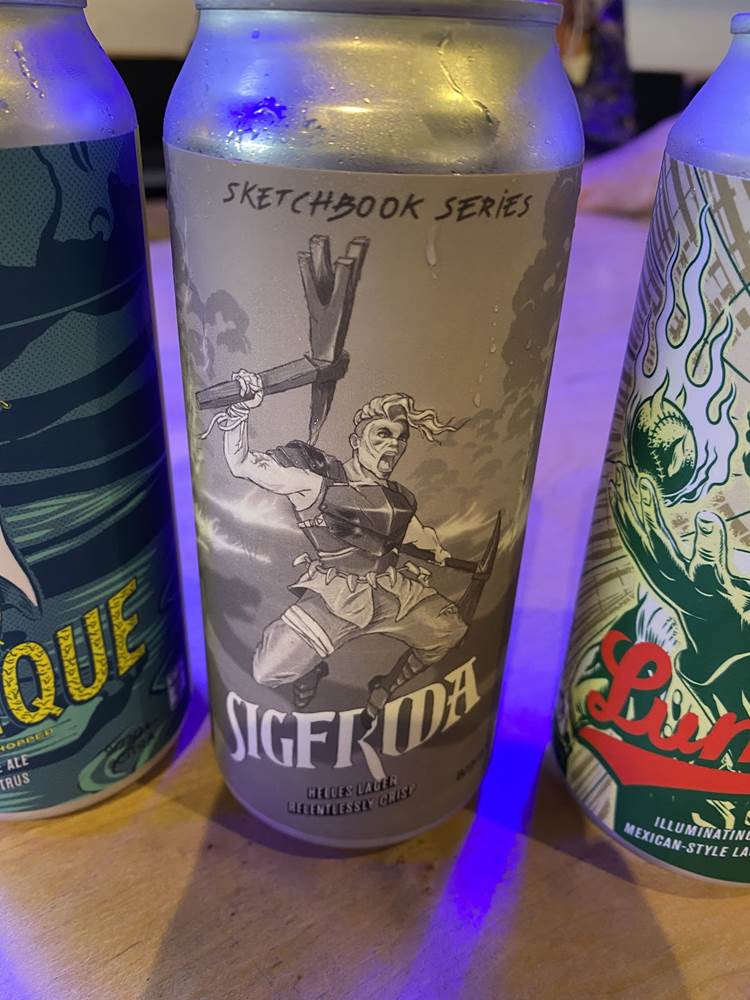 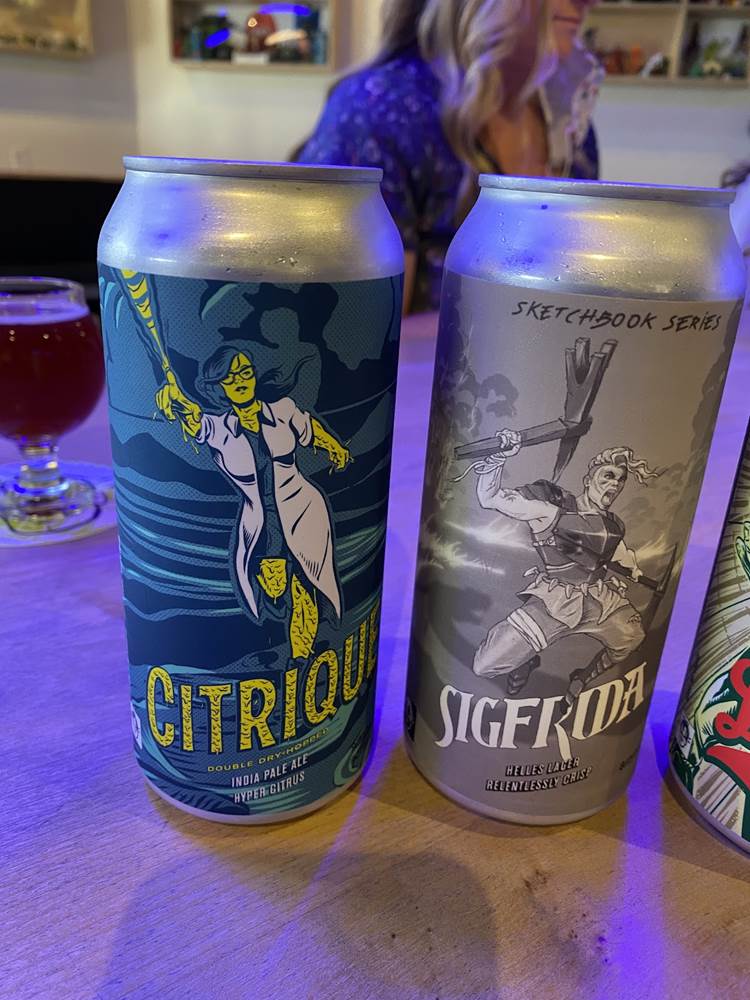 Each brew is created and given some kind of origin story which can be found on their respective cans, with original art also accompanying each flavor. Some of the brews are heroes, and some are villains. Take for example, “Lumino.” As told on the side of his can, “As a young pitcher, Valentino Fernandez was an unstoppable force. But alas, injuries happen, life goes on and childhood dreams fade. Years later, Valentino witnessed a careless driver barreling down an oblivious pedestrian. Without a conscious thought, Fernandez began his windup, a flaming baseball appearing in his palm. The pitch exploded in a brilliant blaze, striking the errant steering wheel, averting disaster. LUMINO was born that day, taking the mound once more, seeking to lend a fastball to those in need.” A story that is told to accompany the flavor profile, also provided: “A bright spot in the bullpen, LUMINO is a classic Mexican style lager for long summer days and double headers. Look to the clean finish of LUMINO when the heat is on.”

This level of storytelling and detail extend to each of the flavors created by Unsung Brewing, and the flavor quality matches that level too. 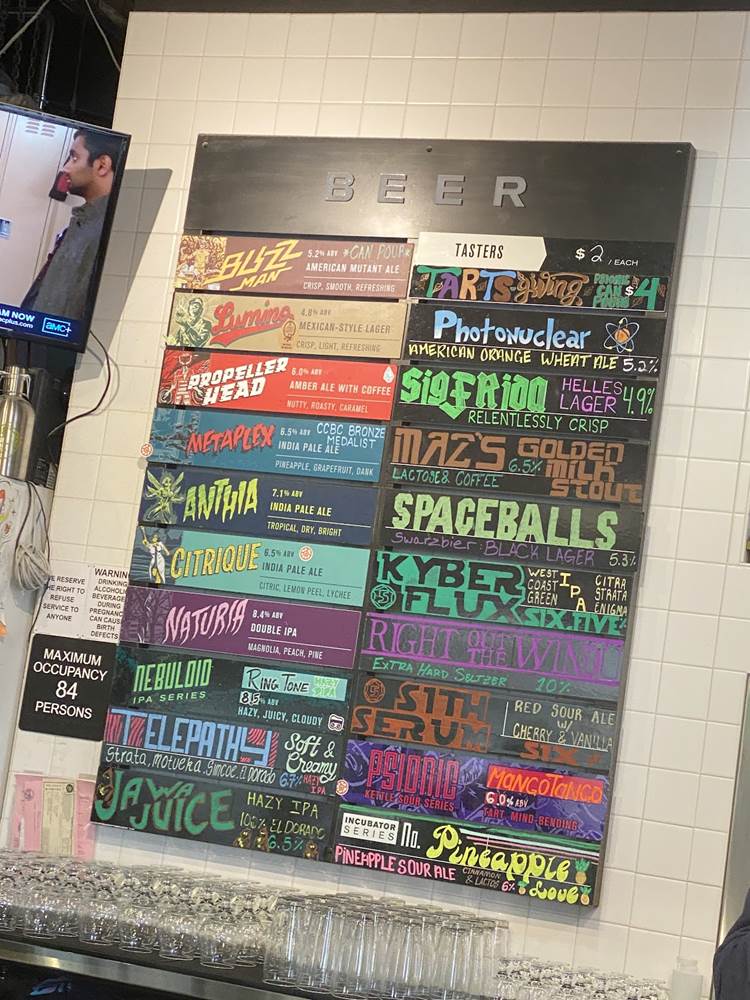 The decor around you in the tasting room is actually curated by fans and collectors who generously share their items and collectibles. While there are some Star Wars items surrounding you, the bulk of the items fall into the Marvel category, keeping up the superhero idea. Yeah there’s some DC around too, but when you look up and see the life sized Spider-Man swinging through the rafters, it’s hard to acknowledge anything else. 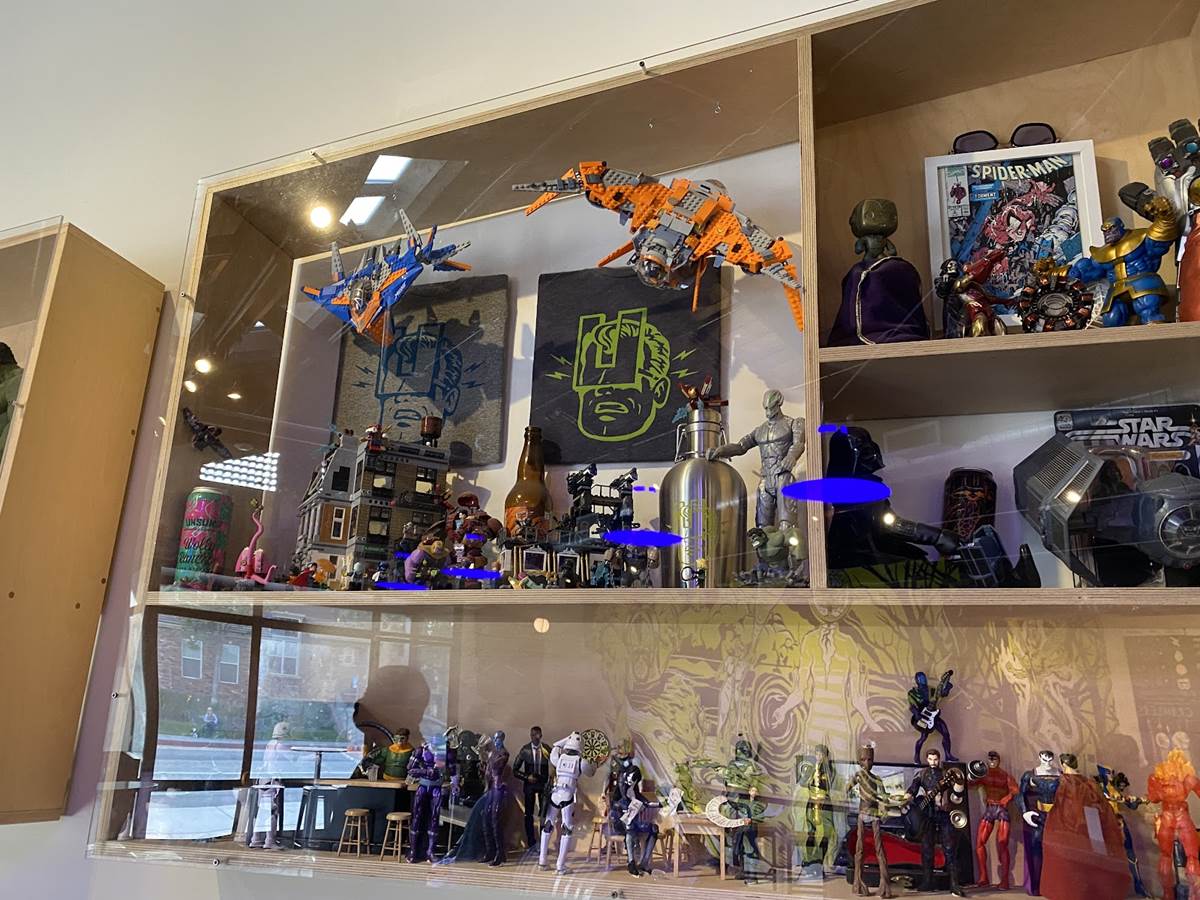 Fans of the Disneyland Resort may already be familiar with Unsung, as it is served at several locations throughout the resort, including the Sonoma Terrace at Disney California Adventure. 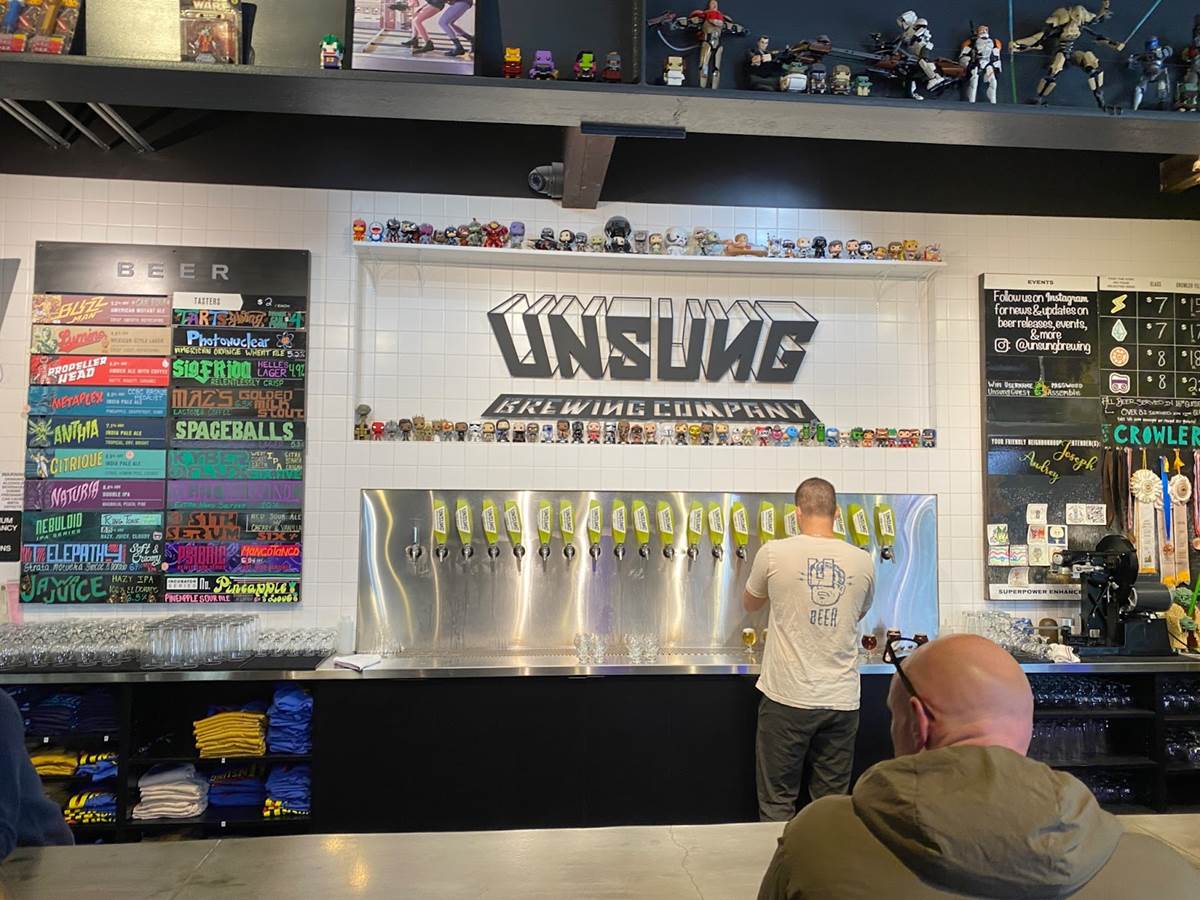 Founded by Mike Crea, the brewery team creates their flavors so that they play well with food, making uncanny flavors with depth. The team thinks about special and specific attributes that they want to see in a beer and then the recipe takes shape from there. 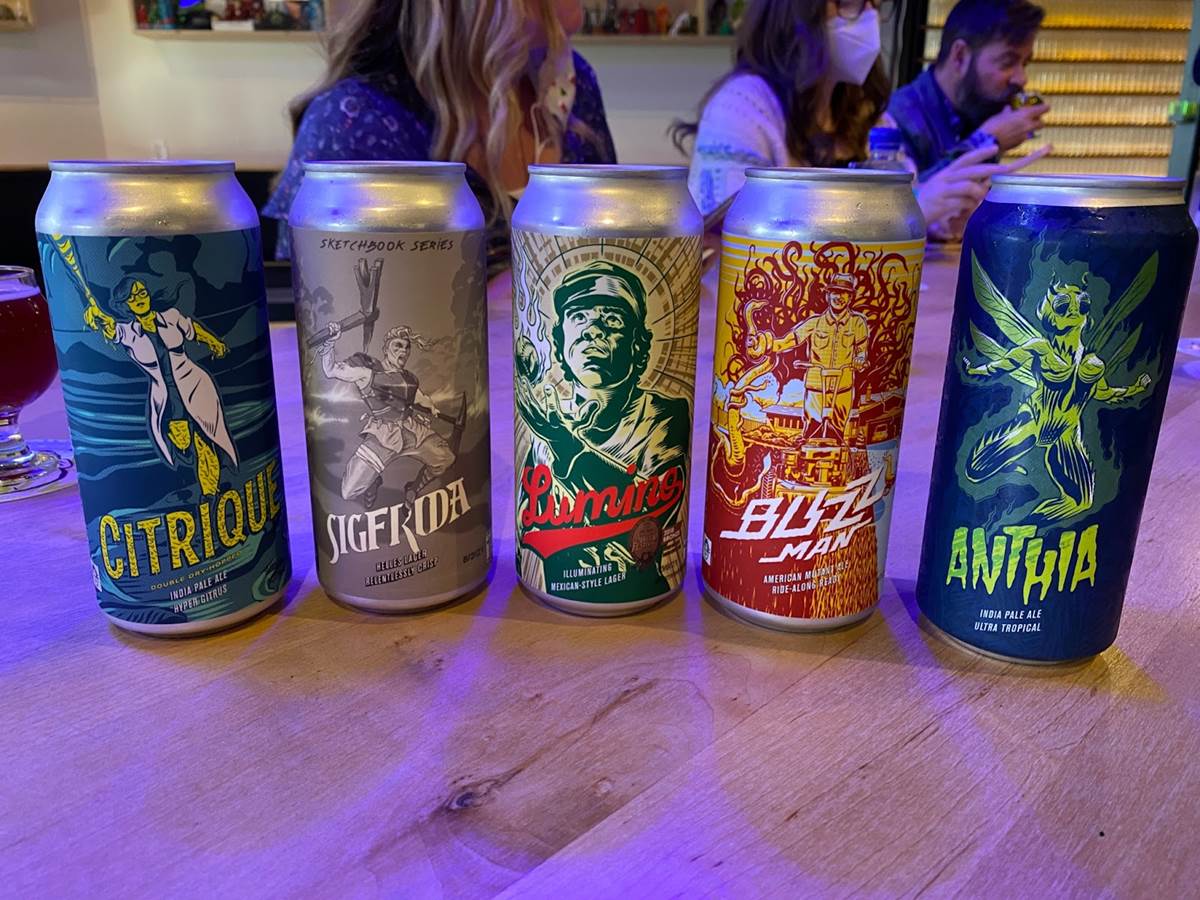 But now that we’ve had some refreshments, let’s jump back on the ATN and head back towards the Disneyland Resort, but we still aren’t going to the parks.