Marvel has been creating some of our favorite characters and stories for a very long time. Whether it’s in the pages of a comic or on the big screen, we are constantly entertained by this universe. But there’s another kind of Marvel experience that allows fans to step into that universe… in the middle of the ocean.

Marvel Day at Sea cruises from Disney Cruise Line put fans in the middle of the action while also allowing them to enjoy all the offerings of a Disney Cruise. 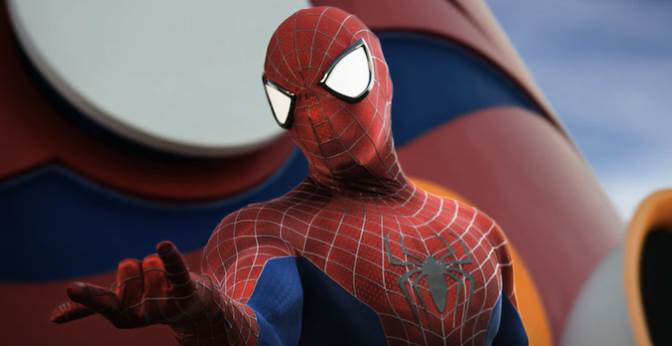 There is obviously a lot for guests to experience aboard a typical Disney Cruise, but a Marvel Day at Sea takes that to another level. Marvel fans can come face to face with some of their favorite characters, including Spider-Man, Iron Man, Captain America, Black Panther, Black Widow, Doctor Strange and more. You can also find some of your favorite Disney characters dressed in their Marvel best.

Of course, there’s also some special entertainment aboard a Marvel Day at Sea cruise. All of those aforementioned heroes and many more take the stage for “Marvel Heroes Unite.” And they won’t be alone. Some of their greatest villains, like the Red Skull and Loki, are there to stir up some trouble. It’s a fun show both on the stage on in the sky.

And don’t worry, Mickey, Minnie and the gang aren’t left out of the stage fun. They don their Marvel costumes again to take the stage for a Super Hero Celebration. It’s a fun deck party, perfect for younger sailors.

And don’t forget about the star-spangled man with a plan. Fans can take a step back in time with the Star-Spangled USO Show. With great music, dancing, and a special appearance from Captain America himself, this show has something for everyone!

Marvel fans can even get in on the fun themselves by dressing up as their favorite Marvel characters. There are also special movie screenings of Marvel Studios blockbusters and classic hits both in the Buena Vista Theatre and on deck. And while you’re on deck, Funnel Vision will also feature some of your favorite Marvel TV animated series.

A Marvel 101 super hero session will allow fans to brush up on their Marvel Universe knowledge, which is a good thing because guests can also test that knowledge in family trivia contests. And if you’re the artistic type, you can learn to draw characters like Spider-Man, Captain America, Iron Man and Groot.

Young Marvel fans can also enjoy special experiences in the Oceaneer Club, including Marvel-themed craft-making, games and special programming. Kids can even train to become a special agent and test their reflexes, speed and intellect with Spider-Man. 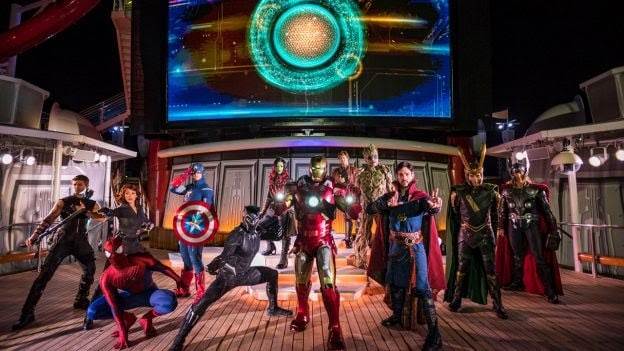 There is truly something for everyone aboard a Marvel Day at Sea cruise. It’s the ultimate cruise experience for True Believers and you can see all of the 2022 dates here. Excelsior!