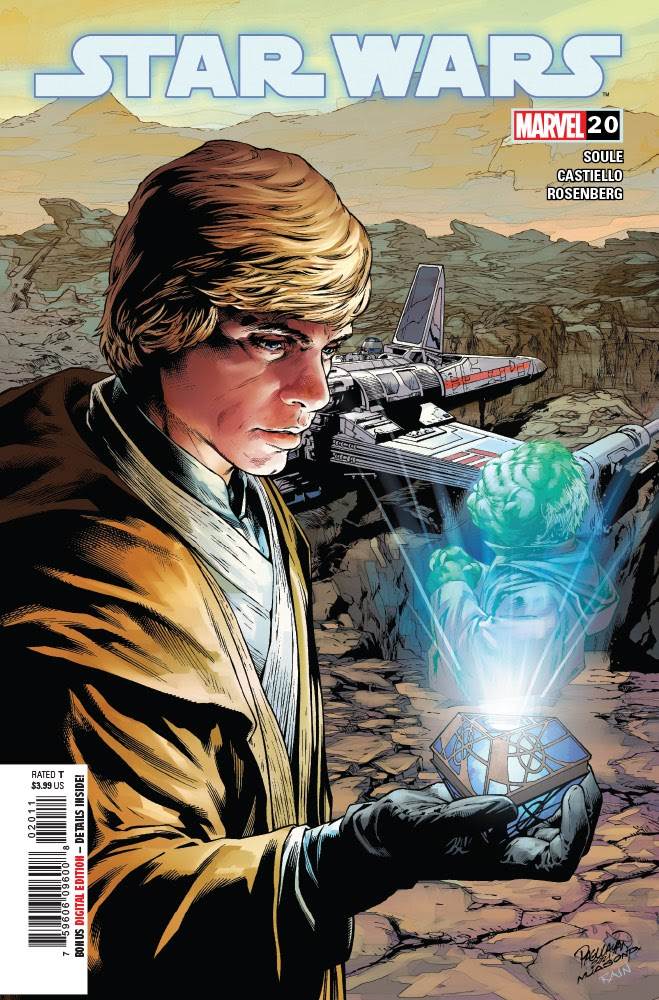 Lucasfilm’s ambitious multi-platform initiative Star Wars: The High Republic has been running for a year now, but since it’s set several centuries prior to the events of the Skywalker Saga, there hasn’t been much opportunity for its characters to meet those we knew from the Original Trilogy (who aren’t many hundreds of years old, of course). But what Marvel Comics’ main Star Wars title writer Charles Soule presupposes in this week’s new issue is that maybe such a thing is possible… through the Force.

Star Wars #20 picks up where the previous issue left off– with Luke Skywalker having discovered a Jedi holocron documenting the teachings of none other than Master Yoda (who happens to still be alive during this period, as this story takes place between The Empire Strikes Back and Return of the Jedi). 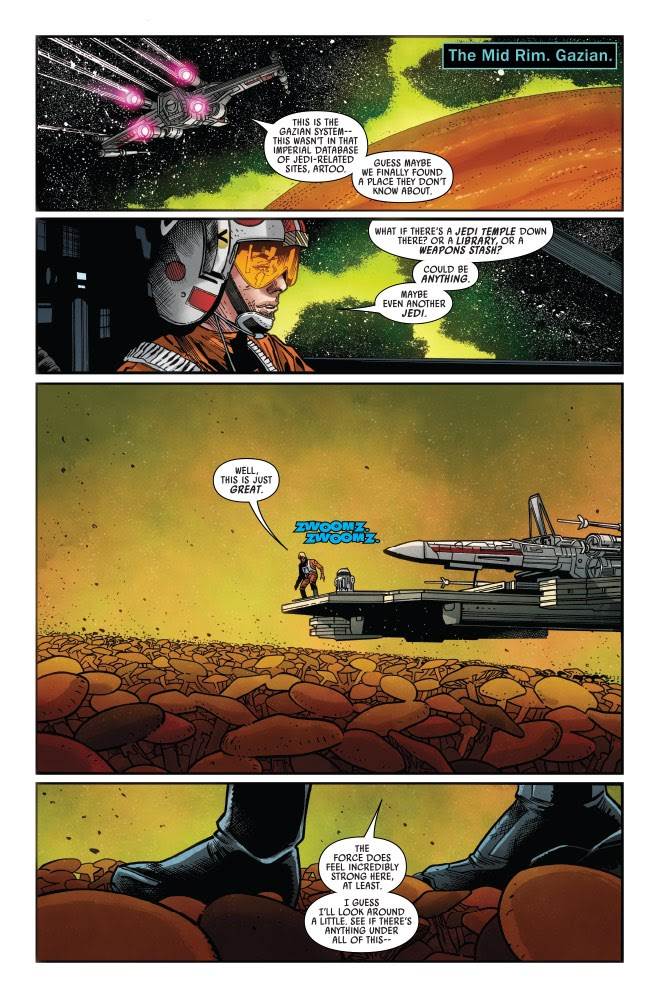 Luke gets frustrated that Holocron Yoda only seems to want to teach him things he’s already learned from present-day Yoda, until the little green Jedi drops one juicy tidbit: a mention of the “Living Sea of Gazian,” which he describes as a vergence of the Force, where the energy field that gives the Jedi their power would be more sharply focused. Naturally Luke jumps at the chance to check out another potential Jedi hotspot, hops in his X-wing, and brings that trusty astromech droid R2-D2 along for the ride. Once on Gazian, Luke pretty much immediately sinks into its literal living sea of hallucinatory fungi and meets a vision of Jedi Master Elzar Mann from the High Republic era. Evidently the Gazian mushrooms make carbon copies of the minds of every being who ever visits the planet, so Luke and Elzar are able to have a one-on-one conversation that covers the nature of the Force, comparing lightsabers (there’s an odd, pregnant moment where Mann mentions that the Skywalker saber hilt reminds him of his own, and I’m not sure what to make of that), and whatever happened to the Republic and the Jedi Order between Elzar’s time and Skywalker’s. Luke also sees visions of Ahch-To and ancient (to him) Coruscant, plus images of the Jedi throughout their history– fighting in battles against the Sith, communing with what look like giants or vice-versa (another panel I have a lot of questions about), and metaphorically dwindling to the flickering of a single candle, representing Luke himself. 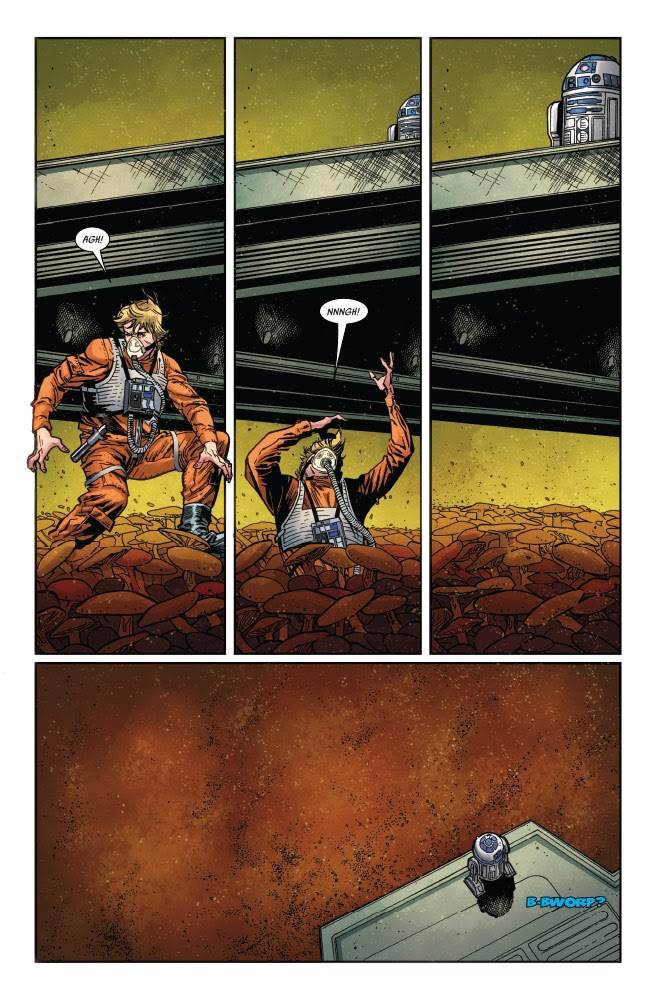 Before he leaves the planet, Gazian– as promised– makes a copy of Luke to keep on file within the fungus-brain and gifts him with what sure looks like it could be one of the ancient Jedi texts that eventually wind up in Rey’s hands during the Star Wars sequel trilogy. Phew. This issue is a lot to drink in and process, but Luke calling the text “an invitation” might be intended to give readers a sense of where all this is headed. We don’t know when exactly along the timeline Luke discovers Ahch-To (the planet he’ll ultimately become one with the Force on) but I’m starting to wonder if it doesn’t happen sooner rather than later. And with this comic, Soule further solidifies his standing as one of the absolute strongest writers working in Star Wars today. In partnership with artist Marco Castiello, he’s really created something beautiful– a tie-in to The High Republic that doesn’t feel crass, but instead comes across as a heartfelt and thoughtful meeting of the minds between two eras of an ongoing saga. It’s a shame that, due to the particular circumstances behind the confluence, Elzar can’t carry any of his future knowledge to put to use in his own time, but I’m betting Luke is going to get an awful lot out of this meeting in the stories to come. Star Wars #20 is available now wherever comic books are sold.