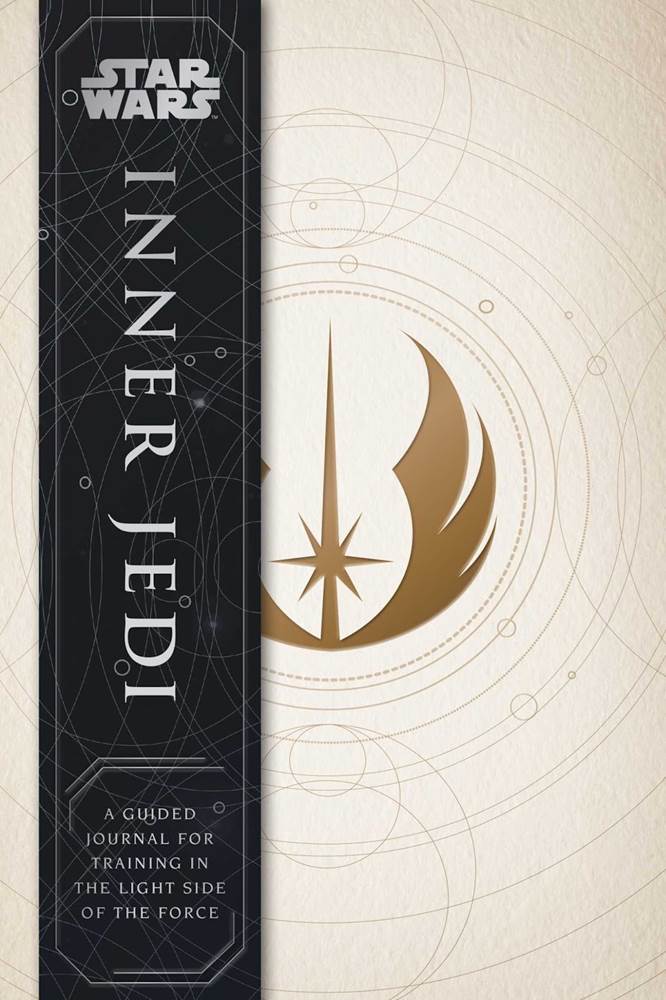 In these trying times (both in the real world and in A Galaxy Far, Far Away), who doesn’t need a little bit of centering? Fans– or even practitioners– of the Jedi Order from the fictional Star Wars universe who are looking to achieve some peace and practice a bit of selflessness this year are going to want to pick up a copy of Star Wars: Inner Jedi – A Guided Journal for Training In the Light Side of the Force from publisher Insight Editions.

I received an advance review copy of this book, which officially becomes available in early February, and have already found it to be a helpful resource in learning how to better myself… the Jedi way, naturally.

Star Wars: Inner Jedi consists of 52 weeks’ worth of examples and quotes from the Star Wars movies and television series, accompanied by daily acts and reflections such as listing mentors who have influenced you or those you have influenced through mentorship, meditation practices, coloring and drawing exercises, and enumerating one’s own goals for the year. Each week’s page heading cites a lesson from the Star Wars franchise and prompts participants to cite similar cases from their own lives. It’s admittedly difficult to write about a book that mostly contains empty space for the reader’s contributions, but I will say that sometimes it takes a connection to a familiar fictional property like Star Wars (not to mention its wide array of characters and themes) to elicit an ambition toward self-improvement from those like myself who were raised on popular culture. I think this book, like Amy Ratcliffe’s Star Wars: The Jedi Mind from 2020– or even Star Wars: Be More Boba Fett, which I reviewed just a couple weeks ago– is a great example of how to use mass-cultural touchstones in order to encourage reflection and betterment in those who care to emulate their heroes, be they fictional or otherwise. For that reason I believe Star Wars: Inner Jedi would make a good gift for someone in your life– or oneself, of course– looking to find a way to contemplate their existence by comparing their deeds, morals, and outward attitudes to the guardians of peace and justice in the Star Wars galaxy. 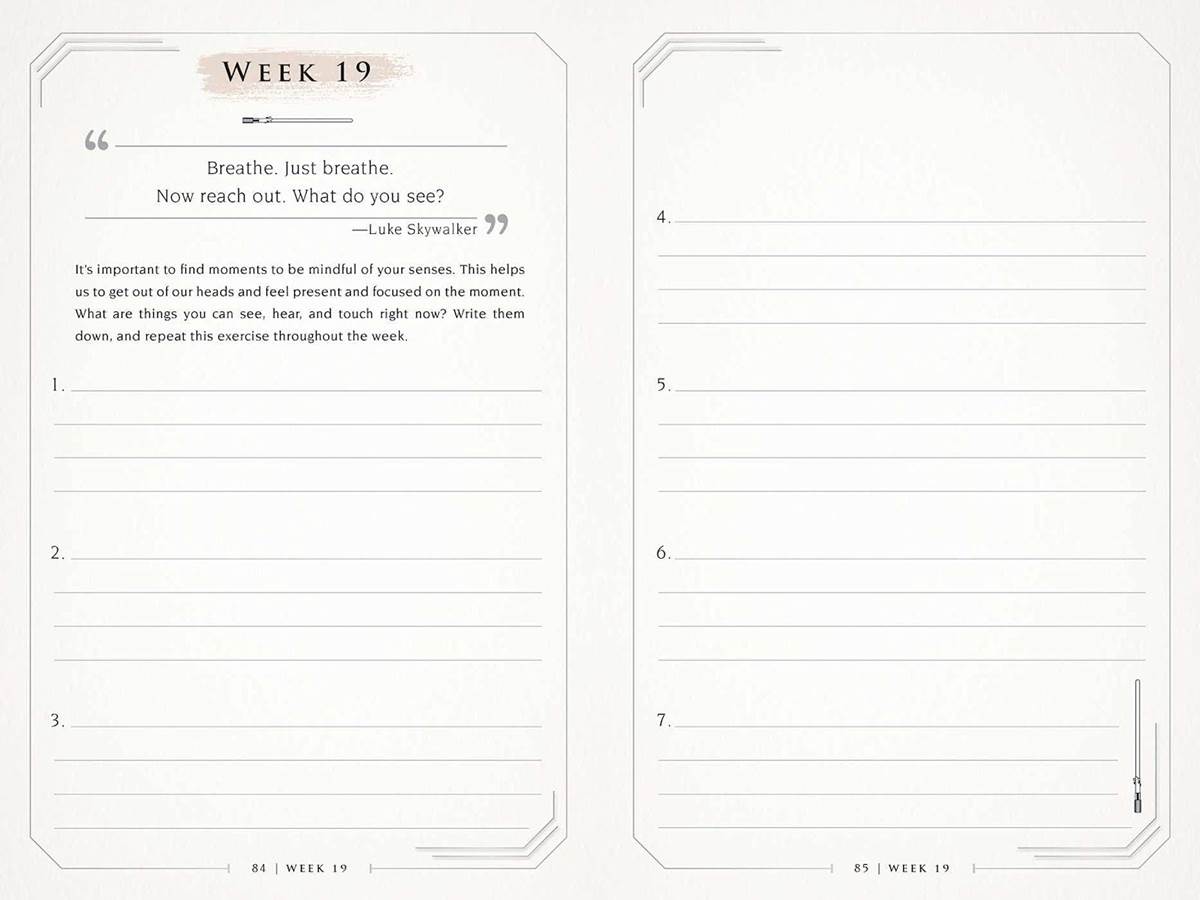 Star Wars: Inner Jedi will become available on Tuesday, February 8 wherever books are sold, but is available now for pre-order.