“It's like the alcoholic’s version of Big or 13 Going on 30,” executive producer Jenni Konner joked about the new Freeform series Single Drunk Female. Created by Simone Finch and inspired by her own experience as an alcoholic in her twenties, the comment was made in response to Simone’s description of feeling like she jumped from 15 to 28 through sobriety. During a TCA press conference, the creative team was joined by stars Sofia Black D’Elia and Ally Sheedy. 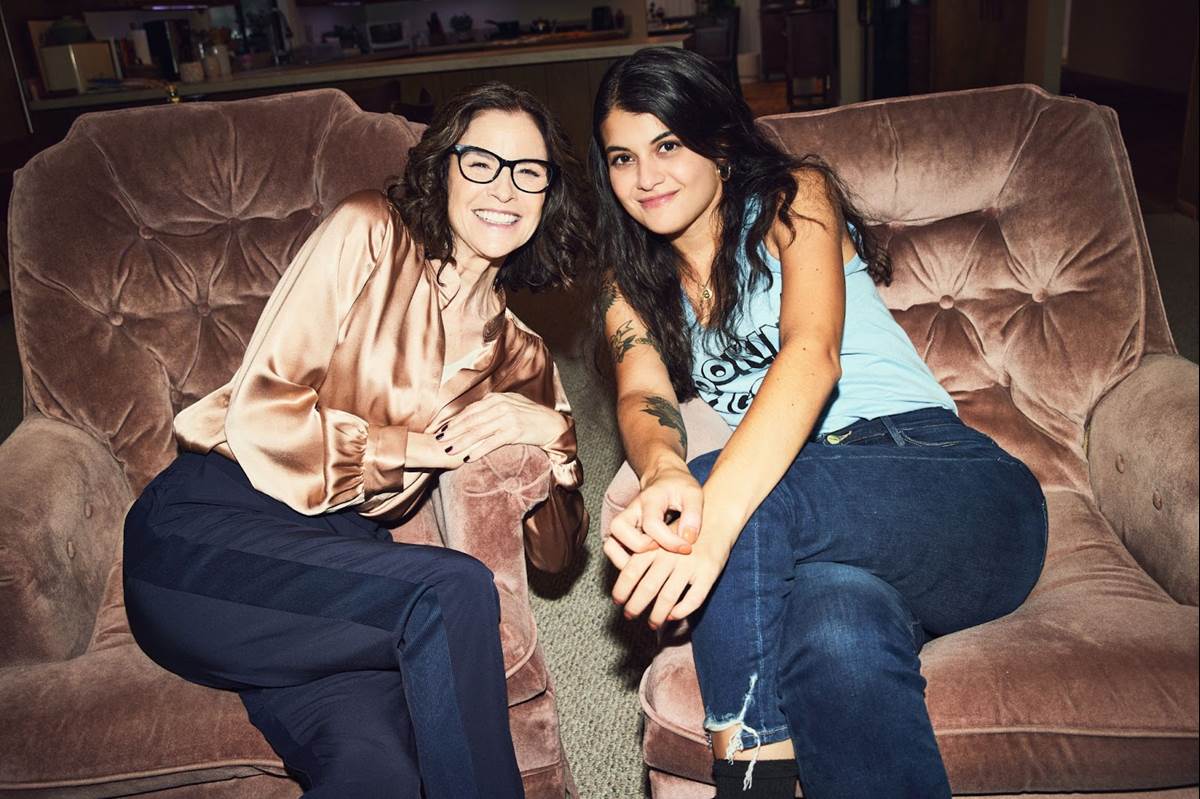 “I definitely was medicating my grief with my father's death,” Simone Finch revealed about the events that lead to her substance abuse. “He died when I was 20, and that's what I was doing. And until I got sober, I didn't realize that that's what was happening. Everyone else was moving on with their lives, and I was still living in a cockroach-infested studio apartment, and that's not glamorous at all.”

Single Drunk Female has actually had a ten-year journey to the screen, with the creator beginning her first draft in 2012, before she got sober. “I realized it was about a girl getting sober, so, I call it a living script, and it sort of evolved as I got more sober, and that's really how it started,” Simone Finch shared. “[Alcoholics Anonymous] saved my life, and it's the most important thing I've ever done.”

The show is a dramedy, often finding humor in Samantha’s process to clean up her life, but the creators were careful not to make fun of the twelve-step program. “We are trying to tell the story of one amazing character through the lens and the voice that Simone gave us, and everything comes from a real experience and comes from that authenticity,” executive producer Daisy Gardner explained. “Every script goes through an alcohol consultant, a sobriety consultant, and we have discussions about it.”

One of the suggestions made to the team by a consultant was to not let Samantha date. “There's nothing written about the first year not dating, it's kind of an unwritten rule, and a lot of people take it really seriously,” Simone explained. The series creator also looked to the film Rachel Getting Married as an example of how to depict alcoholism correctly on screen. “It's also just one of my favorite movies of all time,” Simone added. “I think Anne Hathaway does an amazing job at portraying, the same way that our Sofia did, that unfurling of skin when you are really sober.

At the core of the show is the relationship between Samantha and her mother Carol. “I love this relationship so much,” Sofia Black D’Elia explained about the mother/daughter dynamic. “To me, it's the heart of the series. It's complicated and funny and weird and nuanced in a way that I think any girl with a mother can understand and relate to, and it's really fun doing it with Ally.”

Playing Carol is Ally Sheedy, a veteran of the 1980s teen comedy scene, including the John Hughes classic The Breakfast Club. “It's very fluid and messy, which is what I love,” Ally Sheedy shared, whose performance is inspired by her own experience. “My mother shows up in Carol. There's no way to get around that. I show up in Carol as a mother that I am, and then a whole bunch of dimensions in the writing gave me different textures for Carol. But, of course, I'm drawing on real, true life.”

Single Drunk Female debuts on Thursday, January 20th, with a double-episode premiere at 10/9c on Freeform. Episodes will stream on Hulu the day after they air.