Lucy and Desi is a love story for the ages. On the heels of Aaron Sorkin’s Being the Ricardos, Prime Video depicts the true story of Lucille Ball and Desi Arnaz with a documentary film. The documentary directorial debut of Amy Poehler, the film held its world premiere at the 2022 Sundance Film Festival ahead of its streaming debut this March. 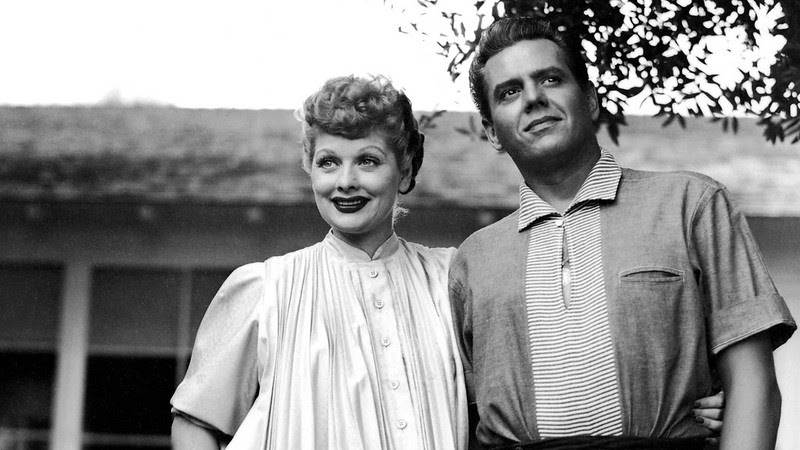 Rather than telling the life story of Lucille Ball or Desi Arnaz, the film is really the story of their relationship. It touches on a few key moments from their lives before meeting one another, but it doesn’t set out to be the definitive story of either of their lives from start to finish. As anyone who knows this story will quickly realize, this means it primarily focuses on their twenty-year marriage, which includes the creation of Desilu and its flagship show I Love Lucy.

Audio recordings and archival footage allow Lucille Ball and Desi Arnaz to tell their own stories, joined by other interview subjects. This includes multiple people who knew them both, including their children Lucie Arnaz Luckinbill and Desi Arnaz Jr. It also includes a few anecdotes from the descendants of key players behind the scenes of I Love Lucy, including Gregg Oppenheimer (son of co-creator/writer/producer Jess Oppenheimer) and David Daniels (son of director Marc Daniels).

In addition to telling Lucy and Desi’s story, the film celebrates the progress made through their public relationship. In addition to depicting a multicultural couple on television and turning Lucy’s real-life pregnancy into the story on the show, it also showcases how the Lucy/Ethel friendship went against type in that era. Laura LaPlaca, media historian and archivist, becomes the main commentator through these moments.

While this story has been told before in multiple formats, one of the strengths of Lucy and Desi is the way it showcases Lucille Ball’s mentorship in her later years. Carol Burnett and Bette Midler share their own stories of how they met Lucy and were taken under the comedy legend’s wings. It paints a picture of a version of Lucy that we don’t often get to see or hear about and sets this documentary apart.

It’s not hard to make you fall in love with Lucille Ball or Desi Arnaz (if you seek the film out, odds are you already do). But Amy Poehler really captures the essence of each side of the satin heart and in the end, you can’t help but cry as their story ends. It omits some of the less idyllic aspects of their relationship, with no discussion of infidelity, but therefore makes the story easily accessible for the whole family of I Love Lucy fans.