You don’t have to know a lot about how Earth makes oxygen to know that the rainforests are a vital part of our ecosystem. In The Territory, a documentary film from Alex Pritz, stakeholders of the efforts to preserve and destroy the rainforest in Rondônia, Brazil. Premiering at the 2022 Sundance Film Festival, The Territory was picked up by National Geographic Documentary Films. 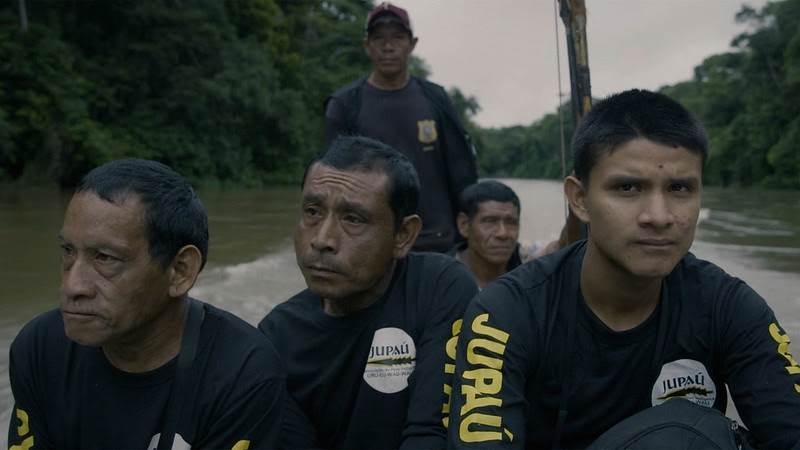 The biggest stakeholder in the film is the Indigenous Uru-eu-wau-wau people, who have lived in and protected the rainforest from non-Native Brazilians for centuries. Their numbers now dwindled to less than 200 individuals, the film primarily follows Bitaté, a teenager who grows into a young leader during the course of the documentary. Seeing the way these stewards of the land try to protect it from deforestation is part of why The Territory is such a special film.

Neidinha, a Brazilian environmentalist, is the other key protagonist in the film. Her belief is that preserving the Uru-eu-wau-wau people also preserves the rainforest and she works closely with them, considered a second mother by Bitaté and much of the community. Through her, we get to see the issues with both the Brazilian government and media in representing this story.

On the other side of the spectrum, a farmer named Sérgio and a settler named Martins fight to take a piece of the rainforest for themselves. Trespassing, chopping down trees, burning clearings, and setting up structures, they believe their work is supported by their political and religious leaders. With no narration, they’re given their own voice to speak their case as the film documents their destruction.

Filmed over the course of several years, the narrative includes a jump forward in time during the pandemic, representing an additional threat to the Uru-eu-wau-wau people; exposure to COVID-19 from the invaders on their land. In their adoption of technology like drones from Neidinha and cameras from the filmmakers, they switch to filming themselves. It actually helps underscore Bitaté’s journey as he becomes a progressive new leader for his people.

The Territory is a deeply human story, showcasing an area that is critical to the health of the planet while focusing solely on the people who call it home. It’s a story about fighting for what’s right despite the gigantic hurdles that stand in the way. It instills in its viewers a sense of hope for the future if we can all adopt the Uru-eu-wau-wau spirit to take action and save the planet.

I give The Territory 5 out of 5 stars.