Welcome back to Wonderland! The Walt Disney Company has a long history with Lewis Carroll’s fantasy world dating back to its founding in 1923. The 1951 animated feature has become the imagery most identified with the characters in modern times and Disney is sending kids back down the rabbit hole in the new Disney Junior series Alice’s Wonderland Bakery, premiering February 9th on Disney Junior/Disney Channel, DisneyNow, and Disney+. 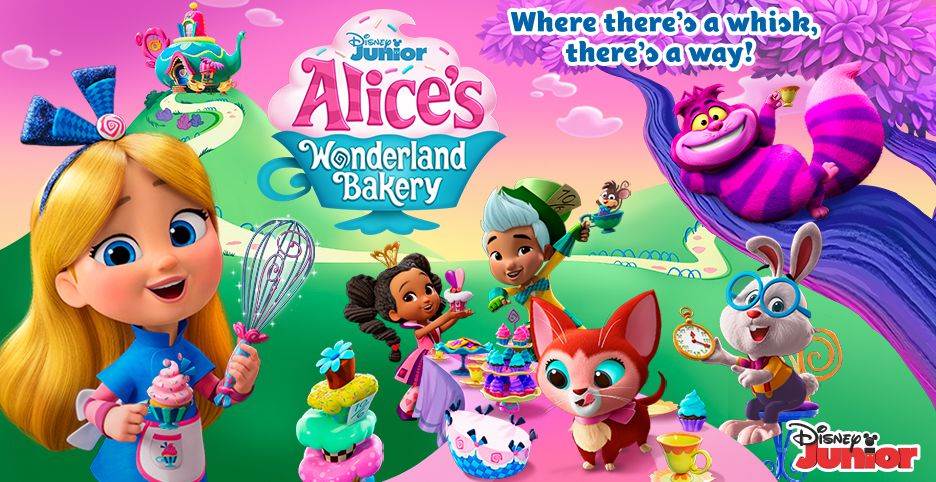 A more contemporary take, the titular Alice isn’t the one you remember from the original film, but her great-granddaughter and namesake. Wonderland is full of yummy treats that do magical things and this Alice makes them in her very own bakery, with the help of her friends Hattie, Fergie, and Princess Rosa, descendants of the White Rabbit, Mad Hatter, and Queen of Hearts. Just like the original Alice, this new character also has a pet cat named Dinah.

As a kid, my first exposure to Disney’s Wonderland was also through a Disney Channel series, the live-action 90s-infused Adventures in Wonderland. While Alice’s Wonderland Bakery isn’t as modernized as the show I remember from my youth, I instantly found myself nostalgic for rollerblading white rabbits and hip-hopping Tweedles. That show depicted a more multicultural version of Wonderland and Alice’s Wonderland Bakery is cut from a similar cloth, with a new generation of kids being able to see themselves in this magical world. The colorful world that Mary Blair helped create for the 1951 film gets extended into this computer-animated land, which celebrates the visual esthetics of the animated classic. While most of the characters are new, there are a few originals that still inhabit the world. The Cheshire Cat is seemingly ageless, still popping in to cause mischief for Alice, and the Doorknob will make a few appearances. You might even see a few familiar creatures in the Tulgey Wood, bread-and-butterflies, and maybe even a jabberwocky (a character from the Lewis Carroll books omitted from the animated feature).

As you would expect from Disney Junior, Alice’s Wonderland Bakery is very musical, with each 11-minute segment containing new songs in addition to “The Baking Song,” which kids will soon know by heart. The characters don’t ask kids to participate, but with lively rhythms, little ones are sure to want to get on their feet to dance and sing along. The series also embeds preschool lessons in each plot, with kids absorbing not only social and emotional skills, but learning about counting and measuring through Alice’s baking projects. 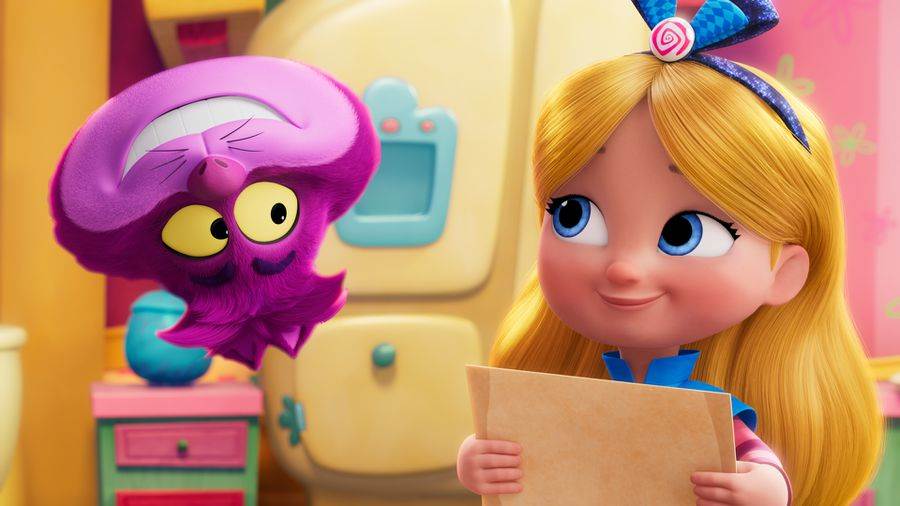 From the creative team behind hit Disney Junior shows like Sofia the First and Doc McStuffins, Alice’s Wonderland Bakery is another winner. It takes the magic formula from the animated classic to create a new recipe that introduces a new generation to Wonderland. Kids may be inspired to want to help their parents in the kitchen after each episode, which can also help parents start conversations with their kids about healthy eating, as Alice’s baking treats are often the kind of food you only want kids to have in moderation.

Alice’s Wonderland Bakery premieres Wednesday, February 9th at 10:30 AM ET on Disney Junior and Disney Channel. Several episodes will be streaming that same day on DisneyNow and Disney+.