It’s been twenty years since Single White Female became a cult classic and on February 5th, Lifetime reinvents the story for our modern times with Single Black Female. Stars Raven Goodwin and Amber Riley recently reunited to share behind-the-scenes stories from the set and talk about their longtime friendship off-screen. 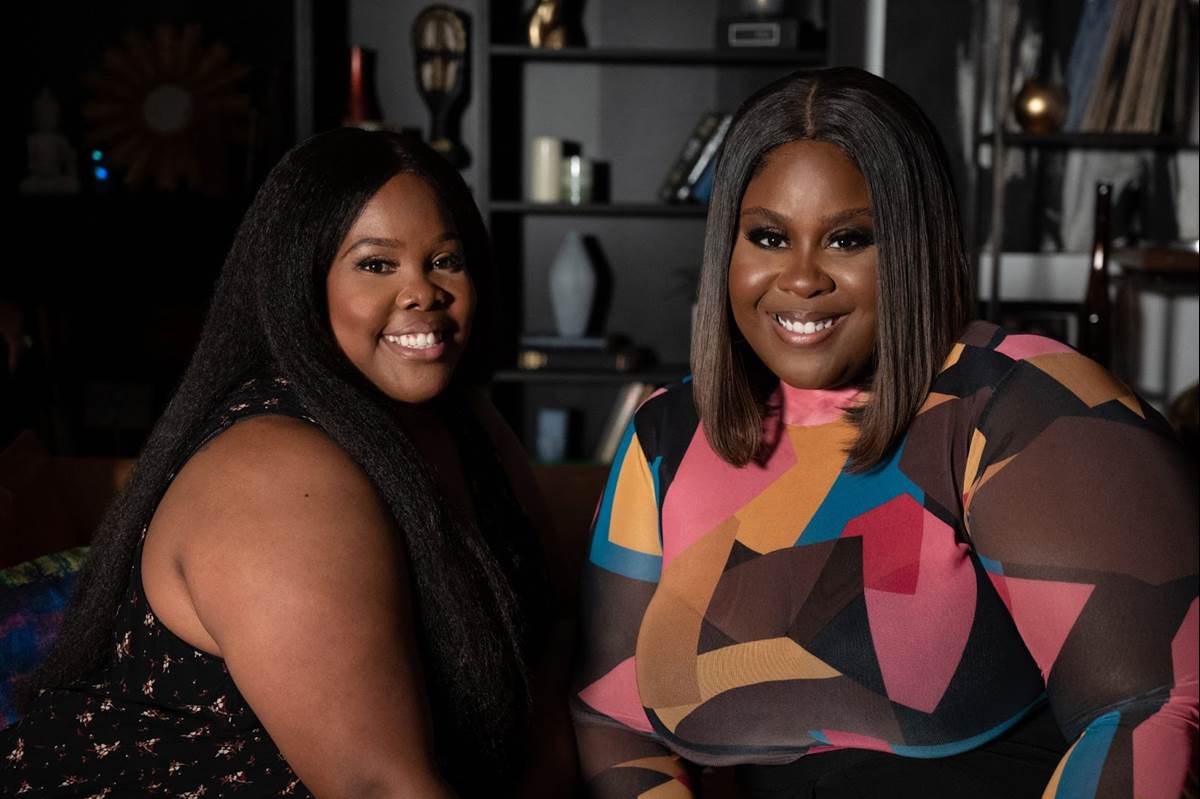 “Raven and I are already friends and have been for years,” Amber Riley explained, referring to her co-star as her “Industry Twin” who was often mislabeled as her on IMDB. “I was already a fan watching her career coming up. So we took a picture years ago, we went to Essence Festival and literally manifested doing this, doing a movie together. Thousands of comments and likes are under that picture of us saying like, ‘Come on, Hollywood, put us in a movie together already.’ So this was a literal dream come true and the manifestation of something that we wanted, so it was amazing.”

The film may be a psychological thriller, but the two actresses still had a lot of fun on set. “We just sat in my trailer, and we just we did what black women do best, we kee-kee’d,” Raven Goodwin laughed. “And we ate, and we just had an amazing time…. Memories like that I’ll hold on to for the rest of my life. I’m super grateful for this experience.”

While the characters of Monica and Simone are different from the personalities of both actresses, they each found ways to relate to their roles. “I had to tap into insecurities that I had about myself, and I know, for me, growing up there weren’t many people that looked like me,” Amber Riley shared. “When I found a singer or an actor, which most of them were in theater, I wanted to model after that person, and so that insecurity that Simone has, not feeling good enough and wanting to be Monica, I did tap into that, back into that kind of that little girl that was like I aspire to be someone else.” Raven found a different way to relate to the more self-confident Monica. “The grieving piece is where I connected with Monica, all the moments where we had to bring back that piece of her life that would never be the same,” Raven revealed, sharing that her father passed away in July and Monica just lost her father, too. “Although it was difficult, it was kind of healing to go through that with Monica at the same time and just empathize and sympathize to what she was going through at the time.”

“It was a lot of fun,” Amber added about playing Simone, who tries to take over Monica’s life. “There were some moments where I actually disturbed myself, because I had to tap into uncomfortable moments that I would never do and get outside of myself, and when you can get outside of yourself you really, in those moments, feel like an actor, you know what I’m saying? And so it was fun, and we all have those sides, we all have those thoughts, and common sense kicks in and morals kick in, but I had to put all of that to the side, and even though it was uncomfortable it was also sometimes a great feeling to take years of aggression and feelings that you have and just put it into that moment.” She also sang the praises of the hair and makeup team, who helped sell the moments where the lines between Simone and Monica start to blur.

“I love horror and thriller films, and I always wanted to be the girl running and dragging my leg and looking back and falling and that’s just something I always wanted to play with,” Raven Goodwin recalled. “I had a lot of fun with it, and it was really fun to be opposite of Amber. It was funny because we’ve known each other for over a decade, so there were times where we just wanted to laugh, and it was hard to be afraid of her because she’s like a sister. But for the most part, I just had fun with it.”

You can watch Raven Goodwin and Amber Riley as Monica and Simone in Single Black Female, premiering Saturday, February 5th at 8/7c on Lifetime.