The first Disney-branded Scentsy release of 2022 gives fans their very own personal healthcare companion, Baymax! The inflatable robot from Big Hero 6 arrives on February 7th as a cuddly Scentsy Buddy plush. And homemakers can bring home the smells of San Fransokyo with the “Big Hero 6: Would You Like a Hug?” fragrance, available as a Scentsy Bar and Scent Pak. 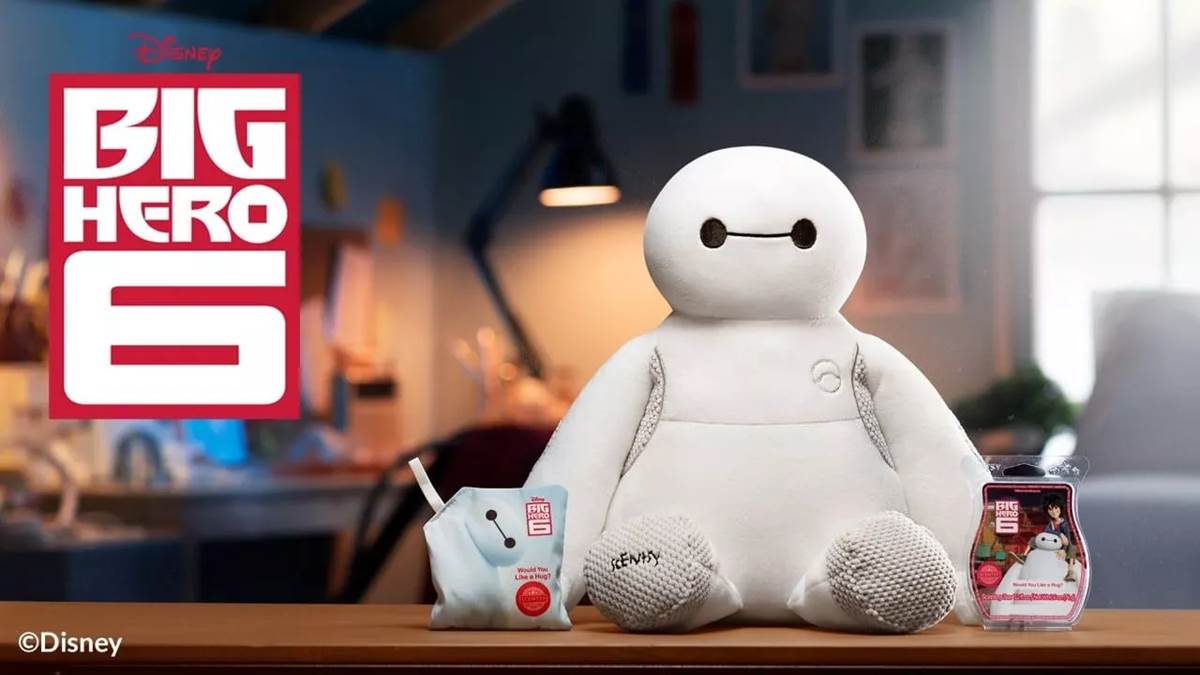 “Big Hero 6: Would You Like a Hug?” includes marshmallows in the fragrance, fitting for the marshmallow-like bot Baymax. Meant to feel comforting all around, the other notes in this new scent are strawberries, raspberries, and sugar. Licensed Disney Scentsy bars for wax warmers retail for $6.50. The fragrance will also be available as a Scent Pak, a scented bag of beans that can be placed inside a Scentsy Buddy but are also great for adding fragrance to closets, drawers, or anywhere where having a wax warmer may not be an option. Licensed Disney Scent Paks retail for $7.50, although they are sometimes only available as a bundle with a Scentsy Buddy. 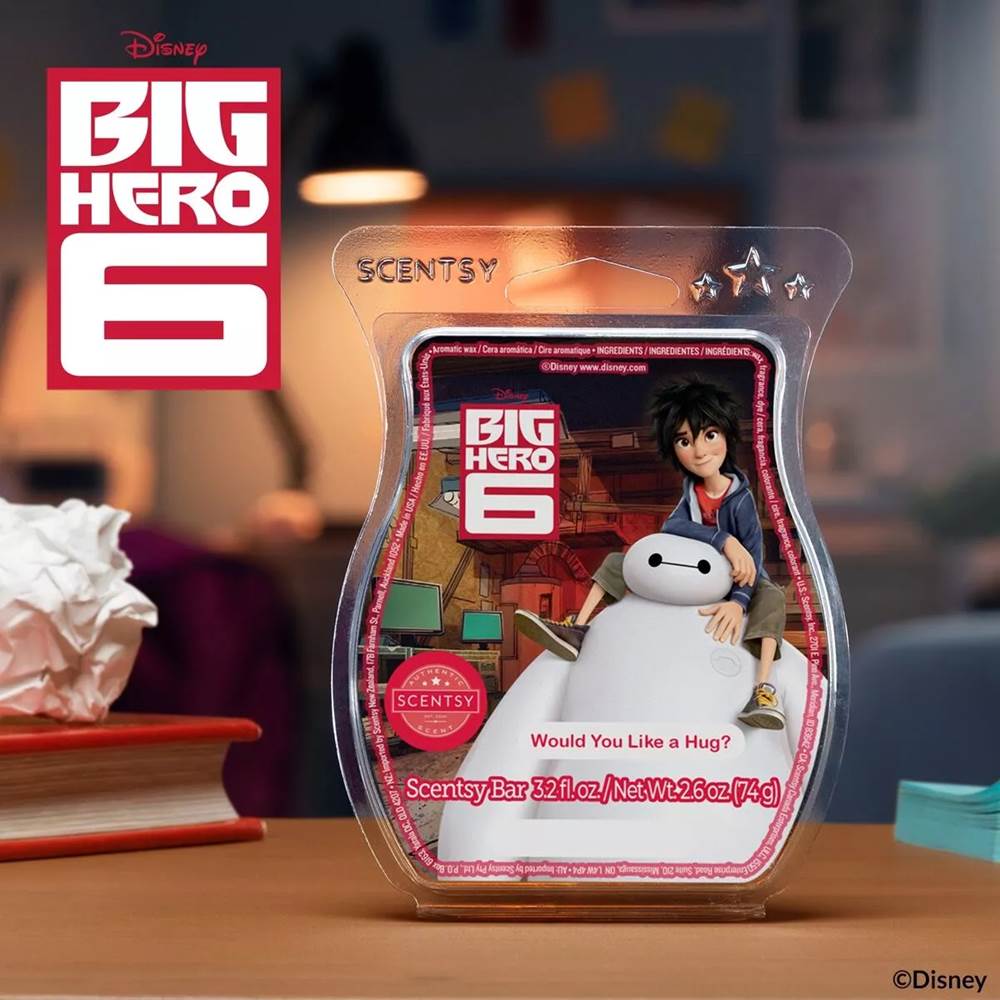 The price of the Baymax Scentsy Buddy is not yet known and will be revealed when the collection launches on Monday, February 7th between 9:30 and 10:30 am PT. Disney licensed Scentsy Buddies typically retail for $40. In addition to a zippered compartment that can hold a Scent Pak (included with the purchase of a Scentsy Buddy), what sets these plushes apart from others is the multi-sensory experience. Instead of corrugated arms and legs, Baymax has a woven material on his gray accents, including his elbows and the bottoms of his feet. In addition to the 2014 animated film, Baymax was featured in the Disney Channel animated series Big Hero 6 The Series and will next be seen in the Disney+ short-form series approximately titled Baymax!